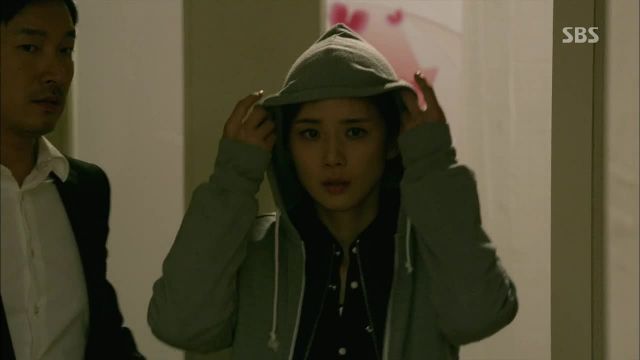 "God's Gift - 14 Days" barrels forward from week to week, overturning dark and dirty truths about everyone in its wake. The truths run deeper than anyone knew and turns innocent men guilty, and guilty men a little less guilty. All the while, our heros, Soo-hyeon and Dong-chan, are one painful step behind the missing Saet-byeol.

What is wonderful about this show is that it is so well-planned . The writer is feeding us morsels of information without letting us feast on whole truths. It keeps us hungry and hankering for more. I love it. Take Ji-hoon, Soo-hyeon's husband, for example. At first he is a model husband, human rights advocate, and doting father. With bits and pieces of information sprinkled throughout the episodes we learn that he is a cheater, too ambitious as a lawyer, and willing to compromise what is right for what he wants. His upright morality has been sullied, but he still loves Saet-byeol and believes he's done what's best for her. He, like most characters in "God's Gift - 14 Days", has gradually morphed from a black-and-white person, to a grey, greatly flawed human being.

Soo-hyeon has grown from a hysterical woman to one who can use her head under pressure. This episode has her following hot on her daughter's heels, separating the words from her husband's mouth into truths and untruths, and managing to keep the hysterics at bay so she can focus on saving her daughter.

There was a particularly beautiful moment when Soo-hyeon learns why her mother gave her up when she was a child. It showcased what a wonderful actress Lee Bo-young is and proved yet again that this drama is well-planned. There have been many small moments and clues dropped throughout the drama as to why their relationship was strained. They all came together in a short, understated scene that was the perfect culmination of understanding, guilt and forgiveness.

One of my favorite aspects of the show is the Soo-hyeon/Dong-chan pairing. They bring out the best in each other. She tempers him and she drives him. He sharpens her and he believes in her. They are working towards the same goal: save Saet-byeol and his wrongfully incarcerated brother. Or rather, they were working towards the same goal. The formidable duo has now been pitted against one another. Their single quest has split into two as interests divide. It's a clever plot move this late in the game. Will they fight, or will they use their wicked teamwork to think up a solution and save both of their loved ones?