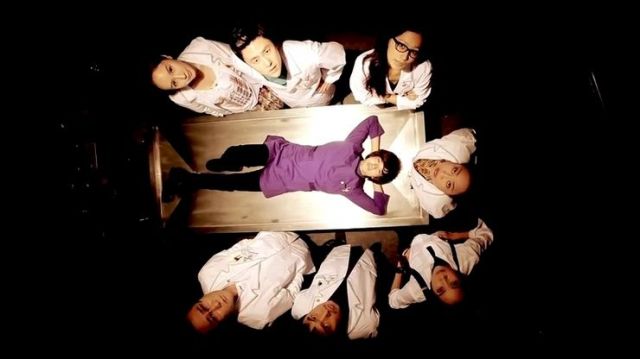 Most of OCN's crime series are very similar in the types of protagonists they have. Both "Vampire Prosecutor" and "Special Affairs Team TEN" have slightly brooding tortured male leads. 'Ghost Seeing Detective Cheo Yong' also goes for a male lead with a painful past and "The Virus" is no exception. "God's Quiz" does have its darker main plot and painful past too, but it being within the medical as well as crime genre and its nerdy and more on the relaxed (at least on the surface) side lead is where this series differs from the rest of OCN's works.

Han Jin-woo (Ryu Deok-hwan) is a top medical examiner who takes up a job leading an investigating medical and forensic team trying to crack mysterious disease related criminal cases. Kang Kyeong-hee (Yoon Joo-hee) is the detective in charge of the legal and investigative part of the cases and is brought in to work with the team, her personality initially clashing with Jin-woo's. As the cases progress, Han Jin-woo is shown to suffer from crippling headaches, his genius slowly revealing itself to come with some dire caveats. 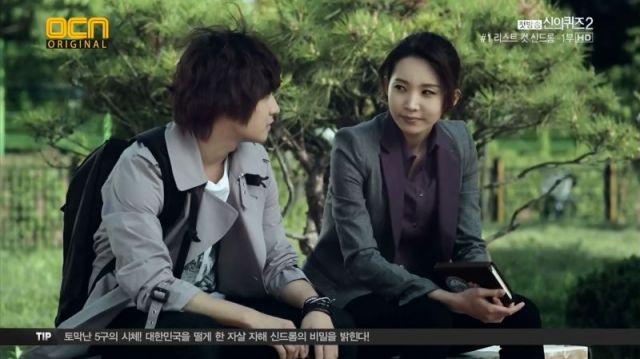 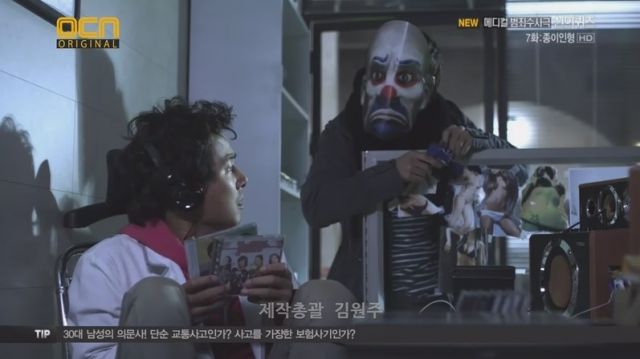 The individual cases are both varied in style, type of case and victim, ranging from more light ones, if death can ever be called that, to darker and more moving ones. As usual with the genre and other OCN series, many of the crueler sides of society are brought to light and social commentary on them is par for the course. There are some good cameo appearances and the dead are very much the focus in most cases.

The main plot itself is a good deal darker and it does eventually become quite convoluted by 'God's Quiz Season 3'. Since the stakes are already high in season one, with Jin-woo's life being on the line from his bad headaches, the writer had to keep raising those stakes until they eventually reach the far-fetched. That said, the fact that Jin-woo is such a fun, funny, likable and easy to sympathize with character means his survival and well-being become important enough to viewers to still bring suspense despite the increasingly complicated and occasionally over-the-top nature of his story.

Given multi-season series is a new thing for Korea, they are still finding their balance in many ways. One thing which changes between seasons here is a couple of secondary characters and the absence of Kyeong-hee in season three (she is also in 'God's Quiz Season 2), who is shown as returning at the end of the season. This is somehow made up for by bringing in Bae Tae-sik (Ahn Nae-sang), who is funny enough a replacement for the bickering to make things enjoyable . That aside, the main team is quite a pleasant one to follow these cases through. There is a loud, but secretly softie coroner, a wise and caring mentor, a kpop girl-group fanboy nerd and the differences between Jin-woo and Kyeong-hee (and later Tae-sik) make them typical "married couple" type of duos. There is romance between Jin-woo and Kyeong-hee, but it does not take much space in the actual plot and is simply just there and does bring some more cuteness in at times. 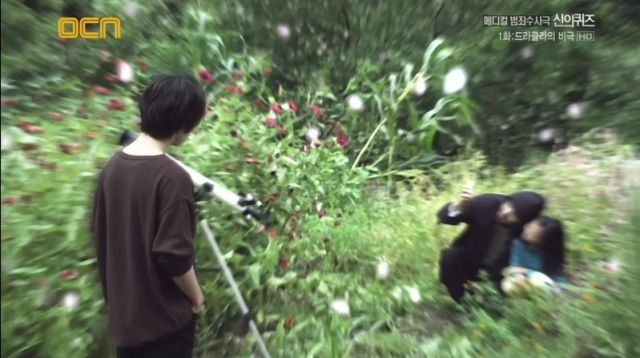 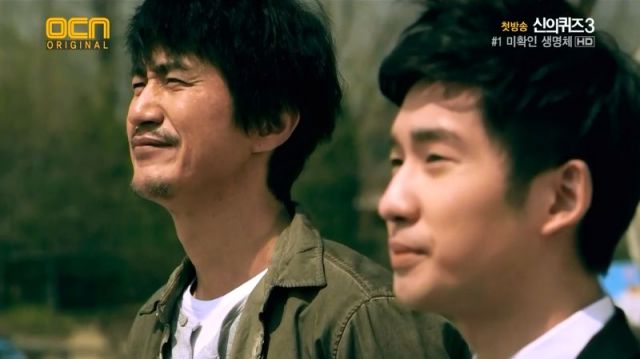 The production quality gets better as the seasons progress and the series is mostly very well presented and visually pleasing. Jin-woo has a method of placing himself in the situations he analyzes in his mind, so it gives some nice imaginary/flashback sequences where the directors can have more artistic freedom. The music is a big plus here, featuring a lot of indie songs from many genres often lacking from most Korean dramas, which prefer pop and ballads for the most part.

"God's Quiz" is a very fun and different addition to OCN's crime series. With the focus being on forensics and rare diseases and the writing more on the geeky side of the spectrum, it is a pleasant ride for those who like the genre and OCN's approach to it. Since Jin-woo and Ryu Deok-hwan's interpretation of him are a big part of the appeal, the main character will be a big turn-on or turn-off for those who want to follow what is mainly his story, but the individual cases and characters in them are the other big part of things and also the main source of entertainment in the drama. With 'God's Quiz Season 4' coming out within 2014 it looks like OCN knows it has a good thing going on with this one.