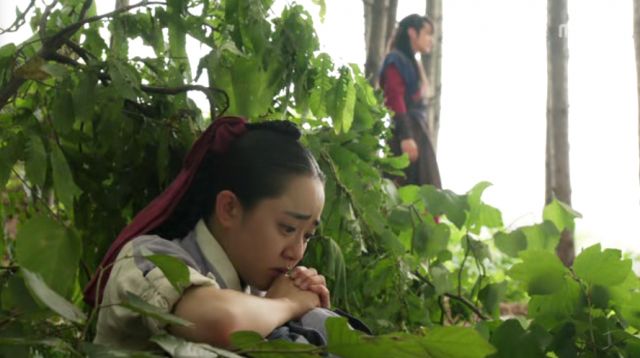 "Goddess Of Fire Jeongi" will never keep you on your toes. It makes it very obvious what problem the entire cast will deal with next. Early this episode Jung promised to keep her identity a secret from Kang-chun and by the end, he'd figured out who she was because she was foolish enough to talk about her creative father and then use her real family name.

That said, this episode had some semi-juicy character development and character tensions that centered around Gwanghae. He finally doesn't cave around Jung and stops following her around like a lovesick puppy. He acts on his anger at her and it's a good thing in terms of plot and realism. It gives his character depth and creates one of the only organic problems in the show. He is furious that she lied about her death because he has spent the intervening years agonizing over his part in it. To see her alive mocks his suffering and he wants nothing to do with her. And yet, he loves her and wants to see her. It's a great dilemma for his character to have. I hope the problem has at least a bit of longevity, but I have a feeling the show will resolve this tension too early as is its modus operandi. 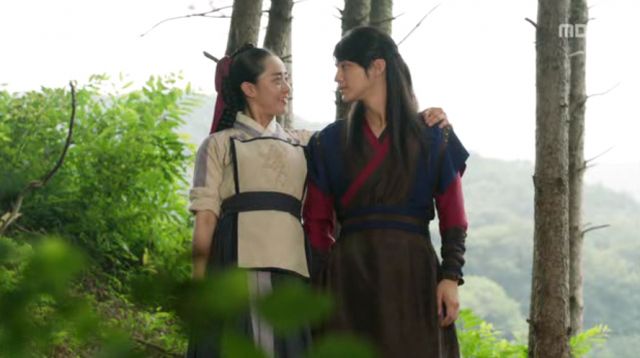 The major conflict in this episode centered around a competition between the menial workers at Punwon Kiln. A female glaze maker who dislikes Jung for all the trouble she's caused at Punwon endeavors to make Jung fail the competition. The glaze maker also dislikes Jung because Jung accidentally caused major trouble for the glaze maker during the firing of the kiln in an earlier episode. I think it's interesting that the only other woman who works at Punwon is against Jung. This often happens. Minorities will turn against each other and align with the majority in a desperate attempt for self-preservation. Unfortunately, Goddess of Fire depicts the glaze maker as merely a spiteful woman rather than give her any kind of depth.

Despite the glaze maker's attempts to expel Jung, Jung overcomes the odds by using her father's techniques and impresses Kang-chun. And as I mentioned before, she also outs herself as Yoo Eul-dam's daughter, a very dangerous thing to do in front of the man who had Eul-dam killed. With Kang-chun's knowledge of who she is, the story should shift into tenser territory. She will have to fight to win the title of Joseon's best ceramicist. She will also have to get rid of that naivete if she is going to survive. Jung relies on Tae-do and Gwanghae to protect her and marches around doing what she believes is right with no regard to her safety. That is not the smartest way to achieve a goal, unless the goal is death. 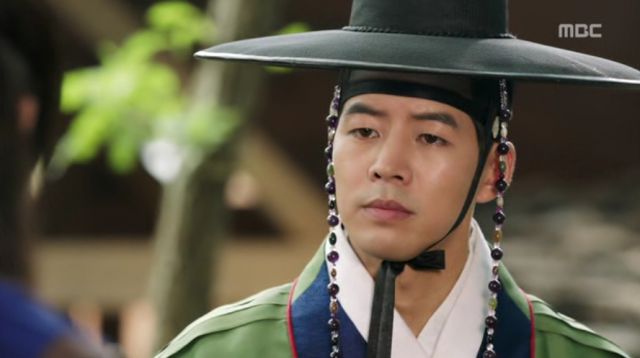