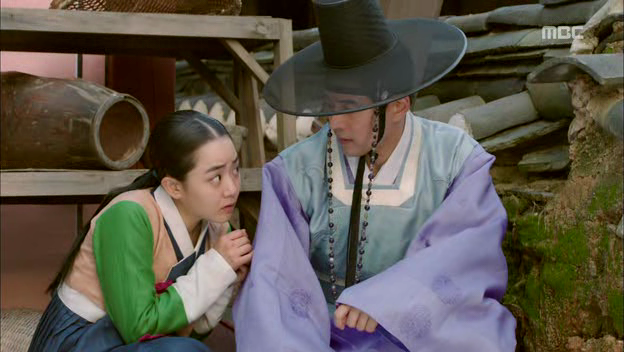 Second lead vengeance finally came into play this episode and it wasn't pretty. In fact, it was completely unwelcome although I expected it to happen since the first episode. Hwa-ryeong tells villain Kang-chun Jung's identity in order to exact revenge on Jung for "taking everything that Hwa-ryeong wants". What this means is that due to factors that are out of Jung's control, Hwa-ryeong is punishing her. It is just another horrible way for the writer to create problems for Jung. There are enough problems inherent in her social and political situation without throwing in second lead meddling. It's one of my least favorite plot devices.

The only positive result of this is that Kang-chun now knows that Jung is his mortal enemy Yoo Eul-dam's daughter. This means that the plot could actually get interesting. It is only logical to assume that Kang-chun will now make earnest attempts against Jung's life. He has done that before, but perhaps now that Eul-dam's assassin that Tae-do has been watching out for will appear and get him involved. Poor Kim Beom and his character have been relegated to the sidelines, watching Jung flirt with Gwanghae, moping and not doing much of anything. 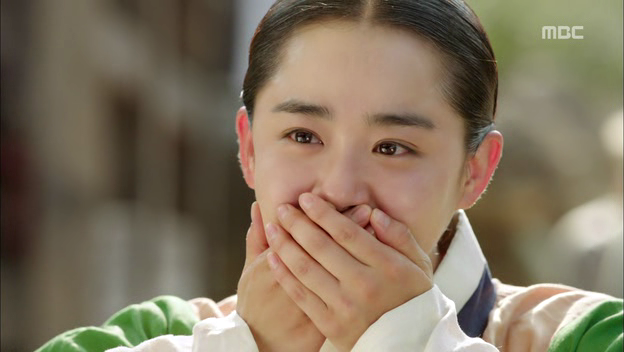 Gwanghae and Jung's romance is developing quite nicely. They have good rapport and spend time together - Gwanghae constantly seeks her out. It will be a while yet before she comes to realize her feelings for him, but at least she reciprocates his friendly flirtations. The romance is one of the only joys in the show now because everything else is so convoluted. Love lines are one of the best distractions in a poorly set up story and this one relies heavily on the romance to make up for its deficiencies.

There are a few historical inconsistencies as well. I've heard modern vernacular used. At one point a few episodes ago, the word "date" was used. This episode, Jung flashed a thumbs up sign. This isn't a fusion sageuk and moments like that really alter the tone of the show. 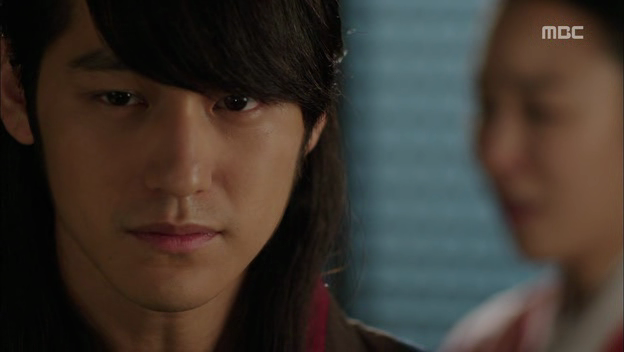 The biggest character development happened with Yook-do. He was defeated by Jung again and publicly humiliated. He is a weak man, easily manipulated by his father and by Hwa-ryeong. When his ego takes a blow, it is easy for him to turn to the same path his father did - using any means to preserve his pride. In this way, he will slowly turn into a a man as corrupt as Kang-chul. This mirrors how Jung is slowly turning into Eul-dam and using the adversity in her life to grow into a better person. The children are turning into their fathers. What makes this have the potential to be interesting is that Yook-do and Jung are half-siblings. Will they turn to each other because of the blood ties or will the blood ties make Yook-do fight against her even more?

Sadly, family feuds are all that comes to mind when I think of "Goddess Of Fire Jeongi". Not much new will happen outside of more ceramics competitions, more of Royal Consort Inbin tries to get her son on the throne, and more of what has already passed . In other words, novelty should not be something we come to expect from this show.