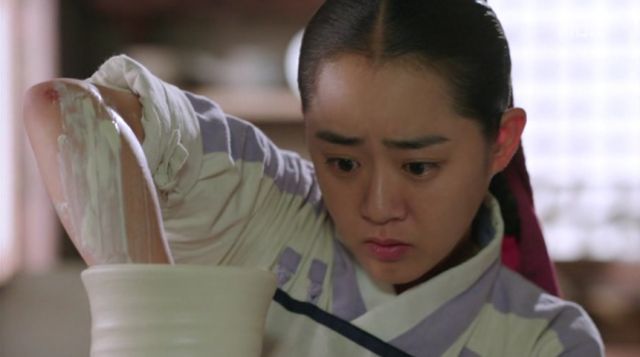 "Goddess Of Fire Jeongi" had an opportunity to strengthen its story and wasted it. The fact that Jung is Eul-dam's daughter angers Kang-chun, but it also foils a lot of political plans. Instead of using this fact to create some tense political intrigue and beefing up the drama, the writer slaps together all the themes highlighted in the story thus far and attempts to make a point: perseverance is key to success.

It is a nice message, but it is so clumsily delivered that it has no poignancy. Jung has been fighting Kang-chun's and the Punwon Kiln's beliefs that women cannot be ceramicists. Kang-chun planted gun powder to cause a kiln accident and make it seem like Jung's bad luck as a woman. The incident, and Jung's identity, serves to bring more workers in Punwon to her side, including the female glaze maker who previously hated her. It would've felt more sincere had the glaze maker secretly wanted to help Jung all along, but was scared to do so. She changes her mind because Jung is Eul-dam's daughter, not because of anything that Jung herself did. Jung's perseverance did not convince the glaze maker: her genetics did. What happens when they discover that she is, in fact, Kang-chun's illegitimate daughter? 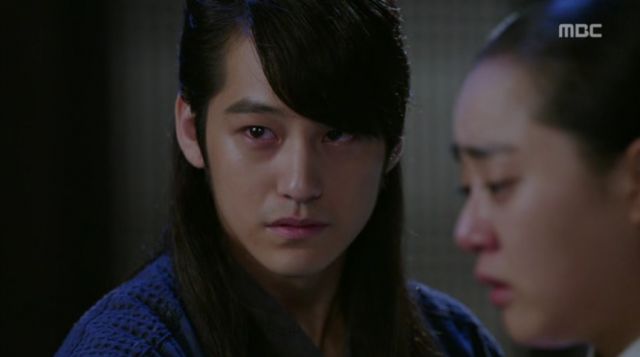 The only results her perseverance has won her is a whole lot of trouble. She is constantly in need of saving by Tae-do or by Gwanghae or by her old ceramics master. It's true that her passion wins the hearts of the people around her, but passion does not guarantee safety. If the historical Jung acted like this, we wouldn't have a historical Jung. She would've been killed.

Yook-do is admonished by Kang-chun for not having Jung's gumption to follow through and do whatever it takes to succeed. It affects Yook-do to the bone and it starts real hatred brewing. His character vacillates so much between what he believes and thinks and feels, though, that it's difficult to pity him. One moment he is seemingly ignorant of his father's evil mechanizations and the next, he seems to be joining in on them. It's unclear character writing. He was much more exciting when he thought Jung was a man and they were one one team. He had strength that welled from within because Jung gave it to him. It was the kind of effect I wanted Jung's perseverance to have. 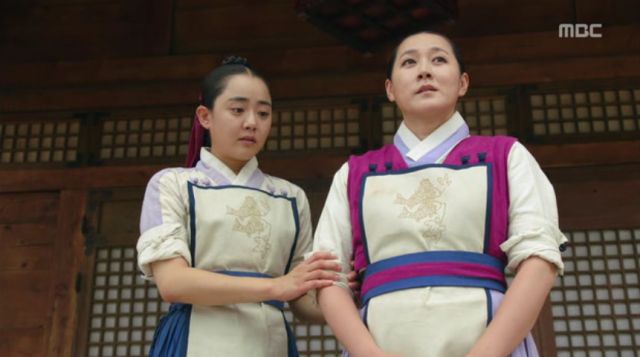 Jung and the female glaze maker

The largest issue for Jung this episode was blindness caused by exposure to the high heat of the kiln's flames during the explosion. It will be a temporary blindness as we know that she does become a ceramicist. The blindness was a great opportunity for the writer to really add some color to Jung's character by tainting her with grief. At this point, Jung thinks she will be blind and unable to create art anymore. But instead of falling into mourning, she listens to a few pep talks and steels herself to spin despite her blindness. While this is all good and well, it was incredibly unrealistic. Even the most tenacious of personalities break at some point, and it would benefit Jung's character to do so.

Again, it's the writer's focus on perseverance. With perseverance, Jung is able to convince all of Punwon to help her create a vase for Royal Consort In-bin's birthday and win the hearts of the court despite In-bin's rejection of Jung's vase in favor of Yook-do's. It is heartwarming to watch the underdog succeed, but the setup needs to create higher emotional stakes in order for the payoff to truly be great.