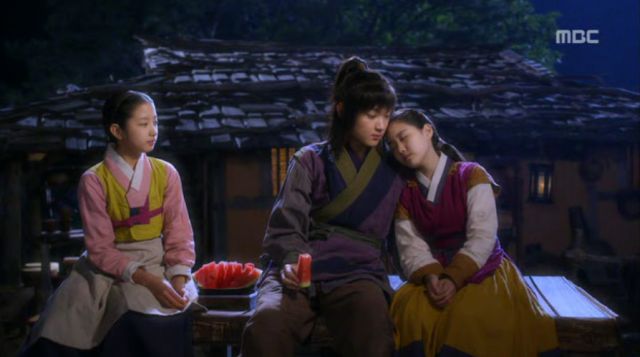 After sifting through the over-simplified, yet messily executed political situation, I found the second episode of "Goddess Of Fire Jeongi" more interesting than the first. As with the first episode, the scenes with the young actors are the most enjoyable to watch. They're the most emotionally poignant. But, the politics bogged the rest of the episode down - it took a while to sift through the mire.

The political fieldin this story is a well-known one: princes compete for the crown, supported by different political factions. The fight for power is full of underhanded tactics and deception. In the case of the "Goddess Of Fire Jeongi", the Queen's faction supports her biological son, the youngest prince, and try to get him named as heir apparent. But the king wishes to test all of his sons to see who should be named, so he places the middle son and our hero, Gwanghae, in charge of Punwon Kiln. The oldest son, Imhae (Lee In-sung), is angered by being passed over and so he breaks a porcelain bowl that is an heirloom and the responsibility of Gwanghae.

I'm having trouble digesting Imhae's character because he is such a buffoon. He is a farting, drinking, dim-witted prince who is jealous of Gwanghae. But the idiocy isn't really used well in terms of capturing the viewer. Yes, I laughed when he farted, but Gwanghae seems so unphased by Imhae that his deviant behavior is made moot - it doesn't do enough to rile up our hero. Also, the scene when Imhae breaks the ceramic bowl is just too contrived - Gwanghae knows his brother and his tendencies. Why would he let a clumsy drunk person in a room full of porcelain? The writer needed to get Gwanghae in the hotseat - it should've been done more naturally. 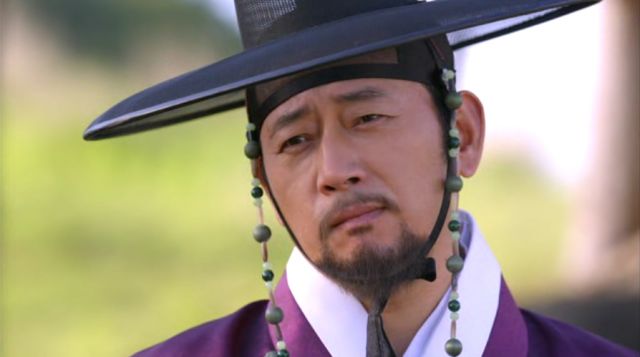 A character who could be interesting is potter Lee Kang-chun, Yoo Jung's biological father. He is part of the Queen's faction and uses his pottery to curry favor among the nobility. The character doesn't seem a complete villain. Rather, he seems to only be trying to survive in the dangerous political landscape. He loves his son, Lee Yook-do (Oh Seung-yoon), and wants to do good by him. However, when Yook-do visits Kang-chun's artistic rival, Yoo Eul-dam, and is captivated by the man's ability, Kang-chun is furious. It's that jealousy-fueled fury that will most likely morph him into a true villain.

Currently, however, I neither like him enough nor hate him enough about what he does one way or the other. Showing more of his human side would make him a more potent character. Watching a few more heartwarming father/son scenes would win me enough so that I'd pity his sticky political situation and his insecurity over his ceramics.

Also, what makes politics in dramas interesting is not necessarily the politics themselves, but how they are executed. Can I, the viewer, become emotionally invested in what's on screen? Thus far, it's hard to invest in the politics and the battles between adults. There is no driving force besides greed behind the Queen's faction, which makes it difficult to hate. I want to hate the bad guys, or else feel torn about their situation. 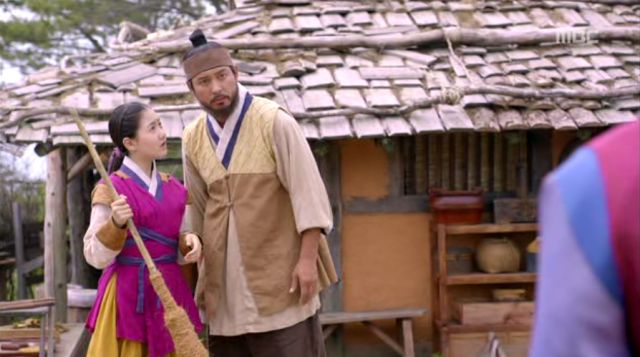 Jung and Eul-dam from Goddess of Fire Episode 2

It's also difficult to get behind the politics because any scenes having to do with political mechanizations tend to be clumsy and the adults' acting is overdone. Bad guys smirk too much, yell too much and lack nuance. On paper a character may be that way, but an actor can breathe life into a dead character. I'm hoping the cast settles into its roles soon. That, and I hope the writer and director become more succinct with the dialogue and the scene planning. There are so many unnecessary lines and camera shots. They do nothing for the plot and only waste time.

When the action turns towards the children, however, the show magically lightens in feel and becomes enjoyable. It also deals with softer subject matter: young love and friendship. While the love square between Gwanghae, Jung, Tae-do and Jung's friend Hwa-ryung could've been much more quickly established, it was fun to watch them frolic about, yearning for each other, and trying to understand their emotions all while trying to deal with the nasty complications of their parents' political world.

These kids aren't particularly strong actors, but they do well enough. No one actor has stood out to me. Rather, the scene and script have made it easy for the young people to fall into character. It makes me wonder what will happen when the tone of the children's scenes turns from light-hearted to serious. Will the kids be able to adapt?