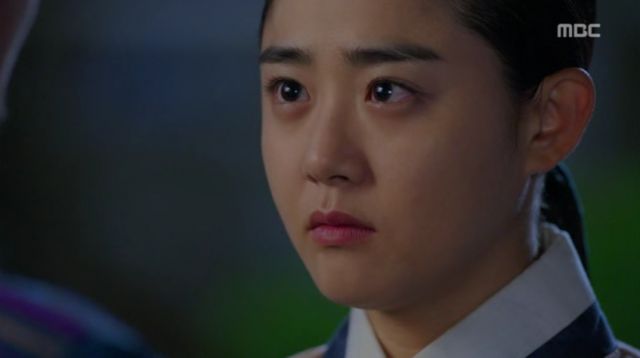 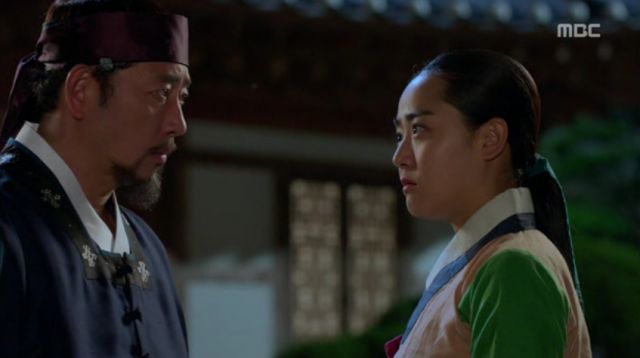 Jung has discovered that Kang-chun is behind her father's death, which sparks her rage and fuels her desire for revenge. Revenge is a plot device that I can get behind. While the plan for revenge may be well thought out and stable, the emotions behind it are churning and unpredictable. Unfortunately, Jung's plan is as unstable as her anger: she decides to stay at Punwon Kiln until she discovers the truth behind her father's murder. It was an impulsive decision and she has no concrete plan. That is troublesome in terms of the overarching plot of "Goddess Of Fire Jeongi".

Jung is the titular Goddess of Fire and yet she has very little in her that makes her worthy of that title. Sure, she has gumption and is courageous to a fault. But a true heroine also needs discernment, which she entirely lacks save in her art. To attain a high position in any field requires some political savvy and business know-how - she has none. She stays on at Punwon Kiln and uses every chip she has to bargain for what she wants. When a friend is in danger, she gives up her chance to become a ceramicist to save him. Whenever there is trouble, she immediately intervenes without thought. While it is beautiful to see such loyalty, it's hard to imagine such a person becoming the political pawn that she will later be in Joseon's dealings with Japan.

In that manner, I admire Hwa-ryung's character and her role in the story. She is partially what Jung needs to be, calculating, and is also partially what Jung could become if she loses her compassion, cruel. The writer makes Hwa-ryung a bit foolish as well, which is good because she is young and inexperienced and fueled by greed and jealousy. She is in the same place in her life as Jung is. Like Hwa-ryung, Jung has also become greedy to beat Kang-chun and I want to see her fight him and battle herself to keep from turning into the cruel creature that Hwa-ryung has become. 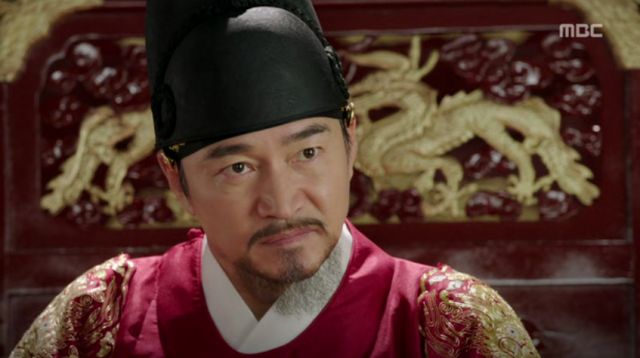 As for the political side of things, it is finally picking up. There is more than one faction involved in the battle now: Gwanghae is backed by the scholars and Royal Consort In-bin is backed by the ministers and Imhae. The king is opening jealous of Gwanghae's popularity with the people and of the scholars' support of him. This jealousy will fuel much opposition to Gwanghae and his ascent to the throne. Jealousy is a good motive although the idiocy of this portrayal of King Seon-jo is maddening. He is easily manipulated by In-bin and the scholars and seems to only care for his pride. I suppose this can be said about a lot of monarchs, but Seon-jo's character is so one-dimensional it's hard to see his value in the story. There is no insecurity shown in his private quarters. He is never made human. Perhaps that is the biggest issue: King Seon-jo is a buffoon king with no depth. Even if he wasn't a great king in history, he was still a human and that needs to be seen in the story.

Gwanghae isn't involved enough in politics yet. He is carried along by the political tide and has not yet taken command of his future. I'm waiting for the moment that he does. If he can be as proactive about being a potential crown prince as he is about protecting Jung, he could be a very effective monarch. He was a very effective monarch despite his unfortunate circumstances in history. During this episode, he asked a scholar not to mention his appointment as crown prince, but the scholar did. Then Gwanghae merely reacted to the king's fury afterwards. Historically, Gwanghae was an effective ruler and it makes no sense to have him be passive, especially with the invasion of Japan on the horizon. The shaky relations with Japan were mentioned briefly in the episode, which makes me think it will come more into the foreground soon.

"Goddess Of Fire Jeongi" needs follow through. It starts many things well and then it leaves the viewer wanting. This episode planted some great emotional groundwork for the characters that needs to be developed. I doubt that will happen, but like I said before, I can hope.