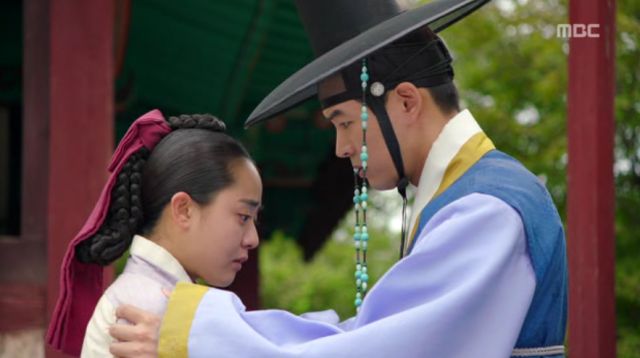 This episode had the most interesting political plot thus far. It was well executed, didn't seem to be a string of lucky coincidences and really put Gwanghae and Jung into tough situations that cannot be figured out with a mere clever, single-step solution. Royal Consort Inbin and her followers devised a way to frame Gwanghae of being disloyal to the king. While they'd tried on several occasions to plan something similar, those plans only had a single step and were ineffective. This time there were several intricate pieces to the plan that truly seemed insulting to the prideful king. Each piece was feasible, and therefore believable, and when they came together, they really did put Gwanghae in a tough spot. 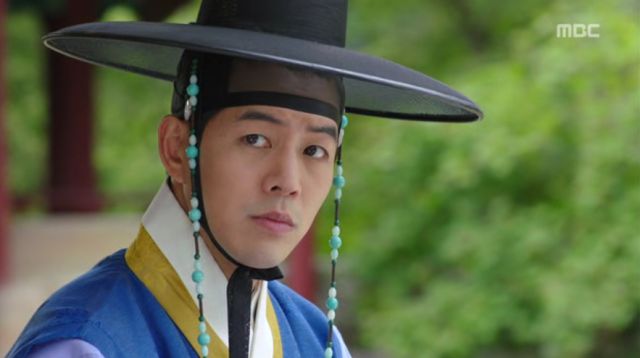 What does surprise me about the plan working so well is that Gwanghae doesn't seem to be on his guard against attack in the slightest. I would assume that he'd expect some kind of retaliation on the part of Inbin and Imhae and prepare for it. Perhaps this situation will spur him into action and make him take the offensive rather than constantly having to defend himself.

Worries about Japan are filtering through during the court meetings with the king. While the scenes in the show depicting the international troubles are overly simplistic, I am glad that they are at least coming to the forefront. These dealings with Japan will spur the Joseon government into action. It will also force Jung into political circumstances because Punwon Kiln will because a bargaining chip between Japan and Joseon. Her personal battle may be with Kang-chun, but she's historically bound for greater thing.

As the object of Gwanghae's affections, Jung has become a political pawn in Inbin's schemes. She has Kang-chun send Jung far away from Punwon Kiln to collect white clay and as she predicted, Gwanghae follows Jung. Inbin uses the time he is away to enact her evil plans and it was a brilliant move on her part. She knows how to play on the king's pride and on Gwanghae's emotions. I am curious to see how Jung reacts when she realizes she has become a political pawn. Up until now, she has ignored such things, but I don't know if she can ignore them with her growing feelings for Gwanghae. Ignoring political happenings can put both of them further into harm's way. 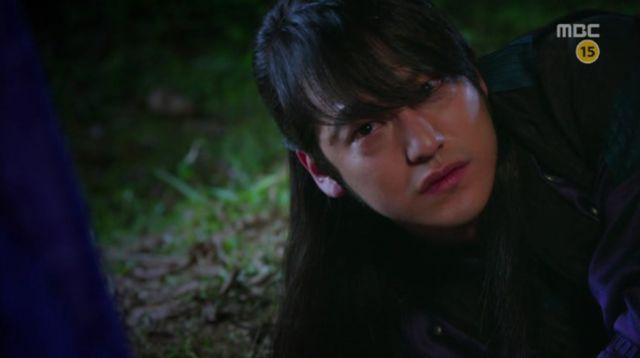 Tae-do, on the other hand, is extremely aware of the political environment around him and still chooses to chase after Ma-poong, the man who Kang-chun sent to murder Jung's father, Yoo Eul-dam. This time he is seriously injured when chasing an illegal delivery being made by Hwa-ryung and Ma-poong to the Japanese. He doesn't care much about the delivery, but he is stabbed in the gut while trying to apprehend Ma-poong. Hwa-ryung saves him from death and nurses him back to health. This situation brings up all kinds of welcome complications from a viewer's perspective. Hwa-ryung has been discovered by her love doing shady dealings and she does them with Jung's enemy. This adds another layer of tension that this story sorely needs. It is desperate for some complexity that is believable.

As for the romance, it is quicker-moving in Inbin's mind than it is on screen. Gwanghae mentions giving up his status for Jung, but that won't happen. He is stressed and he would never renege on his duties to his country. Still, it brings him to the point of confession to Jung who still remains as unaware as ever. It's frustrating to see, but at least now she's aware of his feelings and perhaps will do something about hers. The romance is currently the least interesting aspect of the story because of Jung's ignorance. She is more interesting as a political pawn. It would be nice to develop the romance a bit more before it has to crash and burn because of war.