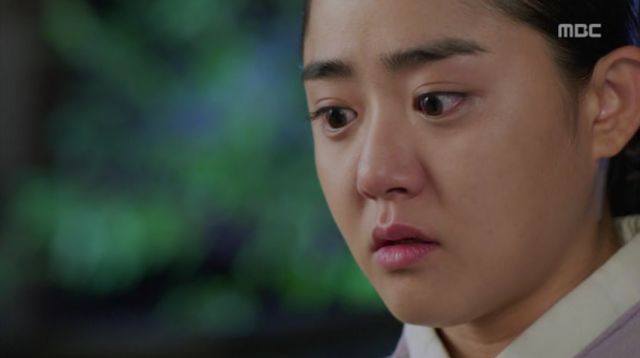 "Goddess Of Fire Jeongi" has taken a turn towards the dark side. Jung has decided to take revenge on Kang-chun for murdering her parents and Hwa-ryung has her boss killed in order to usurp her position. While I genuinely like these developments, again I wonder how long the intrigue will last before the show allows it to turn stale. 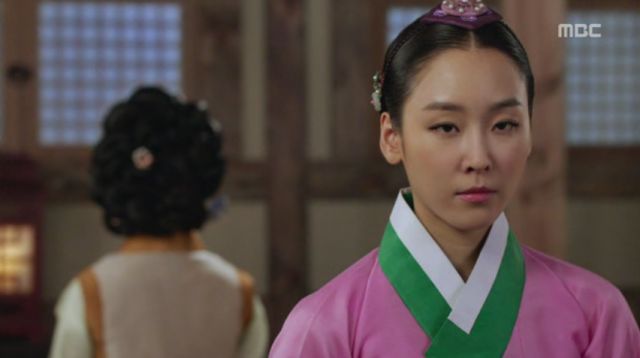 Jung has decided to ally herself with Royal Consort Inbin in order to take down Kang-chun. She does so rather cleverly and it makes me wonder where this foresight has been during the past twenty-three episodes. Jung has been rather dense and only now, when fueled by revenge, is she able to plan ahead and act on more than just her raw emotions. While certain character traits only come out during extreme duress, Jung has experienced hardship many times. This is a severe altering of character and while I like the change, it isn't organic.

What is good about the change is that Jung is going about her revenge in a different manner than Hwa-ryung. Hwa-ryung lies, cheats and kills to get what she wants, just like Kang-chun. Hwa-ryung has murdered her mentor to achieve her ends and seems to feel as little compunction as Kang-chun. Jung has gathered information herself and made alliances without resorting to such extreme measures. Jung has a strong conscience and probably won't resort to murder, she does plan to use Yook-do and Hwa-ryung in her plans to avenge her parents' deaths. Now the question becomes, "How long will Jung be able to exact her revenge without resorting to the same extremes?" Or, "when will extenuating international political circumstances impede her revenge?"

While Jung and Hwa-ryung are busy with their revenge, Gwanghae is inspecting the country's naval situation. He finds the outskirts of Joseon unsurprisingly littered with corruption that he remedies with quick justice. The story really focuses on how kind and sympathetic Gwanghae is towards his people, but I want to see more of how effectively he can help his people. The story is starting to show this, but on a small scale. To be the leader of a country requires a grander scope. 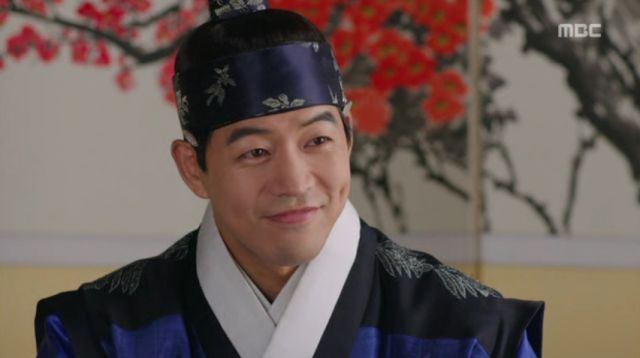 As for the love story, it was thrown in as an afterthought. Both Jung and Gwanghae spare only a moment to think about the other. It is Tae-do who is truly devoted and the only one who consistently seems to actually be in love. The romance between Jung and Gwanghae needs to be stronger so that their separation at the end of the drama is truly poignant. Everything in this drama needs to have more lasting impact. The best move on the part of the writer was to have Hwa-ryung kill her boss - it was shocking. It made Hwa-ryung scary and a much more formidable foe. Now for Jung to be just as formidable.