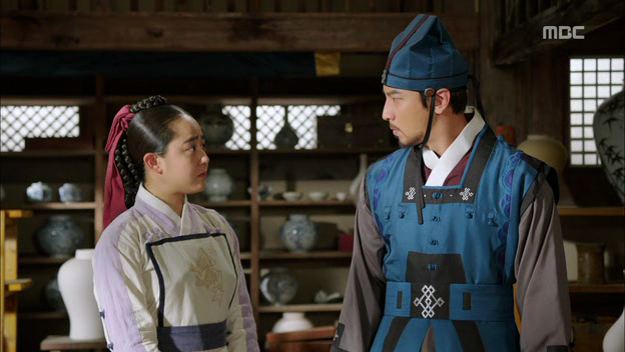 After a week's hiatus due to Moon Geun-young's eye injury, "Goddess Of Fire Jeongi" returns with a darker tone. The shift in Jung's attitude from being eternally optimistic to destructive revenge is welcome. She is convinced that the path she has chosen is the correct one despite the fact that it may hurt people she cares about. It's the best plot device the show has going for it. The romance is turning stale. Hwa-ryung's revenge is turning stale. Even Tae-do's formerly adorable puppy-like devotion to Jung is turning stale. The story needs Jung's breakdown and it has finally happened twenty-five episodes into a thirty-two episode drama.

While Jung seems emotionally stable with her plan for revenge, revenge always leads to chaos that can fuel some great storytelling. Unfortunately, her revenge plans includes yet another ceramics contest between her and Yook-do, who still believes his father to be a good man. With this contest Jung hopes to beat Yook-do, become a ceramicist and eventually reveal Kang-chun to be a murderer. She wants to make Yook-do lose all faith in his father to punish his father. That's very cruel of her and it shows that her pain and indeed changed her. It has made her more like the murderous Hwa-ryung. Whether or not Jung will go as far as her former friend still remains to be seen. 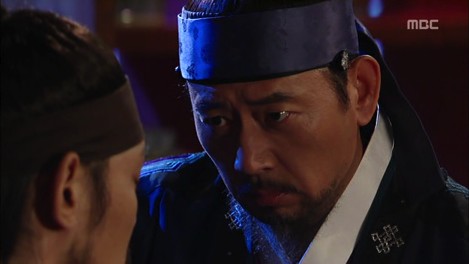 Cliffhangers are not the show's strong suit and this episode was no exception. The announcement of the contest was made and then the episode ended. I would've preferred it to end on some verbal sparring that displayed Jung's new Fighting Spirit and leave the viewer anticipating her success. The show has ended on contests numerous times - it's no longer exciting despite the fact that the stakes are much higher. Yook-do may become Chief Ceramicist if he wins. This is a frightening prospect mostly because he so easily controlled by the vindictive Hwa-ryung who is capable of killing. She killed her boss and continues to do business with the Japanese who are slowly working their way into place to invade Joseon. Of course, the Japanese love Jung's ceramics best and that is how the story will draw her further into the political fray and into Hwa-ryung's line of fire.

The Japanese are a concern of Prince Gwanghae who has been relegated to a backseat role. He worries about Jung and her secrecy and her conspiring with Royal Consort Inbin. But he, and Tae-do, swear to support Jung no matter what. Love has made them lose rationality, which is an interesting plot point if it is done right. However, this show has a lot of potential that it let slip away so I'm not confident it will follow through where it needs to. 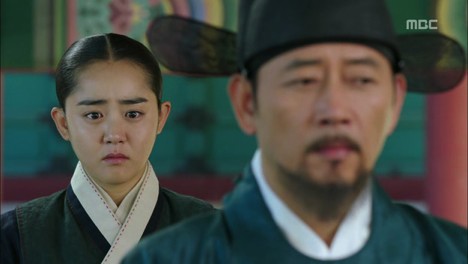 Jung has also allied herself with Inbin. She wants the power to take down Kang-chun and feels she can only find that power via royalty. It's a clever plan, but very dangerous. It requires potentially hurting her love, Gwanghae; her former friend Hwa-ryung; and involving her allies, Tae-do, her teacher and her friends, in very dangerous work. She deems the risk to be worth it. She wants to punish Kang-chun for having her parents killed and for being an all around terrible human being.

This revenge needs to break Jung down or completely be swept away by the concerns of the Japanese invasion and her eventual kidnapping. Historically, Jeongi was taken and forced to live in Japan creating ceramics for them. The romance needs to play out before that happens and she needs to become a good enough ceramicist to be coveted thus.