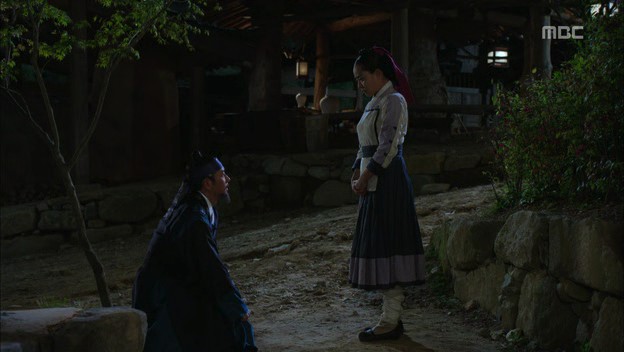 "Goddess Of Fire Jeongi" is now truly a revenge story. The high stakes have made it exciting and have given the drama what it lacked: focus. Jung has transformed into a single-minded woman who is willing to risk a man's life to attain her goal. She is also willing to harm loved ones. This is quite a different Jung than the one we met in the beginning, but pain and suffering can turn people into ugly creatures.

This is the first time that "Goddess Of Fire Jeongi" has used ceramics in a truly effective way. Jung suggested a ceramics competition. In it, the ceramic process was shown in too much detail, but by the end, it yielded the largest conflict of the drama: Yook-do was sent to prison and sentenced to death for poisoning the youngest prince. Jung framed him and knew the deadly consequences. It was the same situation that her father suffered through at the hands of Kang-chul. She is mirroring Hwa-ryung's thirst for vengeance and her willingness to go to any means to achieve it. Jung even used Hwa-ryung in her plan to frame Yook-do. 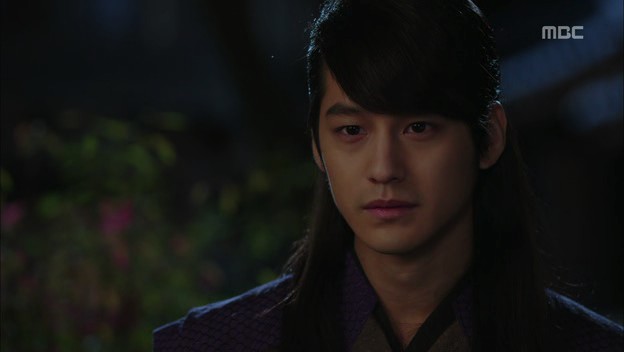 Perhaps the most potent aspect of Jung's change is that it makes her not only like Hwa-ryung, but like her biological father and enemy, Kang-chun. When she discovers that she is not blood-related to Eul-dam, but Kang-chun, that will be the biggest shock of all. She has gone to great lengths to punish Kang-chun on her parents' behalves and the efforts will come back to haunt her.

What is interesting is that instead of trying to stop her, Tae-do, Jung's ceramics teacher and Gwanghae help her. Tae-do knows that her revenge plan may include the death of Yook-do and that it may endanger Prince Gwanghae. It already hurt Prince Shin-seong because he had an allergic reaction to the bowl Yook-do created. It used clay from the sea and Shin-seong has seafood allergies, which Jung knew. She leaked the fact that she wanted sea clay for her tea bowl. She knew Yook-do would steal her clay and use it to best her, thus earning a death sentence for harming a prince. 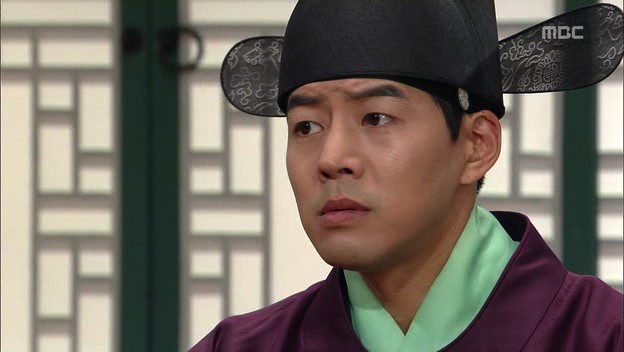 Although not privvy to her master plan, Gwanghae and her ceramics master wish to help her because they care for her. Not one of Jung's allies is a voice of reason. It may be because she wasn't ruthless in the past, merely persistent. The shift in Jung's character is causing a lot of turmoil that is needed in this drama to spice it up.

The final scene of the episode has Kang-chun begging Jung for Yook-do's life. It's the best cliffhanger in the series thus far. It has high stakes, it is full of tension and it makes this viewer anticipate the next episode for the first time in a long time.