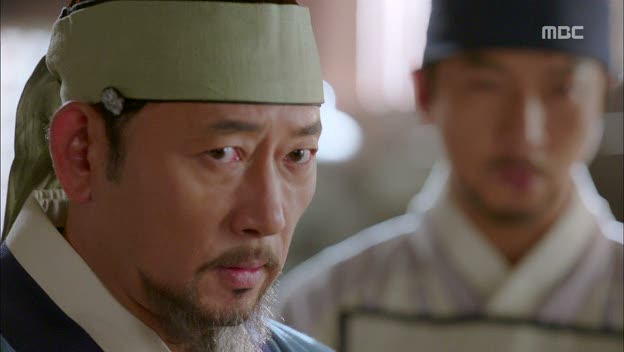 Let's talk history quickly before we get into this review because the show doesn't lay it down properly by itself. The Ministry of Culture supports the funding for "Goddess Of Fire Jeongi" because ceramics hold a very important place in Korean, and indeed, in East Asian history. It was a national resource in Joseon and was prized as a sign of affluence and wealth by the Ming Dynasty (ancient China) and by Japan. Japan coveted Joseon's porcelain and kidnapped ceramicists, which will eventually be the fate of Yoo Jung, the heroine of "Goddess Of Fire Jeongi". The historical figure she is based on, Baek Pa-sun, was kidnapped and forced to create in Japan. She, along with the other kidnapped ceramicists, grew Japan's porcelain culture while Joseon's deteriorated because of the lost of its most masterful talents.

It was a huge event in Korean history, especially since Japanese invasion continued to affect it into the 20th century. With all of this said, I'm extremely disappointed by "Goddess Of Fire Jeongi". It failed to establish the hefty importance of ceramics in Joseon. It is so busy with ceramics competitions and character rivalries that it neglected to establish porcelain power in Joseon. The show focuses on a relatively small cast and only shows three ceramicists at work. It shows the smallest circles of political rivalries with ceramics at its center when it should've shown the long arm of power that ceramics actually have. Instead the stakes, although they were high, were ineffectively written and setup so they seemed small and petty. It did not represent Korean history properly.

Episode 28, however, finally starts to touch on what should've been solidly laid down ages ago: ceramics hold huge political sway and Japan wants it, particularly Japanese general Toyotomi Hideyoshi. He is the man who will invade Joseon during Gwanghae's reign and decide to use Joseon ceramics to enhance the Japanese tea ceremony. He sends his man to collect Jung,and bring her to Japan. Hwa-ryung sets up the meeting by tricking Jung into attending, losing her what little remained of Jung and Tae-do's trust because after the meeting, Hideyoshi's man tries to kidnap Jung. He admits to Gwanghae that he's kidnapped other ceramicists, which Gwanghae brings to the king's attention. And finally, the king orders the ministers and the court to be on guard against the Japanese.

Before this, the king seemed to take the Japanese lightly, which is strange because historically, the Japanese repeatedly asked for passage through Joseon to attack the Ming, the sovereign nation that had significant sway over Joseon. I just can't seem to come to terms with the fact that the show deals so lightly with the Japanese threat and instead focuses on the same repeating storyline: Yook-do versus Jung in a ceramics competition. It should've focused on making ceramics, yes, but also much more on how those who created fine ceramic ware and how the ceramic ware itself was used for affluence. Involving Jung in the royal ceramics process earlier in the story would've accomplished this goal and she could've still had her revenge on Kang-chul.

Jung's master becomes head of Punwon Kiln, the royal kiln, and decides to straighten out the dealings with ceramics. He doesn't trust Hwa-ryung. He cleverly refuses Royal Consort In-bin's offer for political backing and also becomes the next target of Kang-chun's malice. Kang-chun wants his position back and he wants revenge along with it. This was the expected course for his character and provides nothing new or interesting. Yook-do, however, has decided to become a menial worker and earn his position back. This is fascinating. It's a huge point of growth for him and I find myself wishing they had broken him much earlier in the show so the writer could've worked through this aspect of his character for much longer than the last four episodes.

While Yook-do falls, Jung rises. She is finally promoted to ceramicist and becomes the first female ceramicist of Joseon. The show spends the first twenty minutes talking about it and the entire block of time seemed anticlimactic. After all the revenge she's plotted, becoming a ceramicist seems like an afterthought. It's hard to feel happy for her achievement although all the women of Punwon Kiln are teary-eyed at the world of opportunities that has been opened for them. It makes me sad because this is a significant event for women: they have the opportunity to create ceramics, a highly prize commodity, in a male-dominated society. It should be a glorious victory. Instead, the twenty minutes of revelry falls flat in the arms of all the revenge plotting on Jung's, Kang-chun's, Imhae's and In-bin's parts.

Then we have Gwanghae who is the upright young prince who wants to defend Joseon and make it strong. He is getting very little screen time and the development of this desire comes in short, awkward spurts and jumps. I think I finally may see why his love for Jung is so important: her accomplishment in becoming a ceramicist inspires Gwanghae to work hard for his nation. But I still don't see the romance in their relationship. They don't seem close. It seems like friendship could've provided the same outcome. 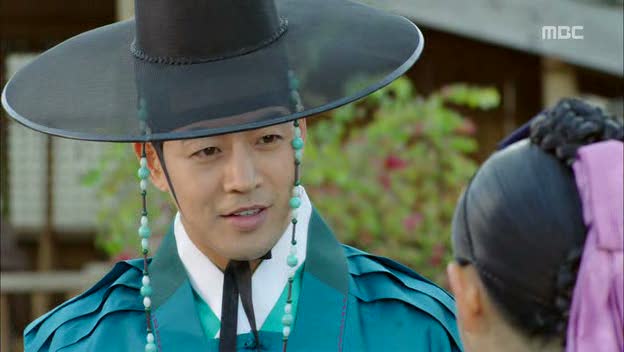 At least "Goddess Of Fire Jeongi" is finally starting to get to Gwanghae's role in the Japanese invasion. The king orders porcelain made to be presented to the Ming. It will be an offering to ask for help defending against the Japanese. This is what I wanted to see: ceramics being created and ceramics being used in real politics. Jung will be a part of the ceramics creation and is happy to finally be a part of the process. The episode ends on a still of her smiling face, which won't last long because she's most definitely going to be sent to Japan any episode now.