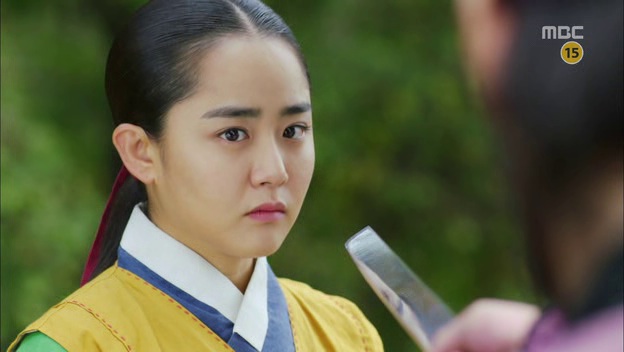 What little tension "Goddess Of Fire Jeongi" had created with the Japanese presence in episode 28 was drained by the sudden change in focus on Jung's birth father Kang-chun. It would've been better had the episode intertwined the bloodline reveal and the Japanese invasion storylines to keep the momentum going. Instead, the entire episode focused on her discovering a secret that the viewers have known since episode one and it seemed like one big, hour-long, lame afterthought. 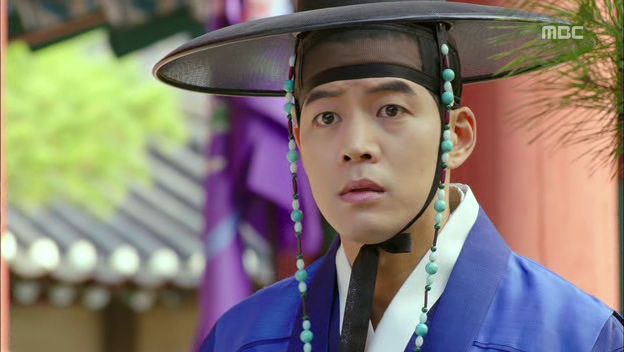 Gwanghae has also become an afterthought. He is barely in the episode and even then he only reacts to events. His character has no drive, which is frustrating because he is not only supposed to be historically significant, but he is billed as a main character and as Jung's love interest. Nothing Gwanghae does is worthy of "main character" status. He worries about Jung and he listens to his brother Imhae make threats. Throughout the drama I wanted to see him struggle more between love and duty. He does a bit, but most he worries about Jung as she becomes revenge-happy. It would've been better to have him have an active hand in Punwon Kiln events. Is he so powerless that Jung and Kang-chun are able to run around exactly revenge on each other by using Punwon Kiln as a battle ground?

In general this drama has been too slow. Gwanghae has two episodes to make a political stance and watch the Japanese threaten Jung to Japan. There are two episodes to deal with some hefty bloodline problems: Yook-do is Jung's half-brother and Kang-chun is her father. The entire drama only has two episodes to get a lot of things done. For a thirty-two episode run time, this is ridiculous. Rather than keep Jung as an apprentice for so long, it would've been better to have her grow her skill more quickly and be in direct competition with Kang-chun. That would make her more believably coveted by the Japanese.

Ma-poong, Kang-chun's right hand man, was also criminally underused. He was such a brilliant minor character chock full of motivation and with an interesting backstory. They highlighted his role this episode and then had Kang-chun kill him to silence him. It was an episode of glory for Ma-poong who had quite a strong presence during the drama and deserved more than this random highlight before the show's finale. He was finally caught for all of the murders he'd performed and told Jung the truth about her parentage before Kang-chun had him poisoned. 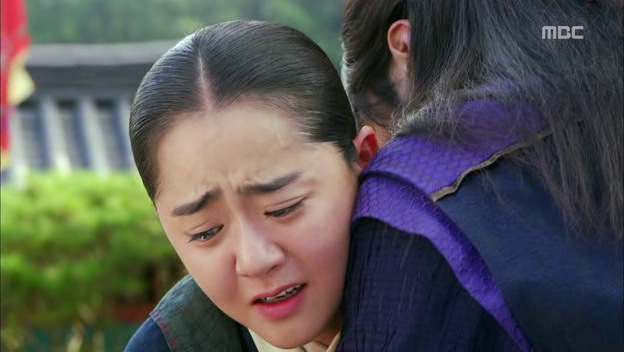 As for Jung, she does not handle the news of Kang-chun as her biological father well. In fact, she breaks down and disappears at the end of the episode. She has based her revenge on the fact that she is Yoo Eul-dam's biological daughter and now she has to come to terms with her actions. She's been attacking her real father and he tried to have her killed while she was in her mother's belly. It's the first reaction of hers to a big event that I fully understand and support. She breaks down under extreme duress and struggles to find safe ground. It worries me that there are two episodes to clear up her emotions and ship her off to Japan.