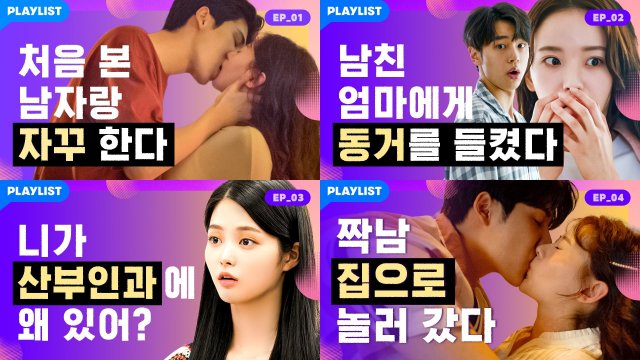 There's an interesting moment where the actual content of the report is discussed. The first idea is to present useful information to teenagers. Ji-yoo, outspoken as she is, suggests a more practical approach designed for college students such as themselves. Ha-yeong blanches at the notion of being outspoken at sexual activity, citing a very vague prudishness. It's in this way that "Growing Season" aims to be pedagogical, by being frank about sex in such a way that flows so naturally from the idea of a romantic comedy it's only the infrequent references to the report that serve as a reminder of the framing device.

Well, that and the slow reluctance on the part of Ha-yeong to acknowledge that she's having problems down under. I liked how Ha-yeong's prudishness doesn't even translate as being useful in the context of a purely romantic relationship. Her unnecessary shyness about their relationship results in a very silly scene where she tries to obfuscate certain obvious facts from his mother for no apparent reason. Well, no, there is a reason, that reason being that young people tend to overestimate the prudishness of older people.

But then we circle around to Ji-yoo, who manages to make seeming sexually knowledgable sound cool. Well, sort of. I actually liked how up close in her own storylines Ji-yoo's love life actually manages to come off as fairly dysfunctional. She has very strictly defined boundaries when it comes to the behavior of men in the bedroom yet rather loose boundaries when it comes to flirting with them in any other context.

All three of the leads have very different approaches when it comes to sexual relationships. But advice that is useful for one is by no means irrelevant to the others. "Growing Season" is making the point that whatever it is you might be looking for in sexual relationships with men, you can learn quite a lot of applicable information just by frankly talking to your peers about their experiences. And as for young men, it might help them to understand that young women really aren't quite so mysterious as they may sometimes seem.