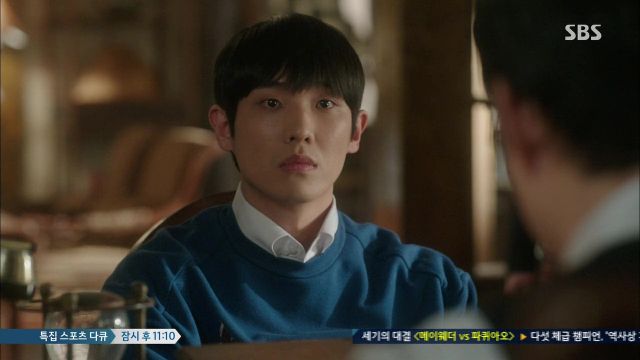 The children turn out to be the most conscious human beings and citizens while the parents act like spoiled children. It's an interesting dichotomy because while the children are intelligent and have good intentions, the immature parents have the wisdom of age. It is a delicate battle that In-sang and Beom fight to win control over their stifling lives.

In-sang and Beom meticulously research the shady undertakings of Jung-ho's professional life. It's a strange game they inadvertently joined, but what makes the young couple special is that they took ownership of their new lifestyle. They are using their study skills to battle the powerful adults. While they make good leeway, their lack of experience puts them at a disadvantage. What makes the past few episodes more powerful than the previous sixteen is In-sang's and Beom's journey. The episodes could be less focused on Jung-ho and Yeon-hee's immaturity, but that immaturity is fantastic comedic fodder.

Their staff monitors them like children. I find the staff more entertaining when they engage their employers than when they gossip. Their individual stories don't carry much impact. It's a lack of development and writing that lacks cohesion, which is strange because when it comes to Beom's family who do not play as strong a role as In-sang's, the writing is firmer. The idea behind their journey through the temptation of money and privilege is stronger than the concepts behind the gossipy staff. One example is the powerful scene between Beom and Noo-ri when Beom admitted fault in how she scolded her sister like an incompetent child. It was short, quick, but full of understanding and love. The staff can talk for ages and not achieve the same impact.

Then there is the drama with Jung-ho's obsessive crush on the flirtatious and irresponsible Young-ra. It not only affects his marriage, but his work and social life as well. His bad decision reaches into all parts of his life and his family's lives. He still admits no fault and doesn't seem to see the wrongs he commits. It's frustrating to watch him act this way for eighteen episodes. He should be doing some kind of growing or crumbling. Instead he stagnates. I'm hoping for more, especially since the show spends the most time on him and his equally immature wife.

"[HanCinema's Drama Review] "Heard It Through Grapevine" Episode 18"
by HanCinema is licensed under a Creative Commons Attribution-Share Alike 3.0 Unported License.