[HanCinema's Drama Review] "Heard It Through the Grapevine" Episode 1 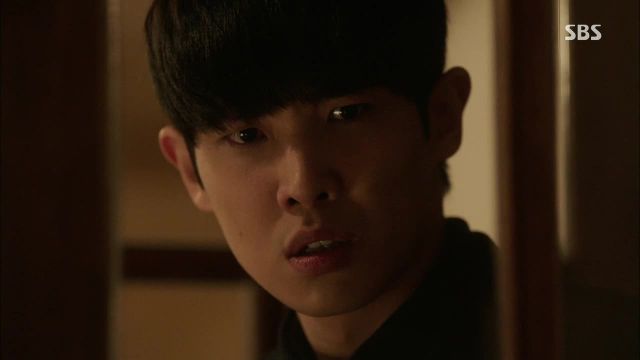 Director and writer pair Ahn Pan-seok and Jeong Seong-joo's newest drama, "Heard It Through the Grapevine" pleasantly surprised me. The stodgy premise of rich family versus poor family was not appealing, but the show played it well in it's first episode. It worked from the outside in, from how the families appear to how they actually function.

Hero Han In-sang (Lee Joon) is the dutiful son of a well-to-do, socially powerful family who holds high expectations for him in marriage and career. He is on the fast track to success and doesn't fight it. As the episode progresses, we can see that the pressure and expectation weigh heavily on him, but he doesn't complain. In fact, he is a meek-mannered boy who has no wrongs to his name - until he discovers that he has gotten his girlfriend pregnant.

The girlfriend is Seo Beom (Go Ah-sung), a practical girl from a poor family who handles her pregnancy alone. The pairing seems incongruent, but the couple is refreshingly open with each other (you know, save for the fact she didn't tell him she was pregnant). When together, they are obviously comfortable with each other and there is a good chemistry between Lee and Ko. Coming into the relationship in the middle was a risky decision on the production team's part, but one that ended up working out well. Instead of feeling like the relationship is built on air, the short flashbacks made it feel like there is a past where the two connected (in an adorably awkward fashion) and fell in love.

The characterizations of In-sang and Beom are wonderful. He is a stammering, cowardly boy who built up his courage to woo her and who again built up his courage to accept responsibility for the result of that wooing. Lee Joon is charming as he portrays In-sang's brutally sudden realization of his fatherhood, his subsequent failure to suicide (which was hysterical), and his final acceptance of the situation. He is sweet with Beom who travels with him through his realizations and goes through her own turmoil as he re-enters her life. Despite his cowardice and her rather dry take on life, they are a strong pairing, which they need to be in order to face his very rigid parents.

Han Jeong-ho (Yu Jun-sang), In-sang's father, and Choi Yeon-hee (Yoo Ho-jung), his mother, are people brought up in the upper echelons of society and who intend to stay there and carve a spot there for their brilliant, obedient son. Jeong-ho is a strict father with incredibly high expectations, like most rich K-drama parents, but we see his softer side with his wife, for whom he has genuine affection. Yeon-hee is intensely focused on status and choosing In-sang's wife. She is also quite the hypocrite in front of her friends who know her well-enough to call her out on her status-preserving ways. It is quite funny and the beginning of the satirical aspect of the drama that was advertised. In-sang's parents will be the major obstacle for the young, pregnant couple. The show has built up well to their eminent discovery of their grandchild.

What surprised me so much about the show was how atypical the young couple was in personality, how humor touched even the darkest of moments, and how the rich family and the poor family had somethign that made them stand apart from the typical characterizations of the rich and the poor. Both family's have affection for their own. Beom's family, although shocked and unhappy, rally around her to support her throughout her pregnancy. Her mother is more like a friend than a mother, who jokes and teases, and lies about Beom's unwed status while Beom listens with a wry smile.

There will definitely be angst and darkness in this show, but if the characters remain this fresh and charming, I think I can bear through it.

"[HanCinema's Drama Review] "Heard It Through the Grapevine" Episode 1"
by HanCinema is licensed under a Creative Commons Attribution-Share Alike 3.0 Unported License.