[HanCinema's Drama Review] "Heard It Through the Grapevine" Episode 12 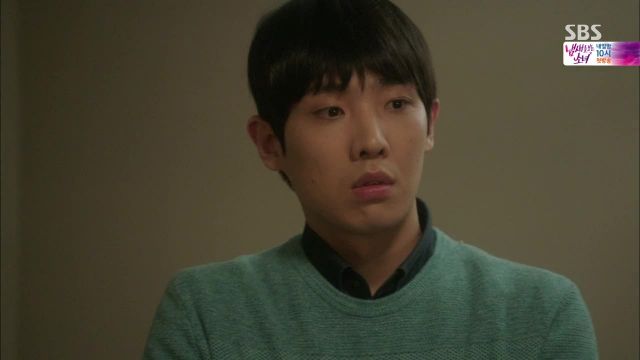 Jung-ho and Yeon-hee have begun their assault on Beom's family - they plan to morph them into a socially acceptable unit of society with monetary bribes. It places a distinct wedge between Beom and her family. In fact, the staff begins to call her a miniature Yeon-hee.

Beom is working so hard to please that she has begun to absorb the attitude of her in-laws. She has become a bit condescending to the hired help as well as cold to her own family. It's sad to see, but a great path for her character to walk. She went from being an unwed, pregnant teenager, to the madam of a rich household. In contrast, In-sang is becoming more relaxed like his in-laws. The couple is growing in opposite ways, learning to act outside the class they grew up in. This is much more fascinating than watching Jung-ho and Yeon-hee pitch fits.

Beom's family is offered a status bump, opportunities in the job market, and financial aid in the form of gifts. They want to say know, but are happy to have the chance to advance in the world. It saddens the parents that they could not do that for Beom and her sister. It also saddens the family to see Beom purposefully distance herself from them. The shifts in family dynamics are what I'd hoped to see sooner. There is even a subtle shift in Jung-ho and Yeon-hee as they begin to accept Beom even if that means that Beom is turning into a Yeon-hee clone. This is a turn of events I can get behind even if the events aren't pleasant. They are interesting and they make the plot move. They genuinely explore what money and status can do do people.

What was most potent this episode was watching Beom's sister, Noo-ri, deflate when she realizes that Beom's marriage and new status means they cannot be as close. No matter how many gift cards Yeon-hee gives Noo-ri, it doesn't make up for how clipped Beom is when she speaks to her.

Instead of mocking the upper echelons of society, "Heard It Through the Grapevine" might have begun to dig deeper into the issues that create social divides and ridiculous behavior. Exploring those issues is what can make a satire great instead of just a farce.

"[HanCinema's Drama Review] "Heard It Through the Grapevine" Episode 12"
by HanCinema is licensed under a Creative Commons Attribution-Share Alike 3.0 Unported License.