[HanCinema's Drama Review] "Heard It Through the Grapevine" Episode 20 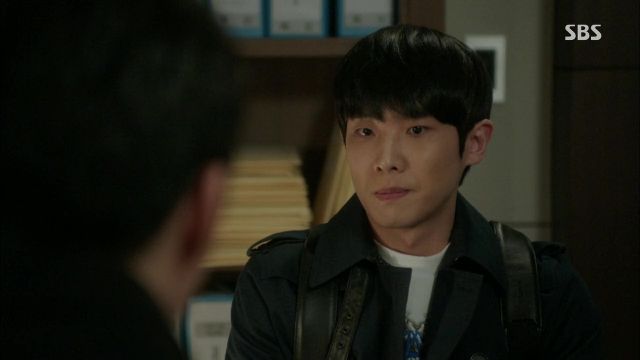 Everyone has a different agenda on this episode of "Heard It Through the Grapevine". Even if agendas match, emotions are ambivalent. Jung-ho has amped up his level of selfishness to a point that is only matched by his estranged wife Yeon-hee.

Both manipulate others to make themselves feel more comfortable, especially Jung-ho. By the end of the episode, not one person in their daily lives is happy with them. The rich, arrogant couple has tightened the reins so tightly that their family and hired help are choking. There is no small amount of tension coursing through the veins of every single character. This will lead to some sort of explosion that I hope jars sense into Jung-ho. He is so socially clueless that his secretary has to rangle him into his office to prevent any further social faux-pas. While this is funny, it's also telling of how foolish the man is. He scolds his secretary for not cleaning up his messes. He also cannot strike up a conversation with his son.

In direct opposition, Beom's parents converse freely with their family, support each other in dire times, and openly love each other. When Beom's father is torn between supporting his injured brother's lawsuit against Jung-ho's company and his daughter's life at her in-laws, he cries tears of sorrow in one of the most powerful scenes yet. He sits in the dark as his wife silently comforts him.

Beom finds similar comfort in In-sang and he in her. He needs a lot of it as he discovered how twisted his father truly is. His jovial demeanor is slowly hardening into a stony, jaded countenance. It is at this point we truly get to see how well Lee Joon can handle nuance of emotion. The more his parents try to control those around them, including Lee Joon's character, the more we get to see the actor's emotional palette.

"[HanCinema's Drama Review] "Heard It Through the Grapevine" Episode 20"
by HanCinema is licensed under a Creative Commons Attribution-Share Alike 3.0 Unported License.