[HanCinema's Drama Review] "Heard It Through the Grapevine" Episode 21 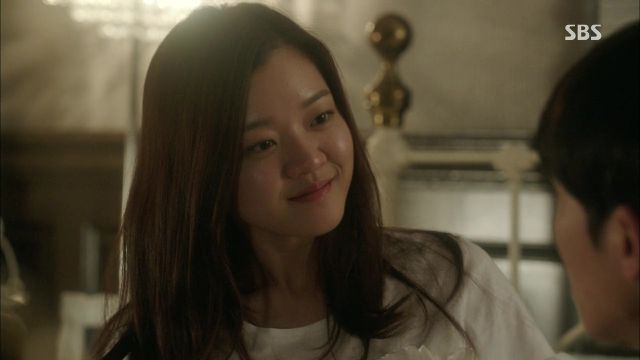 As much as Je-hoon and Yeon-hee loved Beom before is as much as they find her worthless now. They turned into rabid animals as soon as Beom fell out of their favor. Their ability to flip flop is terrifying and not only do In-sang and Beom fear them, but so do the overworked, manipulated contracted workers.

Je-hoon and Yeon-hee's marriage is built on pride and money. When those two things are shaken, the marriage threatens to fall apart. This shaky marriage is nicely juxtaposed with Beom's parents'. While the couple is currently unhappy with each other, they are open with their feelings, quick to air their discontent, and still turn to each other when all is said and done. The comparison between the two couples has never been as poignant as now when Beom's uncle is putting everything on the line to receive compensation for the major pain he, and the other Daesong workers have suffered. To put up a fight against Jung-ho's company is virtually social suicide and it stresses Beom's family. Still, they pull together in a way In-sang's family never could.

In-sang's sister also steps up to do the same as Yeong-ra's daughter - she calls her parents on their ridiculous behavior and inability to admit fault. I'm wondering how long they will continue to be completely delusional because their relationship and story is beginning to stale again. The story tries to pique interest by creating malicious gossip about In-sang and Beom and have Yeong-ra poke and prod Yeon-hee as she always does. It doesn't work. Why? It's all been done before. This isn't even a creative spin on the wearied and beaten plot tool.

As In-sang digs deeper into his father's corruption, he finds more and more people to side with him. There is only so long a man like Jung-ho can stand on the shaky foundation he's built. I wish he'd just crumble already. I can't imagine how this show is going to last another nine episodes. I suppose this is why they brought in the issue of the contracting of the unhappy staff. It's an interesting issue that could be expounded upon, but I doubt that will happen.

"[HanCinema's Drama Review] "Heard It Through the Grapevine" Episode 21"
by HanCinema is licensed under a Creative Commons Attribution-Share Alike 3.0 Unported License.