[HanCinema's Drama Review] "Heard It Through the Grapevine" Episode 24 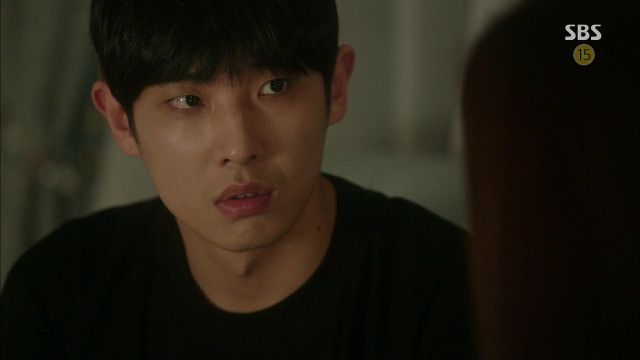 The young couple has weathered the storm that is In-sang's parents together. Together they are strong and their sense or morality gives them a sturdy backbone. Jung-ho and Yeon-hee understand that together, In-sang and Beom cannot be swayed, so they work to rip them asunder.

The bait that is dangled before In-sang is his substantial inheritance. The condition for receiving it is to divorce Beom and because the inheritance includes not only money but power, influence, and a career, the temptation for In-sang isn't small. What is great about his character is how he broods over the choice he has to make. In his mind he won't divorce Beom, but he will find another way around it - he will figure out a way to have both. He doesn't realize how attached to his lifestyle he actually is. Beom sees how torn he is and although she understands, it is a hard thing to stomach. Watching them suffer through this as they are slowly wrenched apart is quite painful, but also realistic. In-sang is tempted. Beom wants for him to get what he deserves, but also wants to keep her husband and her family.

What is grosser than the impending trouble between the young couple is how Jung-ho watches them with relish. Yeon-hee is satisfied for social and comfort reasons, but Jung-ho seems to truly enjoy the spectacle and revel in the power he wields. In this episode he stomps around the different places in his life, pulling strings and basking in the glory of getting his way. He baits inexperienced lawyer Je-hoon as the young man tries to work a case that could bankrupt Jung-ho's company. He humors his staff and their new pitch for more freedom, but something seethes beneath the surface. He needs to be adored, and he currently receives no adoration. Jung-ho is an ego that misbehaves when he isn't stroked.

Yeon-hee, while cruel, seems to have the goal of preserving her lifestyle. She is the adult version of a spoiled brat. What saddens me is that both she and her husband do not give their children affection, only discipline and structure. It is made so obvious when compared with Beom's family who work together, fight together, love together. Yeon-hee and Jung-ho try so hard to be better, to remain elite, that all they are left with are shells of people around them. It's difficult to function with no emotional connection to the people around you. Everyone, staff and children alike, are rebelling against them. It's hard when one uses money to buy loyalty, and that is the modus operandi for Jung-ho and Yeon-hee.

There are a few oft used, but still effective, filming techniques used in this episode to foreshadow the impending split between In-sang and Beom. One is ominous music, music that has no melody, but is composed of mostly percussion and extended technique in the strings. The camera films through beveled glass so that the images of characters are split into many smaller ones. Focus on Jung-ho's face as it takes up the entire frame is made more effective by low lighting. Now if only the writing was as compelling as the composition.

"[HanCinema's Drama Review] "Heard It Through the Grapevine" Episode 24"
by HanCinema is licensed under a Creative Commons Attribution-Share Alike 3.0 Unported License.