[HanCinema's Drama Review] "Heard It Through the Grapevine" Episode 29 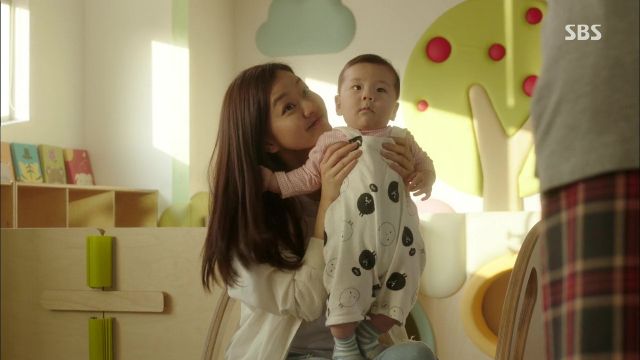 The corruption of Jung-ho continues even though it results in losing the people in his life. His continued ignorance of his social situation makes him more pitiable than detestable. While he suffers as his world falls apart, In-sang struggles to acclimate to life away from his father's protective monetary comfort. The episode highlights the differences between those who pluck up the courage and try to change and those who refuse to change out of fear.

In-sang chooses a new life situation where he must learn to adapt. It forces his character to think and change more than he's done over the entire drama. Watching real world issues realistically depicted on television is always welcome. In-sang has to deal with working to eat and learning to not take the ability to be educated for granted. Also, now he and Beom are working together as a couple again and the health of their relationship stands out in stark relief against the poisonous world that Jung-ho attempts to draw them back into. The money and power Jung-ho so covets makes him miserable while the labor of poverty provides a challenge, but doesn't extinguish In-sang's and Beom's happiness. It's a lesson that In-sang has learned, and Jung-ho probably never will.

Jung-ho's hypocrisy hasn't lessened. In fact, it may have grown since the start of the drama. The more he is hurt by In-sang's abandonment, the stronger his denial becomes. He backs a completely corrupt candidate for prime minister and bribes Secretary Yang into helping him. She is his only ally and that puts her at odds with the rest of the staff. While they pull away from the nastiness of Jung-ho's life, Yang chooses to stay to protect herself and is shunned as a result. While the staff's story hasn't been the most compelling during the course of "Heard It Through the Grapevine", it has proven effective in showing the way the "hired help" in rich families are often treated.

Secretary Min and Je-hoon have not given up in their attempts to reveal Jung-ho and his company for who they are, but the efforts are illuminating. Yeon-hee sees that her husband isn't as powerful as he pretends to be. His opinions aren't law. His beliefs aren't always realistic. Her faith in him begins to waver as she keenly feels the loss of her son and grandson. The story is less about her, though, and more about how Jung-ho's sense of entitlement earns him no love or true loyalty.

The more distanced from Jung-ho that Beom and In-sang become, the happier they and Beom's family are. People like Secretary Yang who choose to follow Jung-ho's ill-plotted lead are miserable. Money doesn't buy love. If misused, it can push it away, which is exactly what Jung-ho has done.

"[HanCinema's Drama Review] "Heard It Through the Grapevine" Episode 29"
by HanCinema is licensed under a Creative Commons Attribution-Share Alike 3.0 Unported License.