[HanCinema's Drama Review] "Heard It Through the Grapevine" Episode 4 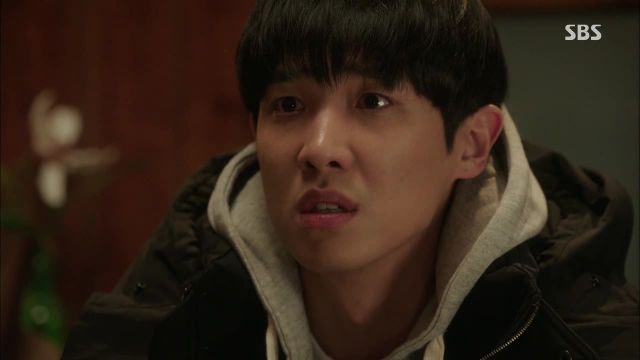 "Heard It Through the Grapevine" feels like it is a ball of energy ready to explode - but it never does. In-sang's parents are a riot as caricatures of the rich and spoiled while In-sang and Beom are a rather perfect couple. Beom's family feels the most real and they are who ground this drama with their normalcy.

Beom's family hasn't been in the foreground as much as In-sang's has, but they finally stepped up to bat and give In-sang and Beom the stability that they need. Beom's mother is a supportive woman who keeps her fiery-tempered husband in check. But both parents love their kids - that's their strong point. This is a solid, loving family who won't let the kids be hurt. They're a wonderful juxtaposition to Yeon-hee and Jung-ho, the perpetually selfish, unthinking parents who hurt their children for the sake of saving face.

Both Jung-ho and Yeon-hee provide so much comedic fodder. Combined with the klezmer music and the epic fits that Yeon-hee throws, they are the most childlike characters in the show. They act like adults, but In-sang and Beom are more mature than them. While this comparison is funny, fitting, satirical, and entertaining, the show needs to break out of it's very tight mold and open up. It's been filmed only in a few locations and feels confined to short periods of time. The grander picture has not yet been revealed and it's beginning to stifle the drama.

Beom and In-sang are a wonderful couple, full of love and humanity, but also who made a mistake and continue to make mistakes. I would like to see more of their interactions and less of the parent hijinx. I want to see them grow through this experience. Lee Joon is spot-on and In-sang and can handle more than just a quivering mess of a young man. I want to see how In-sang finds his courage instead of skipping over those growing moments to the resulting scenes. And Beom, she has barely been developed. She is down-to-earth and a dedicated new mother, but that's really all we know of her. All of the focus has been on Jung-ho and Yeon-hee.

The ending of the episode is what will drive the show forward - or rather, it should drive it forward. We shall see. It could open up the world of "Heard It Through the Grapevine" should the writer and director choose to let it happen.

"[HanCinema's Drama Review] "Heard It Through the Grapevine" Episode 4"
by HanCinema is licensed under a Creative Commons Attribution-Share Alike 3.0 Unported License.