[HanCinema's Drama Review] "Heard It Through the Grapevine" Episode 5 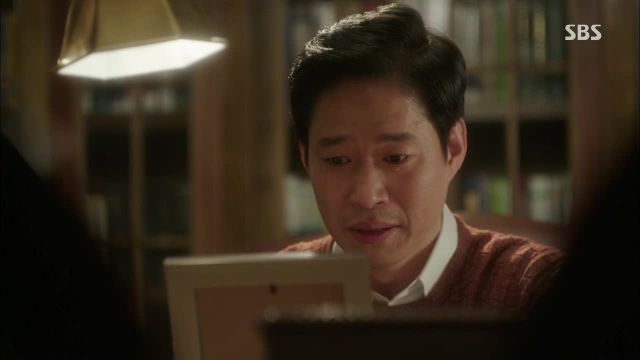 "Heard It Through the Grapevine" is really a tale of two woefully clueless socialites who are blasted by a huge social dilemma and handle it terribly. Yeon-hee and Jung-ho do not know how to deal with In-sang's out-of-wedlock baby or his marriage to a common woman. This episode is the start of their attempt to conform the young couple to their standards and their ignorance in how to treat their family as humans rather than as a social concept.

What makes this show so effective is not just the acting, but the music that accompanies the moments that most horrify Jung-ho and Yeon-hee. It is the clearest indicator of their humiliation and mortification. They also cry quite a bit in this show for the huge blemish on their social standing. Those tears are in direct juxtaposition with Beom's and her mother's tears - theirs are tears of loneliness and missing loved ones. Jung-ho and Yeon-hee don't realize that people are people, no matter how old or young, rich or poor they are. This show will teach them to be human - at least, I hope it will. Right now their thought processes include making appointments to see their baby when he isn't pooping his diaper. In-sang and Beom are a wiser couple than they in many, many ways.

Beom has begun to step out a bit as a character, proving herself intelligent and brave. Still, she and In-sang have stagnated in comparison to Jung-ho and Yeon-hee in regards to character development. They are the picture perfect, sweet, loving couple. While this is wonderful to see in dramaland, I'd prefer to see more of what makes them function as a couple, even if they are a healthy couple.

My biggest wish for this drama is to get it out of Jung-ho's and Yeon-hee's home. The bulk of it takes place there, which I understand with the baby as a major part of the story. But to make this drama move forward, it needs to bring the characters to the world, rather than bringing the world to the characters via the internet. The insular world is beginning to feel stifling.

"[HanCinema's Drama Review] "Heard It Through the Grapevine" Episode 5"
by HanCinema is licensed under a Creative Commons Attribution-Share Alike 3.0 Unported License.