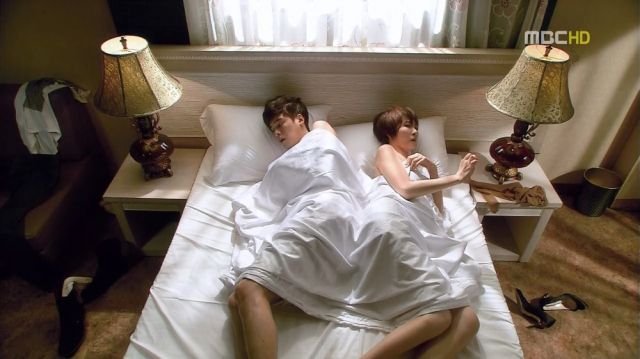 The entertainment industry is not exactly female dominated. This is not only true in Korea, but it is true also in Korea. The romantic genre in particular might be aimed at female audiences, but it is sadly not always concerned with real issues that women face and when it comes to Korean drama, not even concerned with exploring them from a female perspective. 'I Do, I Do' breaks away from that mold and offers a romantic comedy that is a bit more in touch with its target audience.

Hwang Ji-an (Kim Sun-ah) is a career focused shoe designer. Working at a big company, she wants to make it to the top and achieve great things. Park Tae-gang (Lee Jang-woo) is a poor young man who is helping his father in creating knock offs of famous shoes. He is talented and has potential, but cannot reach for his dreams when making a living is so hard. During a very bad day, the two get drunk and end up sleeping together. Ji-an discovers she is pregnant and has to face the dilemma of choosing between her future as a designer and motherhood, which her age might not allow her to have in the future. 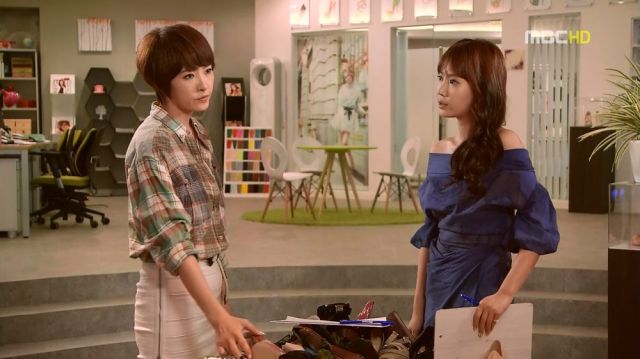 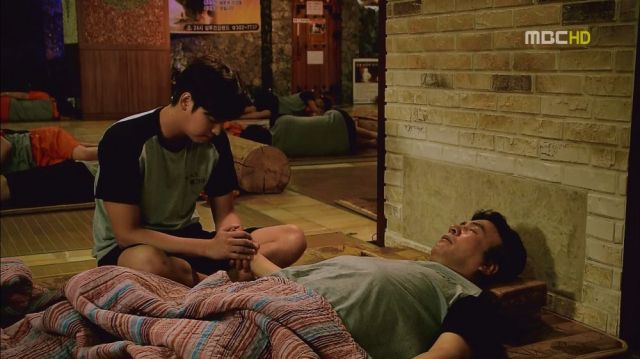 Being a woman in her society means that Ji-an's struggle between family and work is a very real one. In some places more, in some less, women still have trouble meeting often conflicting societal expectations while trying to do what makes them individually happy. So 'I Do, I Do' handling this topic and focusing on both the inner and exterior forces that make this situation hard on women, but also exploring it with its female lead as the focus is important. This is a female-centric show, a shift from the usual male-centric romances.

Despite focusing on its premise and the obstacles the woman faces on her road to her decision, the male character of Tae-gang is also important and not somehow neglected. By being the typical kind and hardworking male lead we see in romances where the woman is older, he is also someone men of his age can relate to more so than to cartoonish rich heirs. In addition to that, all the good characters here are likable enough and add to the world that the series builds, but also its realism.

In terms of problematic elements, this is more a issue of culture and mindsets than a flaw. There are some criticisms on abortion in the series and despite not reaching extreme levels, they just show that the makers allowed their prejudice to get in the way of them exploring the issue from a wider female perspective. Abortion is still mostly illegal in Korea and while no series would flat out defend it, it would have been nice to see it treated with a bit more humane an approach, considering how painful a reality it is for many. 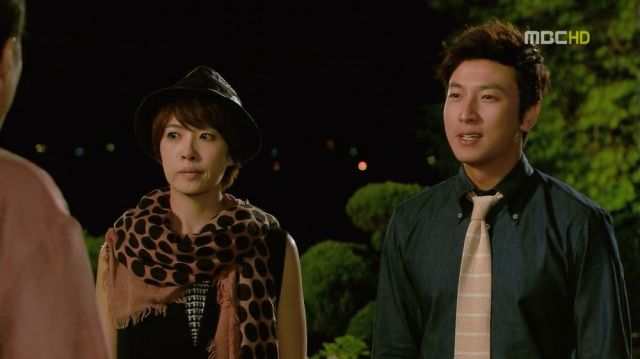 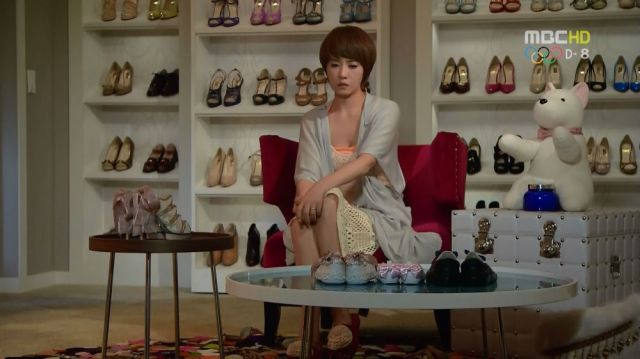 Perhaps the only true flaw that considerably impedes enjoyment is the lack of chemistry between the two leads. The writing and character development do help them along, but Kim and Lee just did not really connect as a romantic couple. Age is not an issue in such romances, as proven by dramas time and time again, but the actors just did not find that sweet spot of connecting to each other's performance and individual charisma.

'I Do, I Do' is not as exciting as other series in this genre, because it does not heavily rely on the usual tropes that keep viewers invested in those. It is also not some shining example of a work on women's lives, pregnancy, motherhood or career. What it is, is an enjoyable romantic comedy drama and at least an attempt at addressing topics that are real and important to women. Just as important as the joy of romances or sometimes even more.

"[HanCinema's Drama Review] "I Do, I Do""
by HanCinema is licensed under a Creative Commons Attribution-Share Alike 3.0 Unported License.