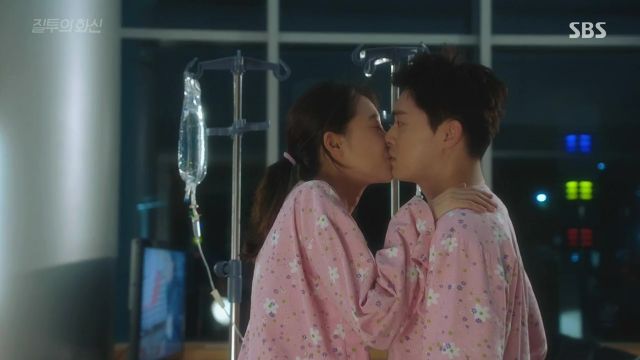 What is beautiful about "Incarnation of Jealousy" is how it explores very real issues and still manages to be engaging, funny, and heartwarming. Even though I dislike Hwa-sin's behavior, I empathize with his plight. Even though I think Na-ri does wrong, I still root for her. It is the flaws of the characters, in their histories, and in their present decisions that make the characters and the stories relatable.

Na-ri's and Hwa-sin's simultaneous breast surgeries set them both on a path to healing that goes beyond the physical. The surgeries make them explore their true desires, and the paths to those desires require different paths than either of them thought they'd take. Despite illness, Na-ri is willing to chase her dream after giving up. Despite his ego, Hwa-sin is willing to remain in his hospital room to support the very injured Na-ri. 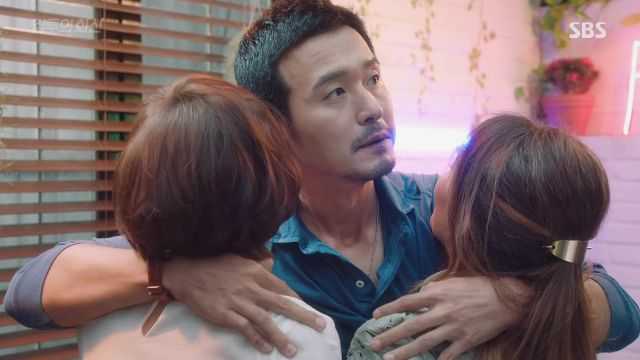 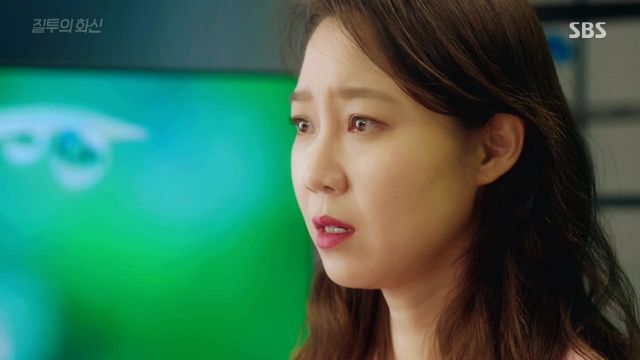 I'm particularly impressed with the show's handling of Hwa-sin, his ego, and the juxtaposition of his ego and his kindness. He is a typical Korean male, very macho, very self-centered, and very concerned with maintaining his image. But that is not all he is. He has a regard for people that has been buried under his past, the assumptions of others, the requirements of his job, and the pressures of society. This doesn't excuse his behavior, but I do love that I can see him on a path to change. This change is motivated without (by Na-ri), but stems from within. Jo Jung-suk layers those emotions so well.

Na-ri isn't quite on the same level as Hwa-sin. She has blinders on when it comes to her dream and her work, not that she can be blamed when there are bills to pay and a brother to support and not enough money to do so. Her tactic of pushing down her ego hasn't worked and watching her stand up for her skills and abilities against a sabotaging colleague was so satisfying. (She was stupid to leave the hospital hours after surgery, but for drama's sake, let's run with it.) It was also satisfying to see her shove Hwa-sin's misogynism is his face. Girl power! 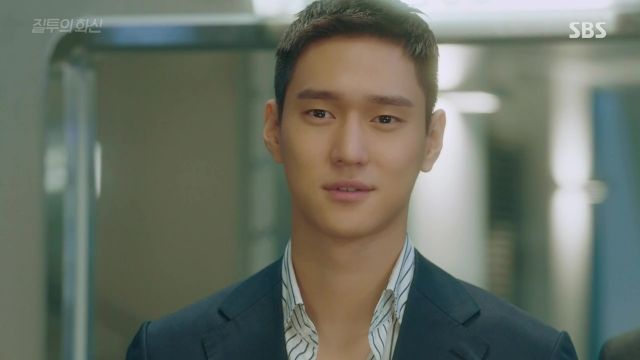 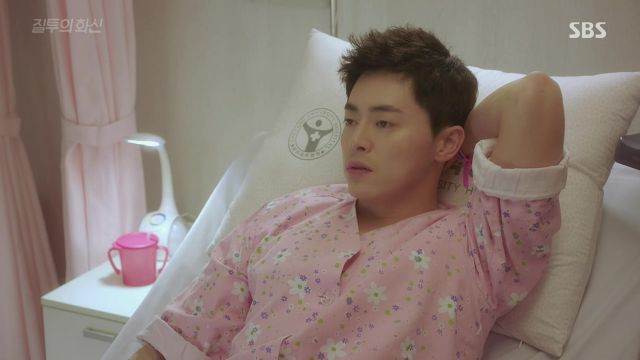