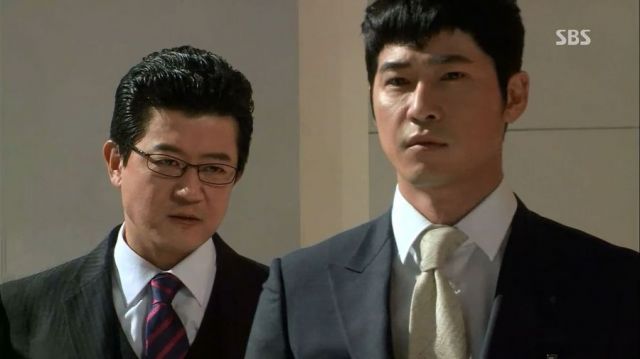 Both in terms of ratings and content quality, there is no doubt that when PD Yoo In-sik and writers Jang Yeong-cheol and Jeong Kyeong-soon-I come together for a work, something great is created. Having brought audiences two major hits with "Giant" and "Salaryman", they have proved they bring the best out of one another and the cast and crew they work with. While 'Incarnation of Money' sadly does not live up to the expectations the two series before it created, it still has plenty to offer.

When Lee Cha-don's (played by Kang Ji-hwan) father is killed by his trusted protégé and his mother is framed for the murder, he finds himself on the run. After losing his memory and being taken in by Bok Hwa-sool (Kim Soo-mi), he grows up to be a prosecutor. As he slowly recovers his past by being linked to his own family's case without realizing it, he must take his revenge against Ji Se-gwang (Park Sang-min), the man who ruined his life and is now a top prosecutor. 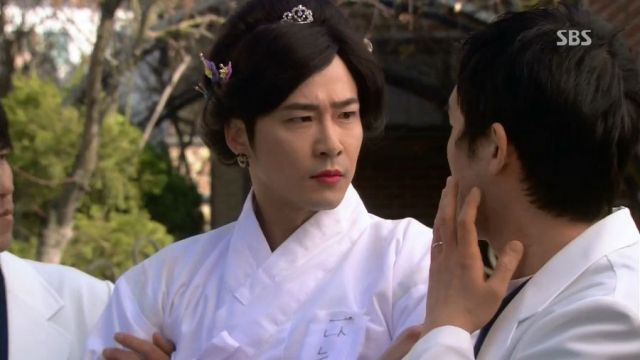 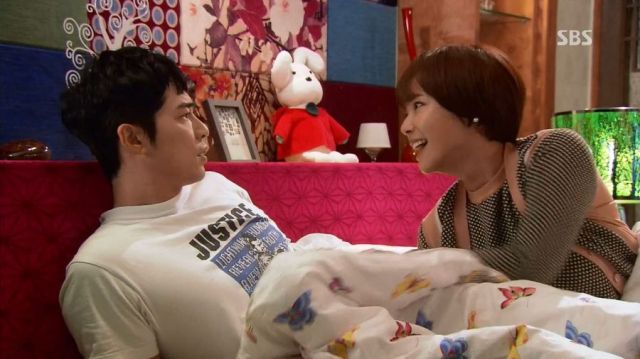 The biggest problem 'Incarnation of Money' has is the effort the creators seem to place in splicing "Giant" and "Salaryman" together. When one has raised the bar so high for themselves, it can cause a lot of pressure to meet the standards that have been set. The third attempt fumbles about in confusion for some time, because that marriage of comedy and melodrama, trying to be a dark and heavy revenge story with gags in it, simply did not work. The comedy, while sometimes spot on and hilarious, was for a big part uninspired and it felt detached from the more serious parts of the drama, rather than being woven into the very core of it.

This causes issues with the characters as well, since their split personalities and more laid back nature overstay their welcome before we go into completely melodramatic territory. It is as if the first half of this series tries to be "Salaryman" while the second half drops the laughs completely and finds its balance as more of a "Giant". Perhaps the very concept was simply a mistake. While comedy and drama can coexist, tone is important. And it is just impossible to make a heavy revenge melodrama that includes more than sporadic comedy.

That said, when the proper revenge part of things does kick in, we get the true quality the creator trio is capable of. The mind games and power play between Cha-don and the villains as well as their interactions are lovely and engaging, the performances solid and characters finally settle down in terms of style and characterization. As a revenge drama, the second half is good. Not brilliant, but good. Park Sang-min shines as a villain and the chemistry between Kang Ji-hwan and him makes their battle the most interesting part of things. 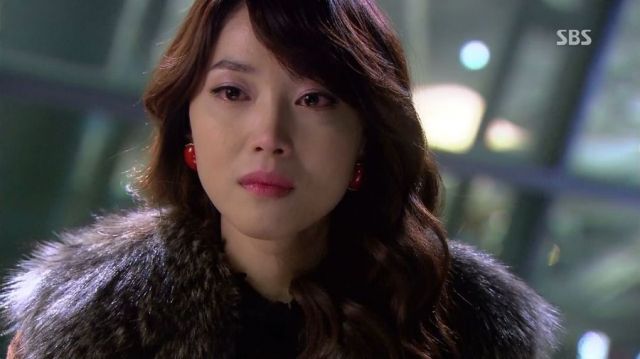 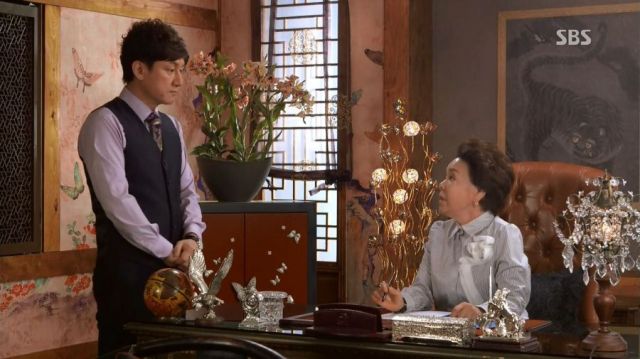 The secondary characters are also interesting and the power struggles detailed and entertaining, enriching the whole thing further. Creating great ensemble pieces is something these makers are still good with and which does give their series an extra boost, rather than everything relying on the leads and their interactions alone. The romance is the least interesting part of this, since Madame Bok's daughter, Bok Jae-in (Hwang Jung-eum), is a far cry from Hwang Jeong-yeon ("Giant") and Baek Yeo-chi ("Salaryman") as a female lead, but her character is also more of an outsider to Cha-don's own problems, so it does not really harm the main plot.

While fans of "Giant" and "Salaryman" might find this a downgrade in quality, 'Incarnation of Money' does have some good things about it. Occasionally awkward comedy and the failure of combining it with the melodrama aside, there are glimpses of what the trio does well here. For those who have not watched the other two series and plan to, this is perhaps a good place to start, if they want to go from worst to best. It is still a good melodrama and it maintains some of the elements that make these three people's work fun.