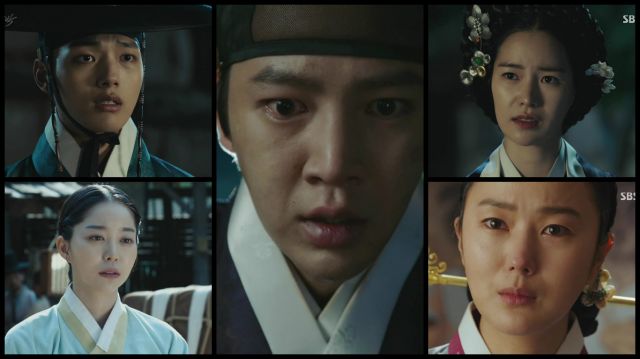 "The Royal Gambler" should've been slated for sixteen episodes. At this point we're at episode 16 and had the action been condensed into a shorter broadcasting period, perhaps the action would feel, well, more exciting. We have eight episodes to go and it's hard to see the light at the end of the tunnel. There is a bad guy; there are two brothers who have the potential to become deadly enemies; there are sick parents; and there are parents who aren't all dead.

Rather than the multiple stabbings that littered the first third of the drama, this second third of the drama is full of family angst and of the characters discovering their identities. It would be more exciting if the audience weren't privy to the process of discovery. We already know what is happening and why it is happening. Plot twists are just bumps in the road rather than course altering paths. Even the twist at the end seemed contrived and induced more exasperation than excitement. Historically both King Sukjong and Sukbin die around this time, so their deaths are expected and would be logical heralds for the last third of the drama. Instead, the plot relies on In-jwa's mechanizations to propel the action forward. Rather than a character, I see In-jwa more as an expositional tool. His frustrations last seconds before he has another brilliant plan to shape and mold the world to his liking and specifications. Give us more than black and white with him. Shades of grey make villains deliciously detestable. 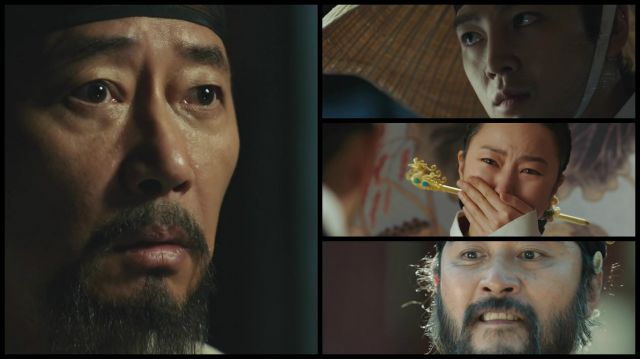 As for Dae-gil's reaction to the revelation that he has family, and they are royalty, it was one of my favorite things in the episode. It was understated and allowed Jang Keun-suk to open up as an actor. The safety of his good relationship with Yeoning is unknown, and perhaps the only decent mystery in this show. Will the brothers become enemies and fulfill In-jwa's semi-prophetic plans? (I phrase it this way only because he has gotten his way over the span of Dae-gil's and Yeoning's lives.)

The women of the show are relegated to a sobbing and sick Sukbin, a lovesick Seol-im, an underwhelming Dam-seo, and the newest addition to Dae-gil's growing household, Gol-sa's merchant daughter. They all have potential to be strong, self-sufficient women. Instead, they all latch atrophy as characters, especially Dam-seo whose story is so underwhelming that I wonder why she's still around at all.

Eight episodes to go. Please let them be more exiting.