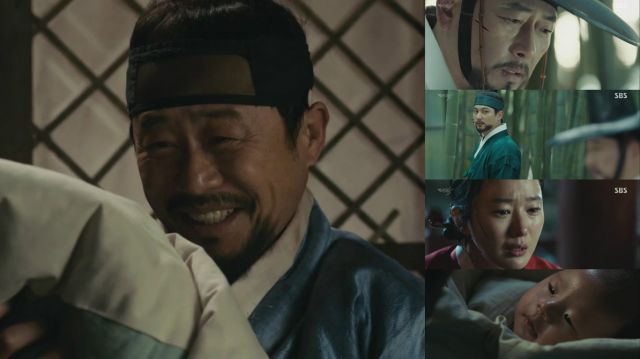 "Jackpot" is once again the highest rated of the new shows at 12.2% for episode 2. From the outside, the drama is all glitz and glitter: beautiful choreography, stunning naturescapes, keen camera storytelling. But its insides are messier: jumpy character sketches, repetitive themes, and illogical schemes. These may work themselves out with time as many introductory episodes can lack clarity in the rush to introduce the drama.

This drama is going the way of most sageuk, or historical dramas, in that it is focusing on the backstory of the main characters before it delivers the handsome leads in their fullest glory. We may not see Jang Keun-suk and Yeo Jin-goo for another episode or two yet. But we are getting a lot of Lee Moon-shik as the pathetic Baek Man-geum. Man-geum is not a likeable character in the least. He's a grovelling, erratic, and disgusting human being. Played by any other actor, it would be impossible to empathize with him. Luckily, they casted Lee who brings out the best in this repulsive man and who managed to make me feel sorry for him at certain points. Gambling is indeed an illness, but it doesn't make throwing one's baby over a waterfall any less horrifying. 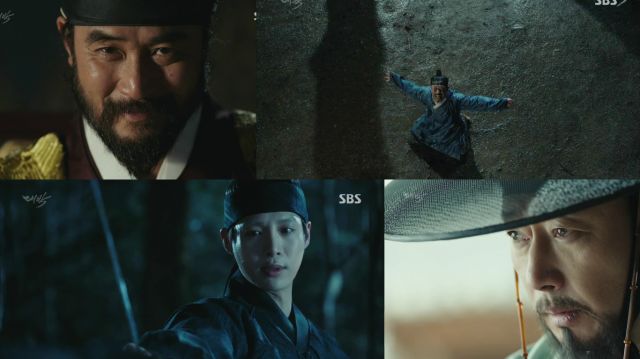 Yeon Jin-seo as Bok-soon is less moving. It could be that her character either yells or cries in every scene, which makes it hard to truly like her. Bok-soon is certainly easy enough to empathize with, but that isn't enough. I feel distanced from her. The plot point circling around her baby that is almost definitely Man-geum's and not the king's could feel much more severe had it been handled better. Instead, the entire thing felt trite with In-jwa somehow knowing the truth of the baby's status without any research, or the king taking Bok-soon in because he couldn't deny his nether regions. A child that isn't the king's is a severe offence, but it felt like a rushed mystery novel rather than a point of contention.

Then there in In-jwa's "noble" cause. He aims to rid Joseon of the corrupt by killing and maiming and lying and cheating. He kills I-soo and then cries over the death. Had they not pussy-footed around the life and death battle in the sumptuously beautiful bamboo grove, perhaps the death would've had more impact. Two men who care for each other are forced to stand as enemies. That's good stuff! But drawing it out as it was deflated the scene like a popped balloon. 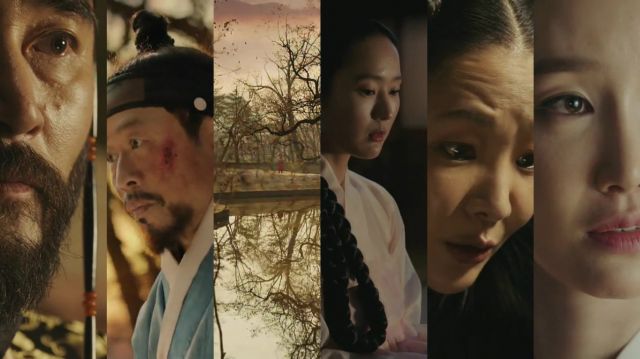 I'm hoping that the anticipated introduction of Jang Keun-suk and Yeo Jin-goo will remedy the plodding pace and the awkward attempts to incorporate gambling into these first episodes.

What do you think, HanCinema viewers? Do you agree with me? Or perhaps I was too harsh? Did the premiere of "Jackpot" have you jumping in your seat? Or, were you feeling less than thrilled?