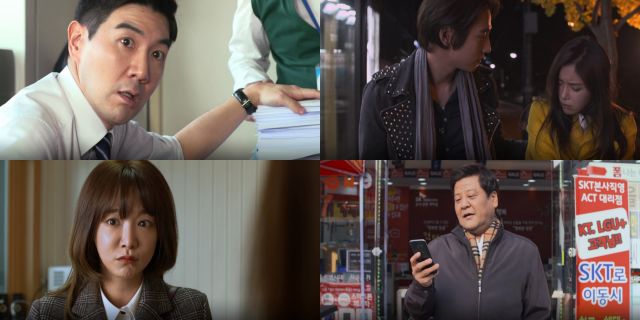 In the city of Goyang, crimes involving family, women, or children are handled by Min-hyeok (played by Han Sang-jin), the head of an investigative team responsible for official inquiries into such matters. These kinds of crimes tend to be fairly lurid- and yet "Justice Team" is a surprisingly down-to-earth drama about the technical details involved with criminal prosecution. The actual case at the center of the first two episodes isn't even particularly racy, being more of a sexual assault case than explicit rape.

One important factor that's examined is how most of the important supporting details of the crime happen way before investigators are even involved. While the first episode contains some token introduction of the legal team ultimately what we're watching is the story of how the sexual assault happened. How people were suspicious, but mostly just jealous, so they were intentionally ignorant in advance and actively skeptical in hindsight.

Bo-bae (played by Shin So-yul) plays an important role following all of this in that she just provides material moral support for the victim. That may not sound like much, but when the case in question is literally a he-said she-said situation founded upon an explicit power imbalance, that kind of thing can be really important. Finding any hard evidence at all is pretty much completely a matter of luck, so persistence in the face of difficult odds is a pretty strong point.

As for that investigation...in dramatic terms, that concludes in hilariously anticlimactic fashion when it is discovered that the perpetrator, who just a scene ago had been smugly smiling to himself about having outsmarted everyone, did something really, really stupid. I'd criticize this, except that as often as not this is exactly how such investigations often go down. Not with wild theatrics, but through more mundane breakthroughs that render other such evidence meaningless.

"Justice Team" is a tad well-worn in its simple premise. The project is not an especially ambitious one, and even the jazzy soundtrack largely brings to mind an older time of straightforward television with good guys and bad guys. I suspect this is partially a consequence of the South Korean Department of Justice sponsoring the drama, for some reason. To do what, build awareness of how real criminal investigations are different than what we see in concept driven mass media? Well, whatever the reason for the existence of "Justice Team", it's a fairly solid web-drama. I like it.