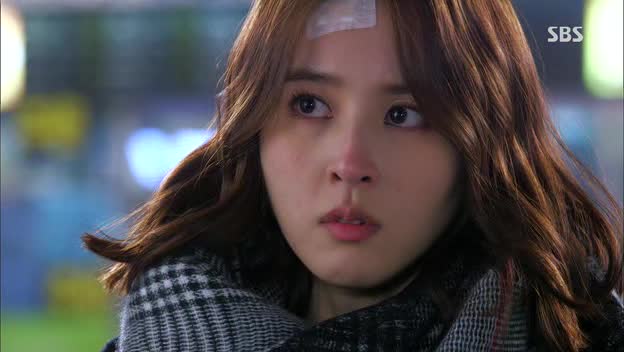 "Kind Words" is a twenty-episode exploration of marriage and all the ways that it can go wrong. It reminds us that marriage isn't just an affair between two people, but between two families. This melodrama is directed by "Five Fingers"' Choi Hyeong-hun and penned by "Can We Get Married?"'s Ha Myeong-hee, both of whom manage to infuse some light-hearted moments into the dark subject material.

In its first episode, "Kind Words" is an exploration of Korean society's views on marriage, divorce, adultery and a man and woman's roles in the family. Views run the gamut from traditional to modern and the family's involved in the show play out. It's an interesting show to watch from the point-of-view of an American like me who was raised in such a dissimilar culture. In Korean culture, marriage forges very specific family ties that define very particular roles for man and woman. To break a marriage is to break ties, but the very specific family hierarchy defined by centuries of culture. Even the more contemporary of family's are still subject to tradition and culture.

The two couples around whom this drama centers are Na Eun-jin (Han Hye-jin) and Kim Seong-soo (Lee Sang-woo), and Song Mi-kyeong (Kim Ji-soo) and Yoo Jae-hak (Ji Jin-hee). Eun-jin and Seong-soo suffer from Seong-soo's adultery five years ago and they have not been able to recover from the breakdown in trust and communication. Mi-kyeong has discovered that her husband Jae-hak is in love with Eun-jin by setting a tail on him and also because he is very emotionally distant. This episode explores the different relationships between people in marriages and affairs alike, pointing out how difficult both situations are to cope with.

Not only are the various pairings dealing with problems, but their family's must deal with the fallout. Eun-jin's daughter, Kim Yoon-jeong (Lee Chae-mi) in particular is having a hard time with her parents' strained relationship. She deals with the issues head on, which is only made possible by the brilliance of child actress Lee Chae-mi. Chae-mi is capable of embodying and expressing the very difficult emotions of a child dealing with her parents' suffering marriage.

Another stand out acting job is by Kim Ji-soo as the wife who has discovered her husband's affair. Her character is a hard-working housewife who has to serve her nagging mother-in-law, take care of all the housework and keep her family together. The ability of Ji-soo to show Mi-kyeong's pain beneath her "good housewife" mask is remarkable. She also has amazing chemistry with everyone on screen.

The counter for the heaviness of subject material is what I mentioned before, the light-hearted moments. Those are found in the sibling relationships like the one between Mi-kyeong and her half-brother Song Min-soo (Park Seo-joon). These relationships are forged strongly by suffering through family crisis and years of companionship. They are tender, funny and cute, which makes them much needed. Watching couples argue about changing emotions and infidelity is heavy stuff that gets difficult to watch.

While I wasn't blown away by the first episode, neither was I bored. The jury is out on the quality of the show in general, but the episode was a solid introduction. If it keeps the touch of humor and a few healthy relationships sprinkled in scenes here and there, it could be a very interesting journey.