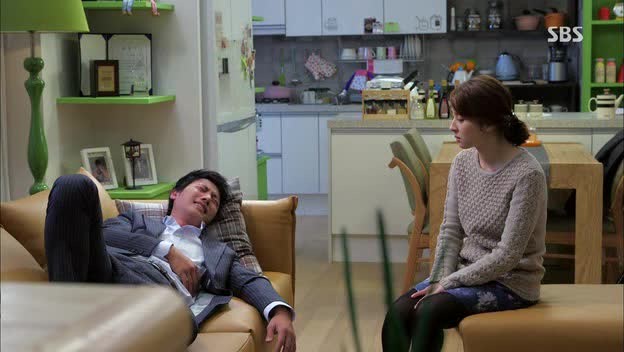 "Kind Words" is still very strongly in the introductory phase. Family members introduced in the first episode were given more screen time and assigned the roles of reducing marital stress. A bit of a mystery was introduced as well, but it isn't pleasant nor a venue that the show should have taken to create interest.

Eun-jin has been receiving threatening letters and physical threats. It is linked to her adultery and has her concerned for the welfare of her family. She may not get along well with her husband, but she cares for his well-being. While the situation serves as a catalyst to force Eun-jin to reconsider her life, it is such a contrived way to garner viewer interest. Mi-kyeong is most likely the instigator of the threats and it is a way for her to vent her frustration. She is a pent up, overworked, underappreciated housewife suffering from the results of an arranged marriage: her husband doesn't love her. Still, this method seems extreme and doesn't fit with the very family-oriented tone established by the first episode and the rest of the second.

Mi-kyeong is unhappy in home and marriage, but she has this beautiful relationship with her half-brother, Min-soo, who is a treasure of a character. He is the illegitimate child of the family and has struggled because of it. Yet, he has a good outlook on life and a potential romance brewing with Eun-jin's sister, which, no doubt, will create more problems between Mi-kyeong and Eun-jin. Extreme characters like Mi-kyeong's make me wary. They are very easy to dislike and use as a cardboard cutout of a villain. I hope the drama doesn't take her revenge too far because I want to see her be more than a housewife. I want her to be like she is with Min-soo: a woman who is treated like a human being. 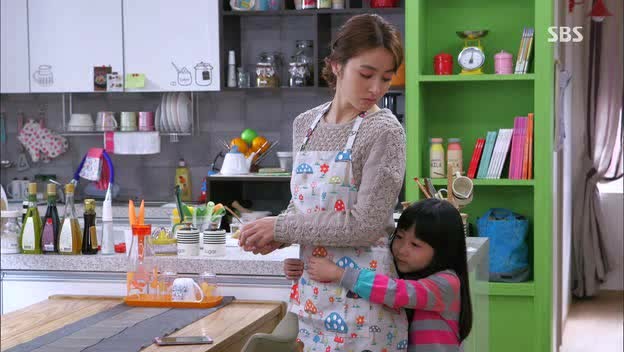 One of the strongest parts of the episode was the relationships between the husbands, Seong-soo and Jae-hak, and their brothers-in-law, Jin-chul and Min-soo. Jin-chul and Min-soo take it upon themselves to cheer up Seong-soo and Jae-hak while at the same time remaining 100% loyal to their sisters. It's a beautiful show of brotherhood and loyalty to family. I hope their roles in the drama are meaty because, as of now, they are more interesting than the waning marriages. The other strength was Eun-ji's daughter who is having a hard time dealing with her parents relationship and feels the need to constantly seek confirmation of her parents' love. It's sweet, touching and heartbreaking.

I had hoped that the show would focus more on marriage and family and how to deal with such weighty obstacles without the drama of revenge. I will instead enjoy the absolutely lovely instrumental OST, the small scenes with the brothers-in-law and anticipate that real strides be made in covering what marriage and family is all about.