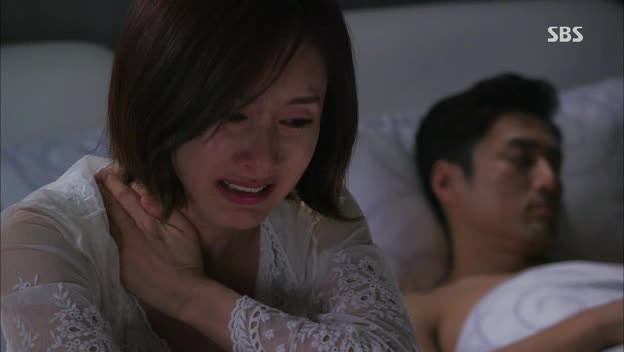 "Kind Words" could've taken the mystery and made it overly dramatic. That would've ruined the show. Instead, it forced people to open up and talk, and scream, and cry. When marriage and divorce are on the line, those things are necessary, and "Kind Words" knows that.

Episode 3 surprised me. Seong-soo and Eun-jin open up to each other and really communicate, something that is rarely seen in K-drama. Eun-jin and her mother have an honest-to-goodness fight that really hashes out differences and allow the women to work out their issues. Sure, there are a few barbs thrown in here and there, but the most important factor is the communication. It's that these characters are seeing the missing pieces in their marriage by opening up in a way that they should've a long time ago.

Eun-jin and her daughter are also bonding after the trials of the first two episodes. Marital discord hurts children and "Kind Words" doesn't hesitate to show it. Although young Yoon-jung masks her pain under her sharp wit, her hurt is still there and manifests in her attachment to her mother and her hypersensitivity to her mother's moods. Not only is it effecting Yoon-jung, but the rest of Eun-jin's family: her parents, her brother, her brother's wife. As I mentioned last review, a marriage is a family affair and when it's hurting, the family hurts. Seong-soo spends a lot of time in this episode making amends with his in-laws, which is vital for the health of the marriage. 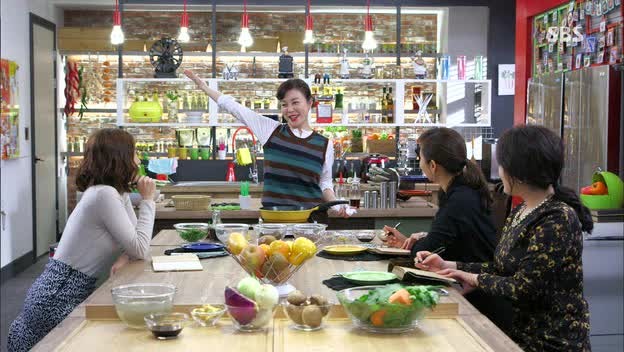 Another thing this show does well is expressing the different views of marriage, divorce and marital solutions. Some of the opinions are shown through family conflict, but most of them are voiced by the different women in Eun-jin's cooking class. It's a group of married women with children who each have an opinion of how marital woes and cheating are to be handled. Through gossip and friendship they are able to air and discuss key points of marital relationships and explore them. There are some who believe women must stick to their husbands no matter how bad things get, and there are others who accept divorce as a solution for loveless marriages.

To keep things fresh and provide fodder for future conflict, there is some young love brewing between Eun-ji's fiery sister, Eun-young (Han Groo), and Mi-kyeong's beloved half-brother, Min-soo (Park Seo-joon). The new love will add spice to the drama, especially with Han Groo and Seo-joon's amazing chemistry and strong characters. Mi-kyeong seems like the person who will handle the developing love the worst as she is barely holding onto her sanity as it is. Her character is unlikeable, but extremely pitiable and easy to understand. She is well-written and acted, and someone I'm keen to watch grow through the series.

Her husband, Jae-huk, on the other hand, is a wet mop who is handling the entire affair and the fallout terribly. He needs to do some growing and some growing up. Again, this is something worth watching for.

While the filming of this show isn't particularly glamorous, the camera work is clear and doesn't detract from the story. The background music is stunningly beautiful and well-suited to the drama. Care is given to wardrobe and settings as social status is something important in marriage and Korean society. Three episodes in doesn't give much material to base judgement upon, but so far, "Kind Words" does not disappoint.