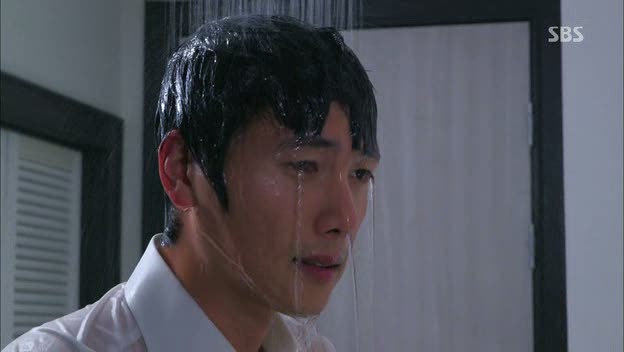 "Kind Words" continues to skillfully navigate the murky waters of family and human error. Time continues to pass, people continue to love and err, and problems accrue that must be dealt with. The beauty of it all is watching people come to realizations and change because of them.

The groundwork in this episode was laid down by Eun-jin's family. Spirits are high with the reunification of Eun-jin and Sung-soo and the happy family scenes are peppered over the hour as reminders of why the trials of love and marriage are fought so desperately. The joys of a happy family are worthy, bountiful rewards that no one wants to lose. In the case of Mi-kyeong and Min-soo, they haven't experienced the joy of family; not really.

Mi-kyeong and Min-soo grew up in a home that was broken by infidelity and that subsequently skews their views and expectations. Both have been degraded by society and Mi-kyeong continues to be abused by her mother-in-law who expects her to endure whatever husband, Jae-hak, does. He has been raised with this mindset and has been selfishly refusing the blame for his affair and heaping it onto Mi-kyeong for using an illegal detective. Only when he sees Min-soo defend his beloved sister and his mother treating Mi-kyeong like a dishrag does Jae-hak finally realise how badly his poor wife is suffering. Whether or not he will act on the realization is something left to be seen, but the point is is that he saw it.

In "Kind Words", realization is always the point. Can the people who commit sins see what they did and how they affect others? After that comes responsibility. But the first step is realization. Without that, the wrongdoer will never truly grasp that he or she was wrong. "Kind Words" has, thus far, skillfully maneuvered through the rough emotional steps people go through. 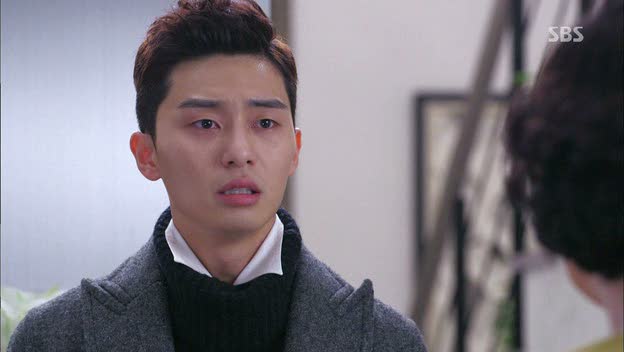 Min-soo is a great character because he tries to avoid making the errors his parents did and is extremely black-and-white about how a relationship should be. But when he feels wronged, the revenge he exacts is merciless because of how damaged he is by his past and the constant abuse of his memories. A relationship with Eun-young, Eun-jin's sister, could teach him to accept and forgive his past, but the connection with Eun-jin could ruin that.

Another interesting character is Sung-soo who seemed to be happy just to have his marriage back. But then doubt and suspicion settle in at his wife's strange behavior and that shakes him. It takes him to the same state as Eun-jin was in when she doubted him. Only now the stakes are higher. They've fought once and the family is still tender from the healing process. For him to come out and ask would mean to break up everything that has been so carefully re-wrought. This is the dilemma people in these situations find themselves in. It's not only guilt that silences wrongdoers, but fear of causing more pain. In no way do I personally excuse adultery or lies, but "Kind Words" explores the mechanisms behind these social betrayals, and that's what I appreciate about it.