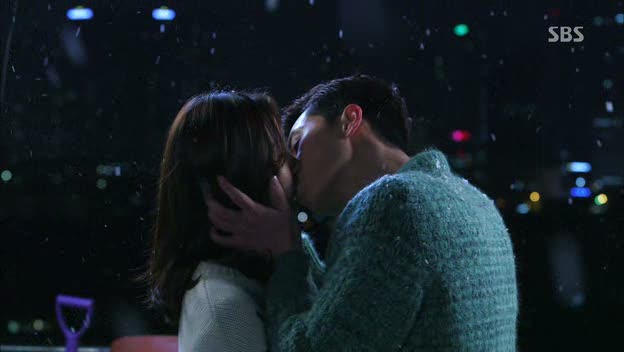 The pacing in "Kind Words" is absolutely stellar. This episode saw two very important events that had been built up to, but that will also counter each other and produce misery. It was a brilliant play by the production team because the proceedings led seamlessly into the two big reveals. Those reveals and the potential agony and conflict they hold are fueling the forward motion of the drama.

Cheating always fosters suspicion because it changes the behavior of the cheating party. Sung-soo has been suspicious of Eun-jin and he can't quite shake it. On top of that is the current level of happiness of his daughter and his in-laws. Put those together, and the reveal of Eun-jin's cheating becomes a devastating emotional blow. Then there are the two budding lovers, stoic Min-soo, Mi-kyeong's devoted half-brother, and bubbly Eun-young, Eun-jin's self-sufficient sister. When the truth surfaces, they will have to deal with their family situation that is in direct opposition of their romance. This will add onto Eun-jin's guilt as will how broken her family will become. It's a horrible, horrible situation, but I love it for the juicy plot it provides. It's deliciously complicated in all of the best ways; it hasn't gone too far the way of the soap-opera despite the fact that it is very melo.

What is so wonderful about this build-up and the fallout to come is that the people involved are easy to commiserate with, cheer for and pity. Eun-jin's and Sung-soo's little girl, Kim Yoon-jung

(Lee Chae-mi), is fragile because of her parents fighting. She desperately clings to these newfound happy times with a fervor so ardent that her parents currently dare not say anything to upset her. She constantly seeks reassurance of her place in the family and of her parents fidelity to the family unit. That tenuous trust burdens the guilty parents who are pitiable themselves. One doesn't have to condone cheating to understand and empathize with the cheater's suffering because that suffering is for others, not themselves. Eun-jin doesn't want to hurt Sung-soo, her parents, her siblings or her child.

On the other hand, we have the innocent Eun-young who has done nothing but fall in love, but for that she will suffer. Min-soo committed a crime against Eun-young who committed a crime against her family and against Mi-kyeong and her family. It's this nasty complicated web that I'd never want to experience in person, but as a viewer, it's delightfully fascinating to watch. I revel in the schadenfreude. 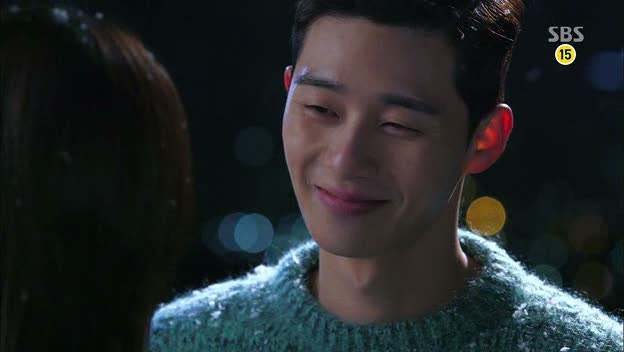 All of this is due to the careful directing and clean writing, which I have to commend along with the background music. It is full of Spanish guitar, Chopin-like piano and unobtrusive songs. The acting is also superb and it's hard to pinpoint the person who carries the show, because they are all doing an excellent job. I'm most surprised to find Park Seo-joon doing so well, but he does have the epically talented Han Groo beside him.

I honestly didn't expect to like this show because of of the subject matter, but the production is so well-balanced between the good and the bad and it does such a good job of delving into the situation that I can't help but enjoy the ride.