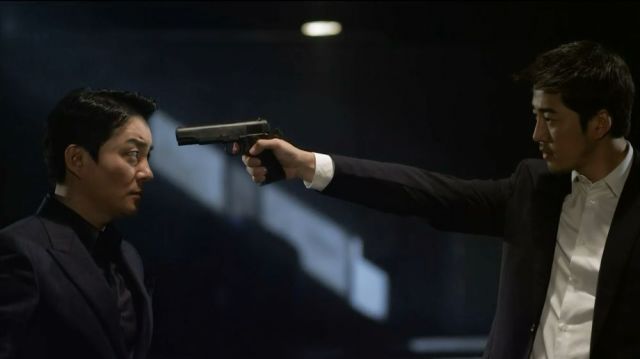 Trying genres outside of the historical, family, romance and melodrama realm is never an easy challenge in Korean drama. New audience does not simply appear out of nowhere, it has to be convinced. Pre-production as a system has also been an unfavorable one for ratings, with viewers unable to control a show's development. Yet series like "Last" are eye-opening. "Last" is not only good, it also reveals the flaws in the system and potential in the industry.

Jang Tae-ho (Yoon Kye-sang) is a man playing the stocks for clients. After he loses a great amount of money for a gangster and his partner dies as a result, Tae-ho ends up on the run and homeless. He finds himself in the world of Seoul's underground, which is run by Kwak Heung-sam (Lee Beom-soo), a man who profits at the expense of the poor. Tae-ho decides to take his life back and reach this secret organization's top. 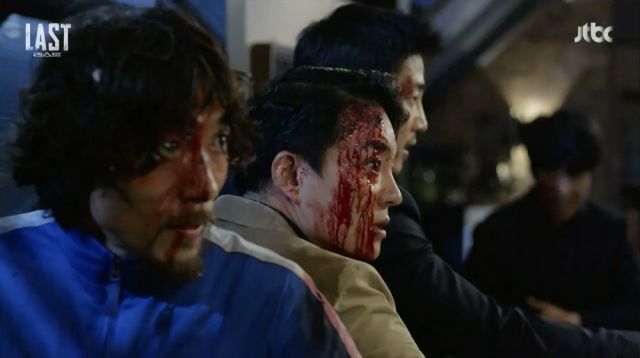 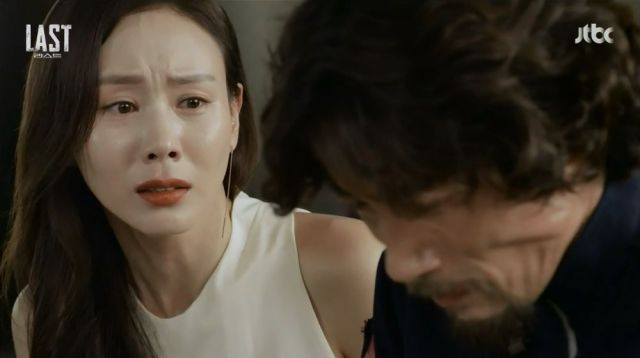 The richness of its world and characters, its moral exploration and immersion are where "Last" really shines. The world of Seoul's underground is more than just the setting for the story, but a big part of what has shaped the lives of the people who inhabit it. And these people are the core of the series. No one is an idealistic portrayal of a human being. They all have flaws and virtues, whichever side of good or evil they most belong in. This depth in their characterization and the gradual development and unveiling of their multifaceted existence make for gripping drama and great emotional investment.

The cast is a big part of this, of course, as they are the ones who must flesh all of these things out. As wonderful as the cast and performances here are, however, the quality of the writing and balance of it really elevate the story. This is not without issues, two of which will be mentioned below, but the crucial role of time and creative freedom really show. Due to its semi pre-produced nature, the drama never becomes messy, flaws aside. This is a polished action and character drama.

The problems which "Last" does have seem to stem from some poor creative decisions and lack of time, but not in the sense of filming. Rarely does a drama need more episodes, with most resorting to sloppy tricks in an attempt to extend their lacking material. This is a rare case where more episodes would have provided time to develop all the interesting backstories and characters which never got to flourish. At the same time, two of the three female characters are mostly unnecessary, regrettably so. One of them ultimately has little practical or dramatic use and takes precious time away from more interesting personalities. 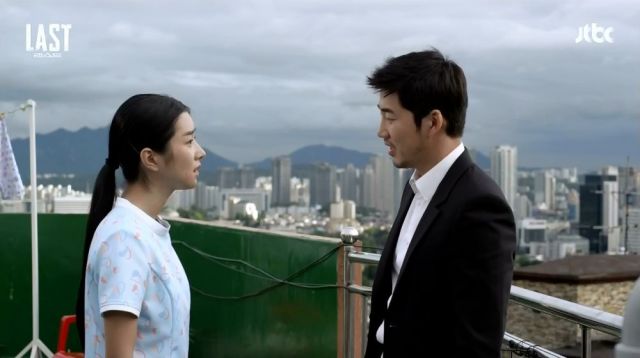 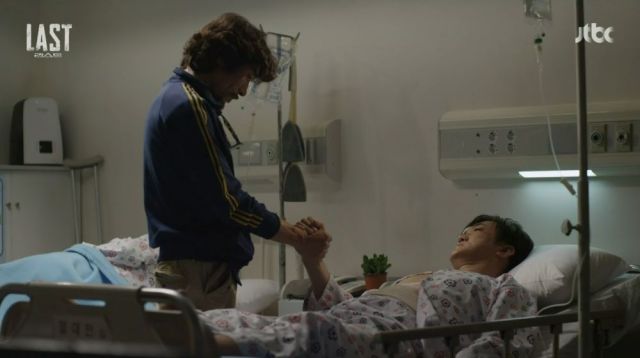 Aside from this, the big conceptual flaw of "Last" is its male lead. Tae-ho is an observer from the start. He enters a world more complex than his own and he himself is less complex than those in it. This works for a while, but his poor development and central role in the plot clash. Tae-ho becomes more confusing than morally ambiguous and when the series does rely on his own character for an emotional connection, it is at its weakest. Yoon Kye-sang's work helps, but it can only help so much.

While the series generates the wish for it to have been much more, it does so because of how great of a story it already is. It may not interest those who look to their entertainment for relaxation and positive thoughts, but viewers who want something more "meaty" and who find entertainment value in such works will find one quality piece in "Last".