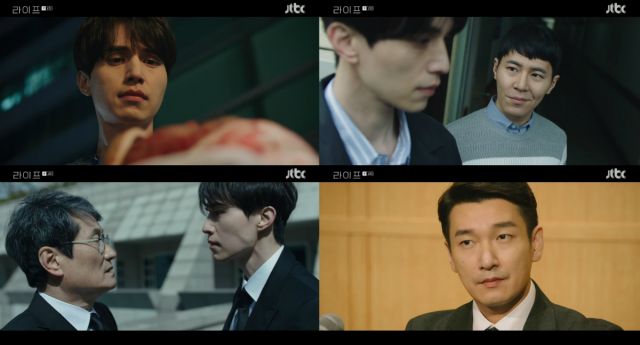 "Life" starts with a thud, rather than a bang, and the ripples caused by one's tragic fall that sparks everything already brewing under the surface begin showing immediately. The drama's sleek, dark and intense first episode introduces its characters and their basic connections, but it wastes no time in setting up the main mystery, the power play, as well as some more surprising elements, fueling my excitement for the story.

The premiere's most pleasant surprise is Ye Jin-woo's (Lee Dong-wook) character; a man I thought would be a reserved and unwilling hero. Jin-woo's calm and collected demeanor are not signs of eagerness to avoid conflict, they are signs of keeping one's cards hidden at all times, and scoping out all the moves which can affect them. The nagging voice of his true thoughts portrayed by his brother, Seon-woo (Lee Kyu-hyung), is loud, clear and gripping. 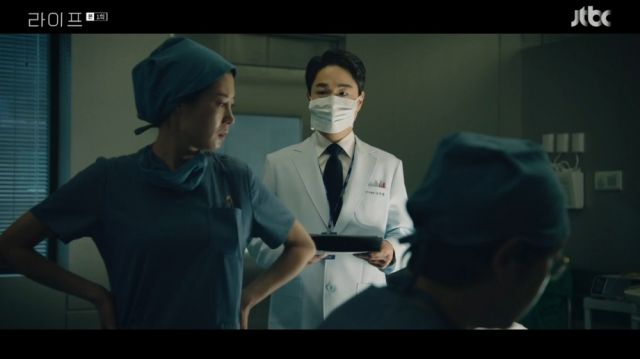 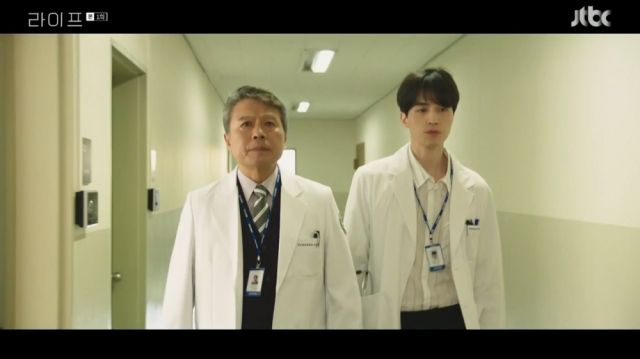 There is a lot happening in this hospital, and it will take assertive personalities to sort through the mess, which makes his character exciting to follow. The death of Lee Bo-hoon (Chun Ho-jin) has embezzlement, power games, the sale of a hospital to a private company, and the "house cleaning" of staff behind it, giving us plenty of suspects for potential foul play. This is a reality that many in Sangkook University Hospital are aware of.

If Bo-hoon's death is the spark, then Goo Seung-hyo's (Cho Seung-woo) arrival is the catalyst. The man is already so hated, he might as well have horns at this point. Seung-hyo represents an ominous change, and legality notwithstanding, he is a usurper stepping over a grave to reach his pedestal. Along with Kim Tae-sang (Moon Sung-geun) he is an easy enemy to hate, and Jin-woo has already expressed his willingness to demonize him, possibly obscuring his sight of the truth. 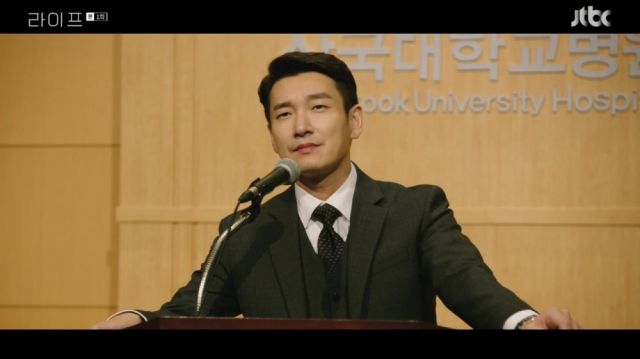 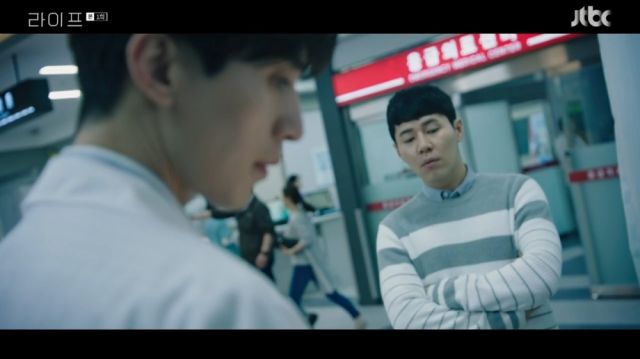 The story and characters are immersive, and the technical side is impressive. I love the imposing score that does not overstay its welcome, the camera work, and how it showcases the cast. The color palette of contrasting blue and yellow hues is beautiful and functional. It may be a very common approach, but it is also one that really suits the setting, and can work wonders if used well. The drama's overall production value is solid.

And where would we be without the cast? Lee Soo-yeon-I's understanding of acting prowess shines through "Secret Forest", and now through "Life". In a story more about showing than saying, a good cast is key. I am particularly looking forward to Seon-woo's dual role as a rare character with a disability, and as Jin-woo's mind. Where are you going with this imaginary element in a realistic setting, "Life"? Do I need to get my tin foil hat?