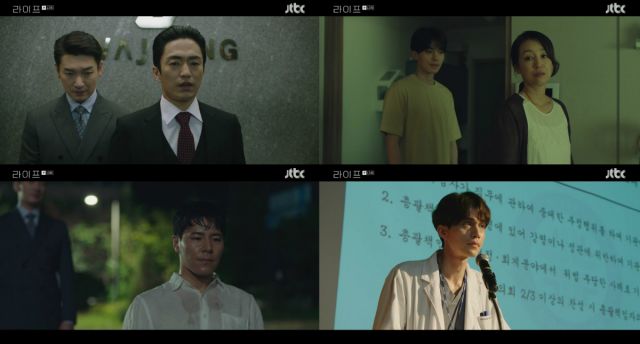 After dropping that confusing cliffhanger last week, "Life" opts for a little break from the power play kerfuffle in episode thirteen. What is obviously a move to stall plot progression leaves room for focus on matters outside of Sangkook University Hospital. While some of them are welcome, the series is increasingly scrambling for drama in all the disappointing places. Can "Life" find its way back before the end?

Seon-woo's (Lee Kyu-hyung) is truly a tragic character, but not in the way the drama wants him to be. I am referring to his designation as the show's honored guest for the pity party formed over his disability. Introducing his shorter lifespan, his sense of guilt, and his pain over not being able to date as romantic stereotypes require would not be problematic if they were done in order to explore the topics. Unfortunately, they are here for drama alone. 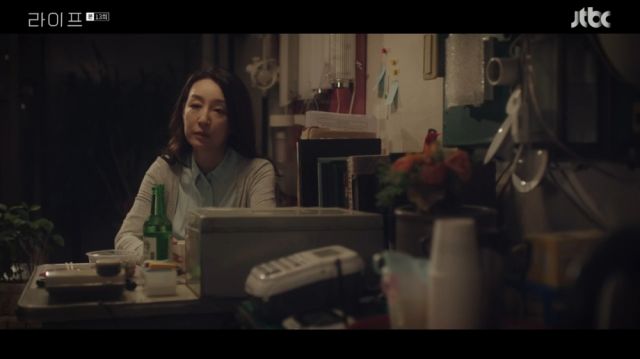 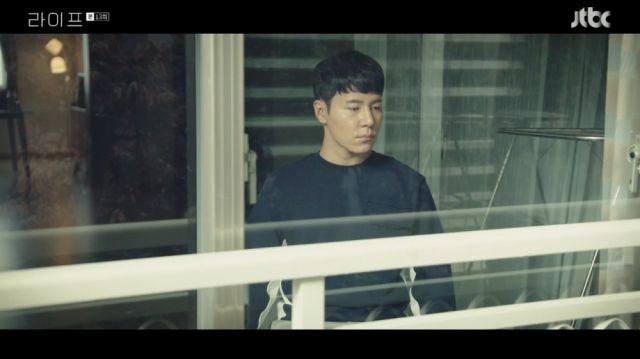 There are other issues with the episode as transitional filler. Se-hwa's (Moon So-ri) unknown whereabouts, Jin-woo (Lee Dong-wook) not picking up his phone for a large part of its duration, and other such convenient tidbits are very haphazardly trying to postpone the inevitable. It feels as if the creators injected all of this to meet the episode number, or accommodate for a possible sequel, and while I understand those pressures, the plot and story do suffer for it.

What these conflicts do offer is a moment of reflection and a further nudge for our characters to act towards the right direction. As much as I find forced misunderstandings in plots silly, the chasm between Seung-hyo (Cho Seung-woo) and the hospital rebels is something different. Jin-woo, Kyeong-moon (Yoo Jae-myung), and the rest can only judge the president by his actions, and our knowledge of his possible wish to protect them makes for engaging drama. 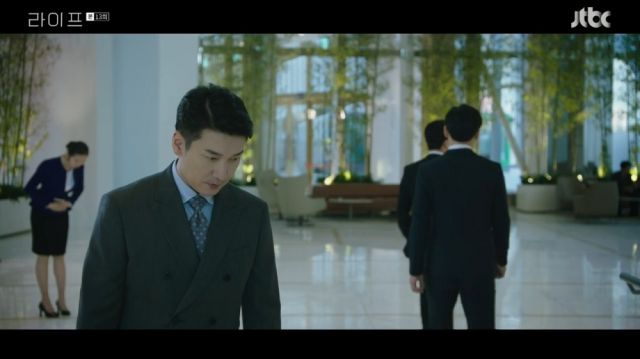 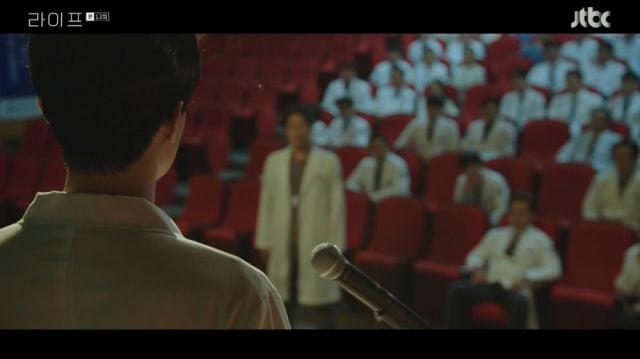 The ending is also promising, because Jin-woo taking responsibility for his own war has been a long time coming. Unlike what doctor Lee Dong-soo (Kim Won-hae) probably feels, it is not Jin-woo's fighting spirit which could be his undoing, but him alienating those who could fight with him. The way he responds to Tae-sang's (Moon Sung-geun) behavior will be the deciding factor in who will be left to shoulder this somewhat misguided fight.

I do fear that the drama can no longer become cohesive, due to the subterfuge now affecting what the series built before episode eleven, and due the little time we have left. The plot could have bridged the chasm between Seung-hyo and the rest before tackling Jo Nam-hyeong (Jung Moon-sung), but by making him an active threat so late into the game, we are now left meandering. I wish "Life" had made better choices for the final stretch.