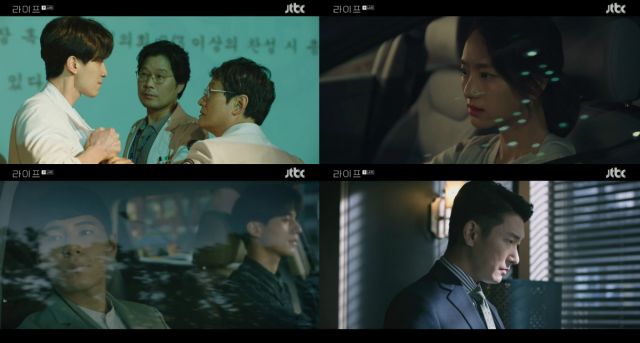 People have been keeping things to themselves for a long time at Sangkook University Hospital, but my guess about Seung-hyo's noble intentions might have picked up on a plan or backup plan devised even longer before the president's arrival. Jin-woo is finally facing things out in the open and head on, but we have a lot to get through in a small amount of time. Can "Life" wrap it all up, and does it even want to?

Seung-hyo (Cho Seung-woo) has clearly been hiding his cards from many, but there are a lot of things currently going on, and I am not sure who is an ally in the know, and who is simply playing his game. He kept Jin-woo (Lee Dong-wook) and Kyeong-moon (Yoo Jae-myung) in the hospital for a reason in the first place, and given how they are using his obvious breadcrumbs to attack Hwajeong directly, I am starting to see that reason. 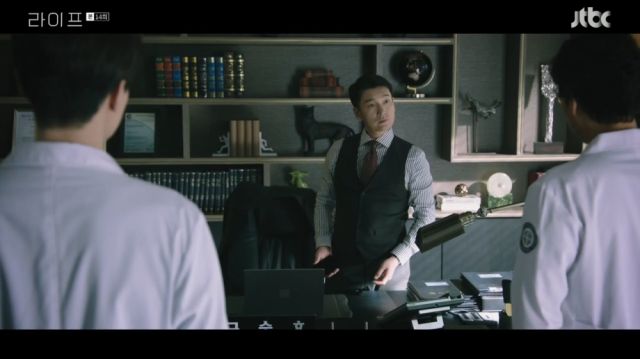 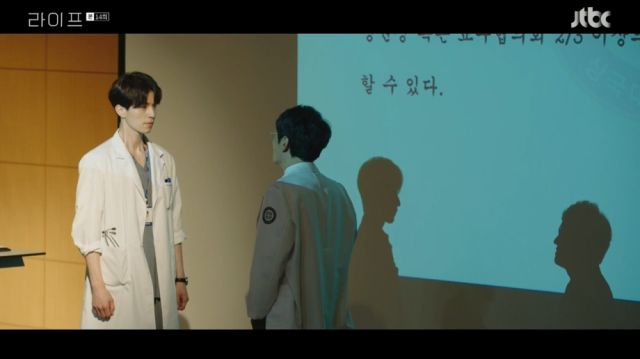 I assume that he is also behind Se-hwa's (Moon So-ri) absence, which makes the presence of No-eul (Won Jin-ah) and Seo-hyeon (Choi Yu-hwa) in her parking lot more confusing, for now. If the plot goes that way, some current happenings should have started developing earlier, because a shift of the story to an epic conspiracy piece will feel jarring so late in the game. "Life" struggles to connect the power games, office drama, and human stories at times. 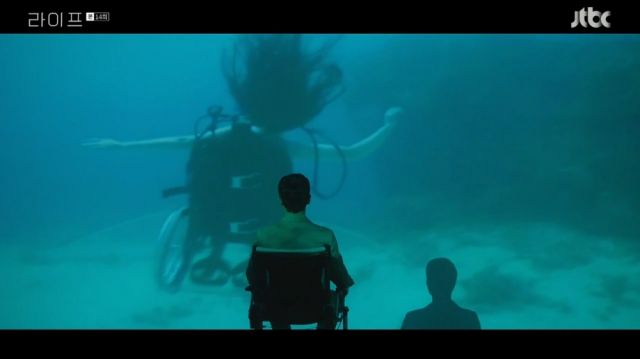 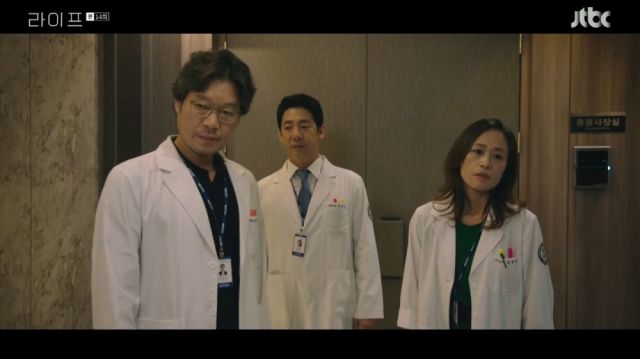 As for his brother dearest, ring the bells at the Temple of Finally, because I have been waiting for him to step up for a very long time. Like much of what is going on here, I wish it had happened in a more timely manner, but the satisfaction is still strong. Jin-woo's motives and approach have not become heroic throughout this story, but his spark, and Tae-sang's (Moon Sung-geun) defensiveness, finally put everyone in their place regarding their shared guilt.

It is a very realistic approach to what I now hope will not be a murder case. "Life" had been doing fine without main villains, and Kyeong-moon has always been the balancing force Sangkook has needed, not Jin-woo. I just wish that the staff collectively had the foresight to understand that Seung-hyo is not the source they need to attack, especially following recent events. Going by the preview, perhaps Kyeong-moon is that smart a cookie after all.