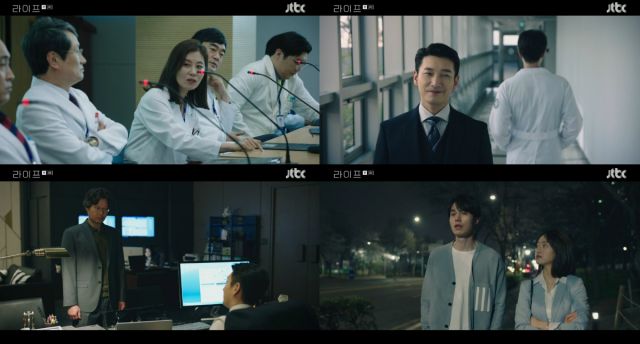 What I thought was an expert at playing it safe is just a rebel without a plan, as Jin-woo lacks the necessary strategic thinking to handle the Pandora's box that he has single-handedly opened. More importantly, he lacks the conviction to do so. Once again, Seung-hyo does what he knows best, and brings Jin-woo face to face with these lackluster efforts. Seung-hyo is clearly winning, and Jin-woo needs to catch up.

Kyeong-moon (Yoo Jae-myung) is a wise ally to this cause, but his self-sacrificing nature can and will get in the way. Jin-woo (Lee Dong-wook) and he need to learn how to play it safer, but still be on top of things, in order to last in here long enough to do good. The series does not shy away from the flaws idealistic, but unprepared behavior and weak resolve hide, giving Jin-woo and Kyeong-moon's rough resistance force in need of refinement dramatic value. 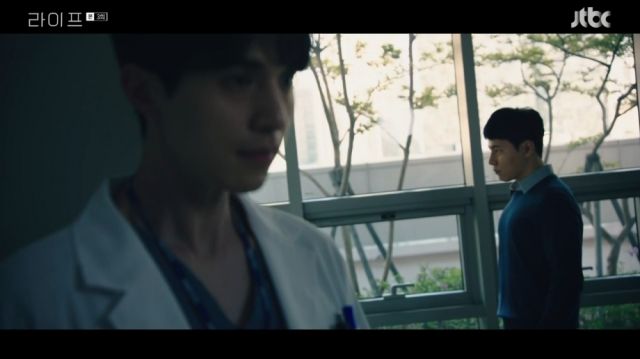 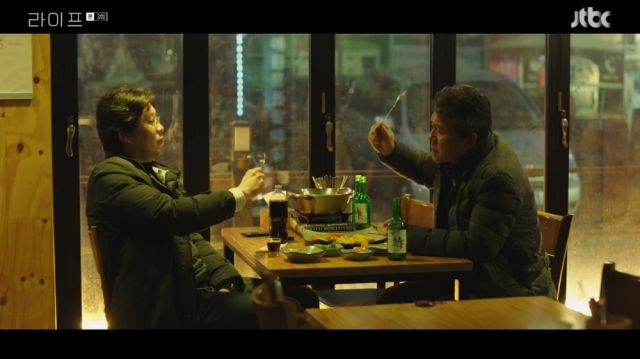 The episode starts building their characters with a timely and welcome look into their backstories and connections. The discussion between Bo-hoon (Chun Ho-jin) and Kyeong-moon is enlightening, and moving. Bo-hoon's love for the brothers puts their moral dilemma and disappointment into perspective, and gives them gravity. Kyeong-moon's knowledge of this, and his loyalty to his senior frame his sense of responsibility towards Jin-woo.

The young man will definitely need guidance, as his plate is full even beyond the hospital's reform. His hallucinations of an assertive, almost mocking Seon-woo (Lee Kyu-hyung) speaking the things Jin-woo does not dare speak carry a lifetime of guilt, envy, trauma and love. His personal life, and how he handles his brother's disability help us understand the character behind his successes and failures in this fight with Seung-hyo (Cho Seung-woo). 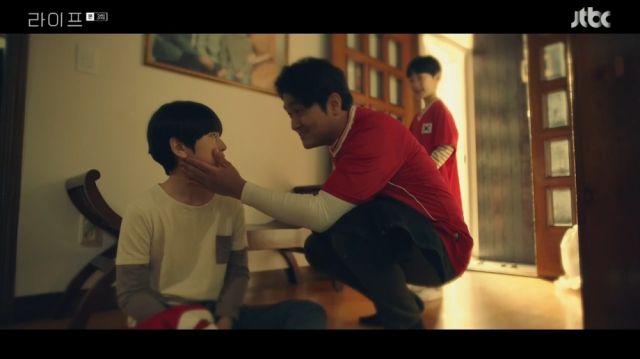 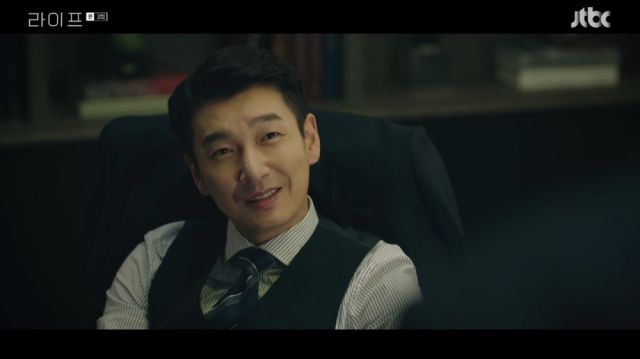 My curiosity now lies with our dictator dearest. Will Seung-hyo remain a devilish force to be defeated, or will he grow through this as well? More importantly, who is the man we are dealing with here? We know that he is all about the business in his work capacity, but his own inner world is hidden. If Kyeong-moon waking up covered in the operating room is his doing, perhaps we will be discovering interesting facets of him in time.

There are plenty of suspects for all manner of mischief around, and I am glad that Seung-hyo's contact has already been revealed as Seon Woo-chang (Tae In-ho). I originally thought that Bo-hoon's eyes were hastily removed in order to operate an iris or retinal scanner, but I do not see the drama going down that road. I am not sure if this death hides a conspiracy, but I think "Life" can be good, or even better of without one.