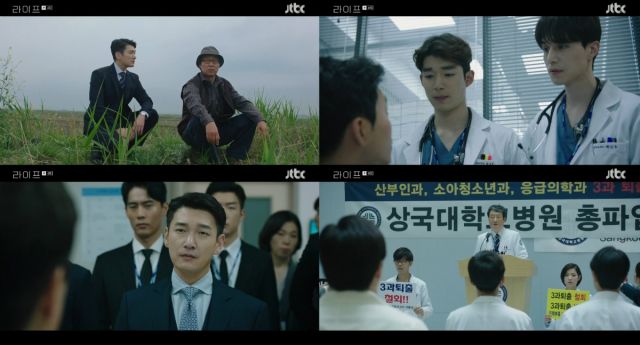 Episode four of "Life" keeps pushing the envelope on how far Seung-hyo will go to have control, despite his obvious reservations. From stealing land built on blood and tears to using a human shield in order to control a rogue element within the hospital, the man is determined. As morally reprehensible as he is, he is up against equally sordid foes, which brings us to the theme of the day; cowardice in the face of responsibility.

Everyone makes mistakes, but an environment which treats their existence as taboo to the point of erasure is a highly problematic one. Seung-hyo (Cho Seung-woo) has set out to revitalize a business, but the rot he is discovering is not of his own making. It has been festering in an institution vehemently clinging to a false image as a beacon of medical excellence and patient-first policies. An institution where lives are at stake. That rot is systematic, too. In a culture where working 88 hours a week is seen as leniency, people's health and capacity to work suffers. The rot Seung-hyo is uncovering cascades through layers of management, work culture and government neglect. From the ones at the top to the ones at the bottom. This includes Lee Sang-yeop (Uhm Hyo-sup), whose eagerness to distance himself from blame leaves him blind to the irony that is the similarities between himself and the ones he is chastising.

Both sides of this fight have cynical, neutral and idealistic people, and most are in need of help, support, but also discipline. The scene where the hospital elites pass the bulk of paperwork on to an already overworked Kyeong-moon (Yoo Jae-myung) is rather telling. The elitism leading to pride that cannot fathom doing grunt work is why so much is swept under the rug. Leaving effort and accountability behind in order to reap the benefits is seen as a rite of passage. 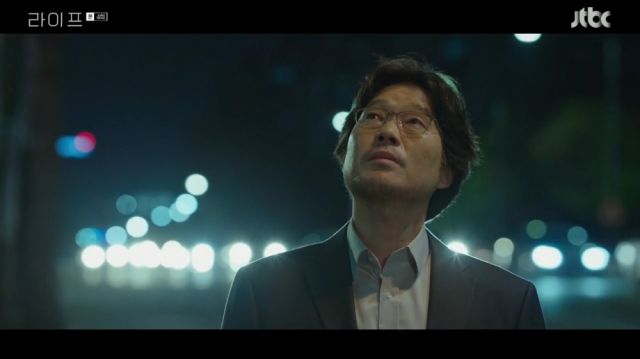 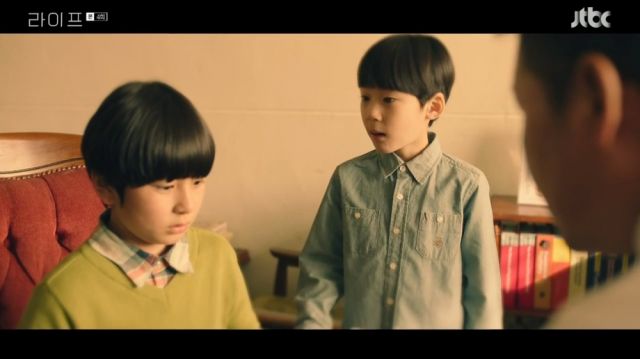 Jin-woo (Lee Dong-wook) is not yet prepared to tackle that rot from the inside. This episode addresses his hallucinations, and what they reveal is what we have already been seeing through his actions and thoughts. Jin-woo is someone who is deeply affected by hurtful and disappointing situations. Although his journey has begun as a desperate attempt to reclaim a past he cannot let go of, that rot is something that he will have to face head on.

He and Seung-hyo may very well have a similar trajectory. They are both the odd ones out, trying to create their ideal hospital, and realizing just how deep-seated its problems are in the process. What remains to be seen is whether these problems will become their priority, and why. "Life" does not strike me as a feel-good series out to create magical solutions for complex issues, and it does not have to be, as long as it gives us a solid story exploring them.