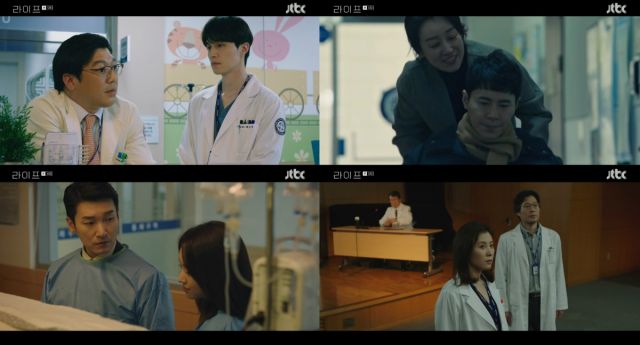 As the hospital prepares for a strike to end what they see as upper management tyranny, Seung-hyo gets a taste of the differences between spotting problems, and understanding them. With the press and the public becoming aware of the ongoing situation, Jin-woo has an important meeting with a more impartial force that puts some things into perspective for him as well. Communication is what the characters of "Life" are in most dire need of.

Seung-hyo (Cho Seung-woo) is on his way to understanding the difficulty of making profit while being humane in a capitalist society, but he also gets a lesson on how important knowing one's field is. His idea to over-charge parents for their children does not take into account that not all parents can or want to. If he has any hope of striking his desired balance between profit and quality, he needs to understand the nuances of medical services. 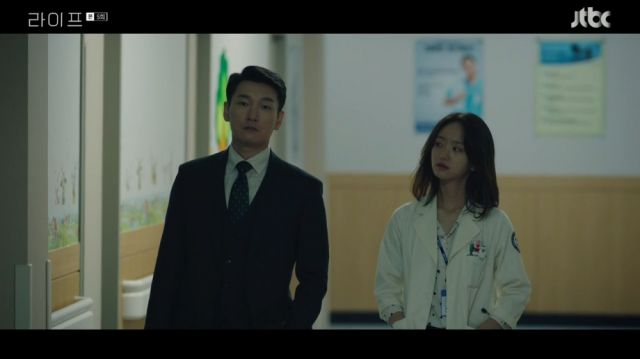 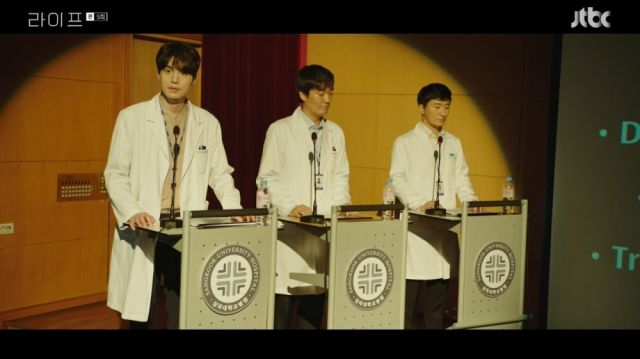 These are nuances that doctors live day in, day out, and so No-eul's (Won Jin-ah) approach of teaching is valuable. While everyone is busy fighting an enemy who could be replaced by dozens of his kind upon defeat, few have considered that the issues he has uncovered are in need of betterment. No one is willing to talk, or listen about improvement, because they feel attacked and more knowledgeable. Both sides try to force their goals without dialogue.

Jin-woo (Lee Dong-wook) gets his own wake up call from the reporter. His character has been someone who spontaneously lashes out to unfairness, but much like many of the staff, he has not considered solutions. He has also not considered just how badly his home away from home is in certain aspects. I talked about his self-centered reasons before, and we can see them in his reluctance to let go of No-eul as well. I am eager to see what he will develop into. 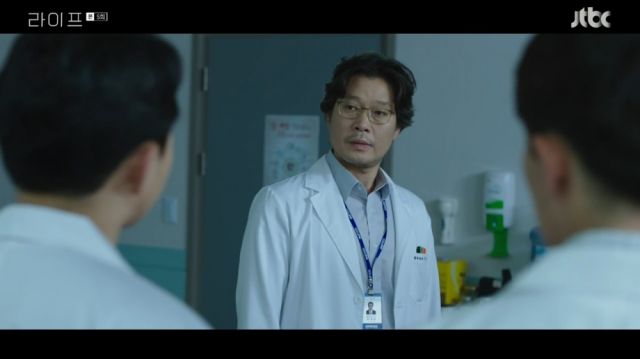 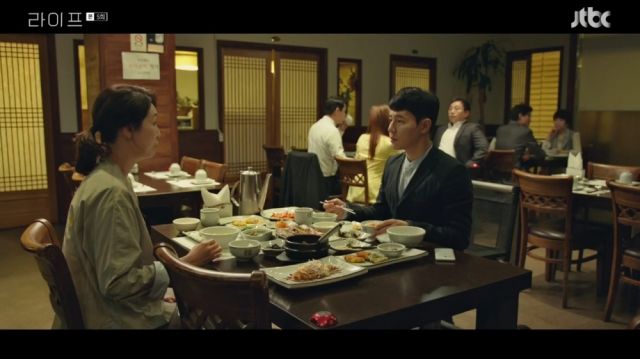 At the moment, Seung-hyo is the one who is changing the most. He is also the one trying to find a more functional and sustainable system. I am not seeing the corresponding growth from Jin-woo's character that I would expect as we enter the story's main act. Is he a protagonist in the fight for change, or is he an observer of the ones who will achieve it? And what of Seon-woo (Lee Kyu-hyung)? The series is clearly going somewhere with him.

I am happy with how the series is progressing, though I do have some reservations about what appears like potential romantic focus down the line. Perhaps my knowledge of Korean drama's obsession with it is just jumping the gun, but I sincerely hope that any romance happening has not been written as the driving force for character and plot development, leaving far more interesting elements hanging. I expect better from "Life".