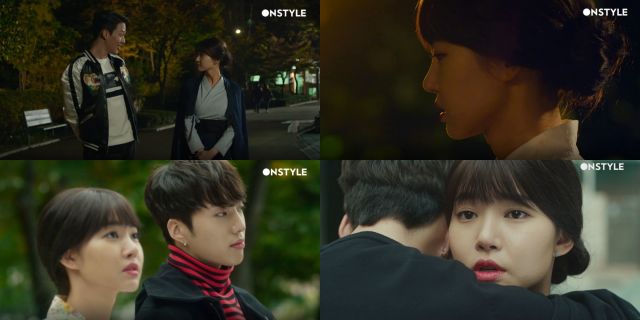 In becoming closer to Joon-woo, Mi-jo has realized the terrible truth that she has a very personal connection to the young man. This brings up all sorts of philosophical questions about what responsibilities an immortal woman owes to society at large, or to her friends. We're also left wondering what fears Mi-jo may legitimately have about the world around her in light of all this. Alas, "Love for a Thousand More" only ends up addressing the decidedly less interesting romantic angle of all this.

I have to admit I find it puzzling sometimes, how web-dramas can get fronted by such obviously strong concepts, only to predictably have underwhelming endings because there's no possible way to address all the issues that have been presented. And really, the production team doesn't even try here. A lot of the final episode is centered around a rap concert. I've got nothing against rap- honestly, the soundtrack is one of the strong points in "Love for a Thousand More". It's just, there was so much more going on here that wasn't properly resolved.

Like, what are we supposed to make of that last minute ominous revelation about Jason's backstory? Or even on the mundane level, why does Yeon-ji take rejection so well after having been focused on it for so long? She didn't even receive a real rejection- Joon-woo just kind of shuffles about non-responsively, as is his habit, because aside from the occasional moment of kindness he never really says or does anything except act kind of gruff.

Mi-jo's attractiveness as leading lady is much easier to parse because...look at her. Just look at those beautiful outfits she wears every single episode. How are these not a thing in the real world? They're not out of place or anything in a modern environment. That's how cool they look, that we can see her at a rap concert, just doing her business in the street or whatever and it all looks totally normal and seamless.

I'm sure I've made these comments before. Which I suppose is the main central problem with "Love for a Thousand More". The good parts are so good it just makes me wish the production team had put the same level of intricate detail into the entire story. Why even bother with the whole immortality angle if you're not going to do anything with it? Just make Mi-jo a hip girl who's into old school stuff. Rappers can dig that too I'm sure.