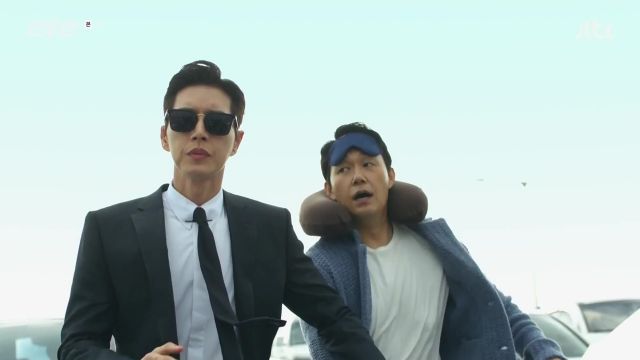 Although "Man to Man" doesn't have too much substance yet, I can genuinely say that I'm having a blast watching it. Park Hae-jin is winning; Park Seong-woong has wry comedy down pat; and Kim Min-jung, despite her annoying character, has impeccable delivery. Of course, the quality of the production is high and the writing is witty. I'm looking forward to how this show rolls out.

Storywise, the main characters are shoved together and have to get used to each other. Woon-gwang's ego is a tool used for plot manipulation, moments of laugh-out-loud hilarity, and also to juxtapose his sincerity in caring for those around him. As a foil to his funny man, Seol-woo is a dashing straight man whose almost superhuman ghost spy skills keep Woon-gwang in check. This includes mocking the wrist grab the slow-mo run down the street, standing closely together in an alleyway, and spending copious amounts of time together. Do-ha functions almost as a third wheel to this budding bromance, sparking suspicion of Seol-woo in those around her and especially Woon-gwang. She's determined to have Seol-woo fired, jealous of his new relationship with her Oppa Woon-gwang. But there is also a spark of interest in Seol-woo regarding Do-ha, so this could be an interesting love triangle. 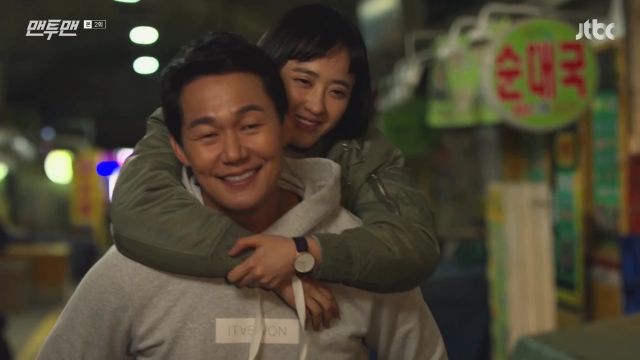 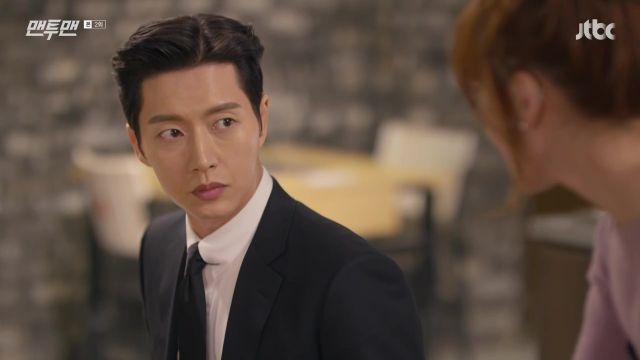 Seung-jae continues to be an imposing presence (and part of that is owed to Yeong Jeong-hoon, a perpetually fantastic actor). His dangerous partnership with Congressman Baek (Chun Ho-jin), who is equally ambitious and perhaps more ruthless, starts to flesh out as we see the lengths they will go to in order to secure political power. Both this pair and Seol-woo and his organization are after wood carvings that will lead them to a powerful secret. There is definitely a confrontation between the parties brewing.

Seung-jae's wife, Mi-eun, definitely harbors feelings for Woon-gwang. She constantly puts herself in his path and Seung-jae is no fool - he has cottoned onto her interest and doesn't like it one bit. His ego and tendency to do anything to get what he wants foreshadows a tense relationship between him and Woon-gwang that probably won't result in anything good. 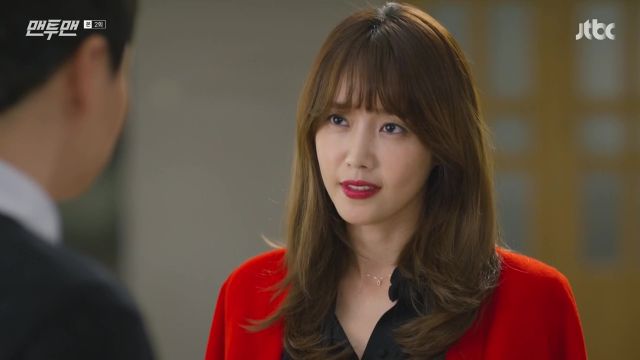 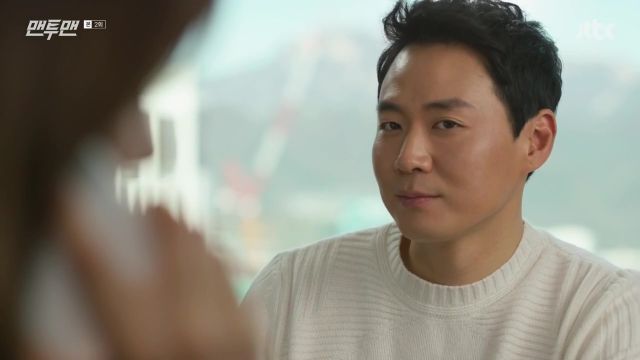 Much in the line of many action films, the end of the episode ends in an epic car chase with Seol-woo driving maniacally to save lives and prevent everyone from careening over a steep cliff to a most certain demise. Although I'm a critic who loves some substance, it was pretty exciting to watch. I'm anxious to see what happens, which means "Man to Man" is doing it's job as a television show.