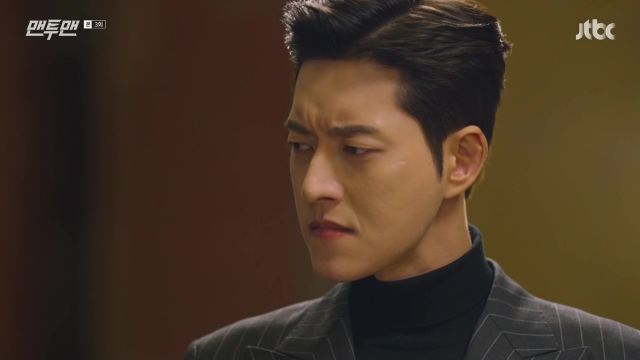 "Man to Man" wastes no time jumping into the action of its tale. Seol-woo and Woon-gwang's bromance quickly steams up while the search for the wooden tablets become more urgent. In the midst of it all Seol-woo slowly, and unwillingly, becomes integrated into Woon-gwang's loving gang of misfits. Against his better judgement and desires, I do believe Woon-gwang and Do-ha are getting under his skin.

Viewers learn about Woon-gwang and Do-ha alongside Seol-woo, opening our hearts to the strange pair at the same time as the reticent ghost agent. Woon-gwang was in a major accident before and woke to find that his love, Mi-eun, was engaged to Seung-jae. He had to work through heartbreak back to health, which he achieved in body, but not in soul. During this period of difficulty he met Do-ha who was suffering through the death of a loved one and the incompetency of her money-wasting father. They became close as they supported each other back to successful functioning, he as an actor and she as his manager. Along with Seol-woo we learn about this and start to understand them more. Seol-woo fights the inklings of affection, pity, and understanding that break through his ghost agent super wall of defense, but that's the stuff that we love to watch happen on screen. Especially when it results in epic bromance. The bromance grows to such an extent that it actually hinders some of his secret agent work. It is the bromance that also allows for the quirky humor of "Man to Man" to peek through the more serious aspects of the show, namely the plans of the ruthless Mo Seung-jae and Congressman Baek. 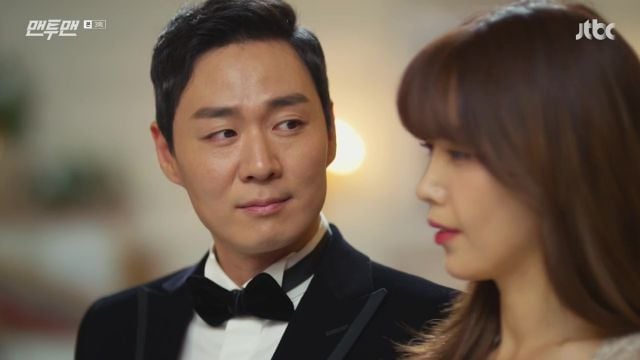 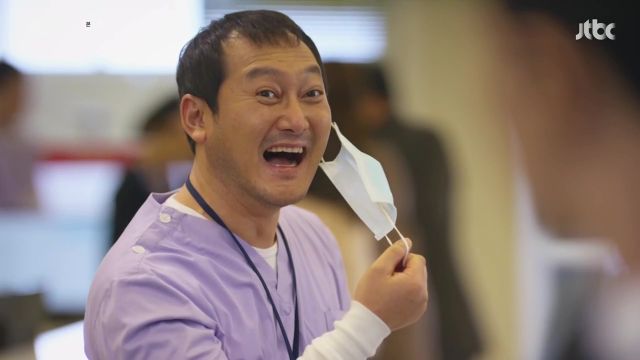 Humor comes in several ways. Seol-woo does the bidding of the silly Woon-gwang, acting out the woman's part during a script reading, or in small bursts of annoyance when he's roped into another menial, stupid task. Then there is Seol-woo's handler, Lawyer Lee (Jung Man-sik), who is tickled pink to have something other than lawyering to do. He loves playing secret agent again. The humor does make the procedural aspect of Seol-woo's work a little less believable, but it doesn't hinder the overall flow of the story, so it is a minor complaint. Procedural K-dramas are rarely heavy (or accurate) on the procedure.

Another added element of episode 3 (really, it's quite a feat to pack this much into the first three episodes and have all those elements be effective!) is that Do-ha begins to accept Seol-woo when he protects Woon-gwang effectively multiple times, once with a clingy actress, and once with the dangerous car crash orchestrated by Seung-jae. That acceptance opens the doors for small moments of understanding between the two of them. It also doesn't hurt that Woon-gwang roped Seol-woo into living with him for 24-hour protection. Co-habitation is a favorite and effective romance/bromance tool. 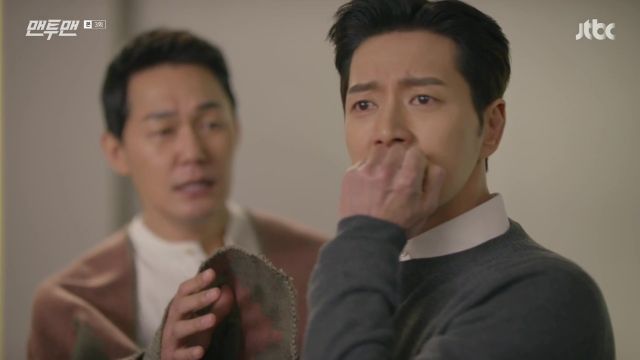 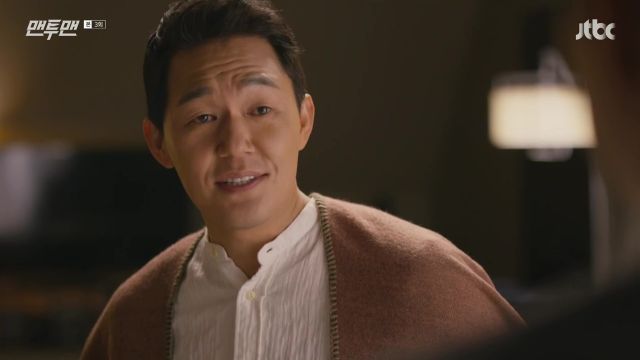 As for Seung-jae and his wife, they are definitely at odds, with Seung-jae feeling possessive (perhaps jealous) over her continued feelings and underhanded protection of Woon-gwang, and Mi-eun unable to extract herself from Woon-gwang completely. Seol-woo uses this connection to his advantage to spur Woon-gwang back into his schedule, which feeds directly into Seol-woo's plans for securing the wooden tablet everyone seems to be hankering over.

So far, so good "Man to Man". I'm into this and I'm finding very little critique. Onwards!