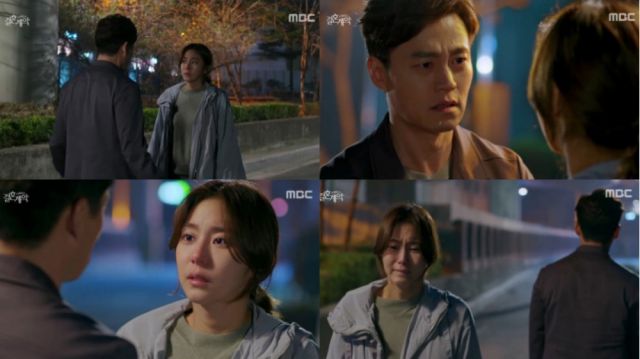 While I've liked the melodramatic love story in "Marriage Contract", the drama has about reached the point where it's gotten a tad repetitive. This episode marks the second straight one where Hye-soo spends nearly the entirity of the runtime simply turning Ji-hoon down without explanation. Even granting that Hye-soo has her reasons, it takes such an extended slog for the dynamic to change with new information that by the end I mostly felt exhausted.

The subplots fail to take up the slack mostly because there's not much in the way of subplots at all, at least when it comes to meaningful progression. Jeong-hoon asks a lot of good questions of his father yet doesn't really obtain a satisfactory explanation. Seong-gook has not gotten the hint that of his two sons, Ji-hoon is most definitely not the one who's in any kind of mood to act agreeable to dad. 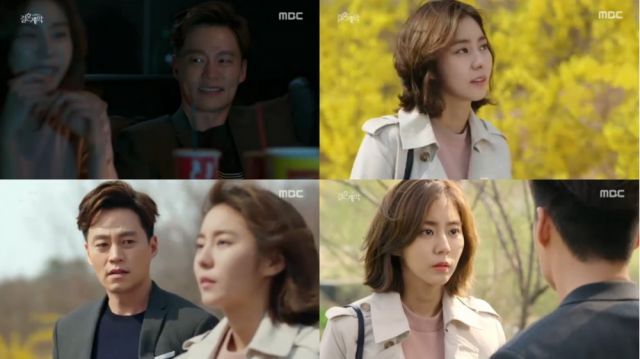 Na-yoon's potency as a villain has also mostly been nipped mainly because she never really talks to anyone. Her plan to marry a man who has little to interest in even talking to her is pretty weak. I'd really just like to know more about backstory, how did Na-yoon meet Ji-hoon, why she thinks they have something special, and most importantly, why did he break up with her? Many characters have potentially valuable insights like this yet we haven't seen very much of that since the early episodes.

These are important questions because they all promise to elucidate the main essential question of the drama, which is why Ji-hoon and Hye-soo should be together. The best moments in "Marriage Contract" are the ones that most starkly illustrate this contrast by showing what their lives are like without each other. Ji-hoon's drunken approach is the closest this episode gets to one of those moments, and while his defeated, cynical self is terrible to behold, that Hye-soo lets him go on like this doesn't speak greatly of her character either.

Hye-soo is a trooper, and while I can understand her decisions, the current worst-case scenario plan is a bad one. Joo-yeon's reaction to Hye-soo's heartfelt request is honestly a pretty reasonable one. Joo-yeon's a true friend and all, but that much is a huge commitment considering Eun-seong still has living relatives aside from Hye-soo. They, too, remain very undeveloped, which is disappointing given the potential of their characters to make a meaningful impact on the greater narrative.