[HanCinema's Drama Review] "Marry Him If You Dare" Episode 15 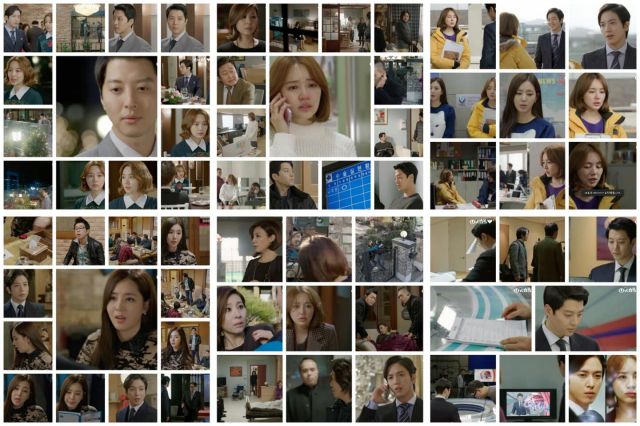 Several conflicts come up this episode, from the somewhat suspicious nature of Kim Sin's new job, the strong opinion Mi-Ran has about the potential future of the relationship between Mi-Rae and Se-Joo, to Joo-Hyeon's surgery. There's a surprising lack of urgency about any of these events, though- as if the drama, essentially realizing there isn't enough time left to turn any of these into a serious crisis. Consequently, here we only seem to be only lightly touching on the fact that a lot of the problems these characters face haven't really been resolved.

Even last episode's cliffhanger comes off as pretty irrelevant. Granted, it felt that way at the time, too. If future Mi-Rae is, in fact, completely unaffected by her actions in the past, well, that really only affects her personally. Everyone else's lives will go on as they would have even if she hadn't left. But future Mi-Rae herself won't get any closure about whether everything she did was actually for the better.

Ironically that's also the same situation we find ourselves in as the audience. In most dramas I'd be worried about having this many plot threads still unresolved with only one episode to go. Look at what happened to "Shark". The main factor working the favor of "Marry Him If You Dare" right now is that there's a very strong sense that future Mi-Rae was never able to solve anything but a very limited set of problems. That's an unusually humbling possibility for a storyline about using time travel to solve romantic dischord.

But if the overall direction of the storyline was really about future Mi-Rae all along, where does that leave the rest of the cast? Well, for the most part they're not doing too badly actually. The justice behind Mi-Rae's romantic plotting has always been a big question mark, but outside of that the cast members are doing better now than they were at the beginning of the drama. Their careers and health are in a more stable place.

However, as the last couple episodes of kind-of-an-epilogue indicate, this is not necessarily a great thing on its own. In that sense it's understandable why future Mi-Rae is so reluctant to leave them behind, even though this is pretty much an inevitable thing at this point. A lot of understanding what was going on in this drama is going to hinge on the final episode. Hopefully the answer isn't going to come from a series of bombastic dramatics- that would really be cheating considering the main strength of "Marry Him If You Dare"'s narrative has been its moral ambiguity.

"[HanCinema's Drama Review] "Marry Him If You Dare" Episode 15"
by HanCinema is licensed under a Creative Commons Attribution-Share Alike 3.0 Unported License.