[HanCinema's Drama Review] "Marry Him If You Dare" Episode 4 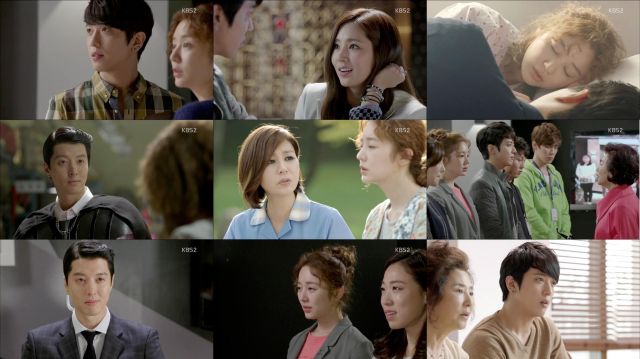 Jeong Yeong-hwa and Han Chae-ah have really good chemistry as the beta-couple in "Marry Him If You Dare". There's a deliberate give-and-take in their interactions that's absent when either of these actors are on-screen with any other characters. When their characters meet up in a bar, and end up talking for basically no reason, this conversation goes on a long time even when the perfect excuse comes up to ditch it.

Likewise, we get a taste of how Kim Sin and Mi-Rae were able to get together in the original timeline. It was not entirely, as we have been led to believe, just a case of Kim Sin feeling bad because he sent Mi-Rae to the hospital. There's an excellent repartee between actors Lee Dong-Geun and Yoon Eun-hye that likewise comes out at the slightest provocation. Kim Sin just taking an interest in Mi-Rae for whatever reason is enough to set this off.

Even when, as in this case, the impetus is something as bizarre and out-there as random dreams from another timeline. We're not getting any explanation for the source of these dreams just yet, nor is it readily apparent who that guy was that we saw in the time chamber. But the drama does an excellent job livening up proceedings by presenting us with these cute flirtatious scenes that feel like they're ripped straight from a romantic comedy with no fantastic elements at all- and really begs the question of what exactly future Mi-Rae's plan is.

Every episode so far has fallen into a pattern. We start out with the cute weird stuff, and as the general shock of these current narrative ends wears off, and we focus on the more mundane day-to-day life aspects of these characters' working lives, it gets a bit more difficult to pay focus. For an alert viewer this decrescendo poses no serious problem- but to the tired drama fan it can be troublesome staying alert.

The main credit I can give "Marry Him If You Dare" as regards this pattern is that every episode has so far reliably forced a major shake-up, not for the cliffhanger, but for the several exciting minutes leading up to the cliffhanger. And this episode does excellent work in that department when future Mi-Rae, as if realizing the fact that the chemistry we've seen this episode throws the value of her entire plan into doubt, decides to take an extreme step into bringing her goals into fruition. And that's certainly one way to keep the audience guessing- how the heck am I supposed to figure out where this plot is going when future Mi-Rae will completely turn the rules upside-down at a moment's notice? It's an intriguing, effective way to keep the storyline moving. My compliments to writer Hong Jin-ah for the scripting, as well as to the cast for pulling it off.