[HanCinema's Drama Review] "Marry Him If You Dare" Episode 6 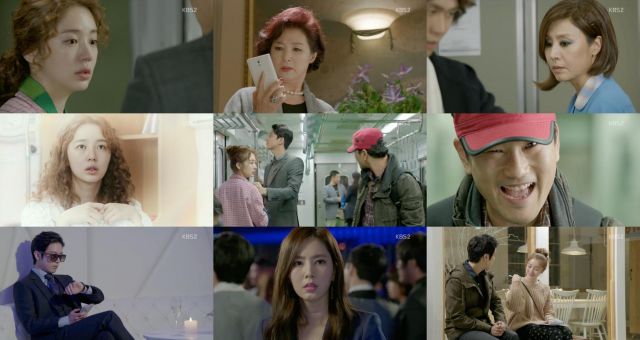 Almost immediately after future Mi-Rae's apparent clairvoyance is discovered, she makes another shocking prediction that forces the entire cast into crisis mode. This wasn't exactly what I had in mind when I wanted the characters in this drama to exhibit more agency, but I'm not going to argue with what works. There's excitement and action galore here, and best of all, none of this overshadows the characterization.

For starters, the fact that future Mi-Rae has been keeping this information to herself this whole time, and only appears to be bringing it up now to further her own plans, really seems to obviously put into question her motives. But then almost right away the other characters discover how just knowing the future doesn't really help them change it, and indeed, prior to the lightning strike it's unlikely anyone would have taken future Mi-Rae's predictions seriously.

Then the drama throws another reversal on top of all this by revealing new information that future Mi-Rae failed to mention that throws everything into a giant mess. The result is this excellent sequence of twists and turns that reveal just how hard it is to right what was once wrong even when the agent of destruction is just some random nutcase with a lighter. All of a sudden assassinating Hitler doesn't sound so easy.

Once that plotline is resolved the drama moves into lighter territory regarding the love quadrangle. We get to see more of Yoo-Kyeong's adventures outside of the main cast, and I must admit I really like these little forays. Yoo-Kyeong's negative character traits only really come out when she's dealing with people she's competitive with- outside of that she's just another typical person trying to make her way in the world. Maybe succeeding, maybe not, but she has an excellent sense of agency and is at least trying to decide her own future. Yoo-Kyeong doesn't need any help from future entities to make that much movement.

Although, if the preview is any indication, she may decide to accept help from future Mi-Rae because, hey, why not? There's plenty of interesting revelations to keep matters livened up this time around. I particularly like how the Wild Card is Kim Sin- or, more specifically, the fact that future Mi-Rae doesn't know how Kim Sin's romancing attitude work absent the context of a meet cute car accident. Future Mi-Rae has already shown herself mortal enough this episode for that much to be called into question.

"[HanCinema's Drama Review] "Marry Him If You Dare" Episode 6"
by HanCinema is licensed under a Creative Commons Attribution-Share Alike 3.0 Unported License.