[HanCinema's Drama Review] "Marry Him If You Dare" Episode 8 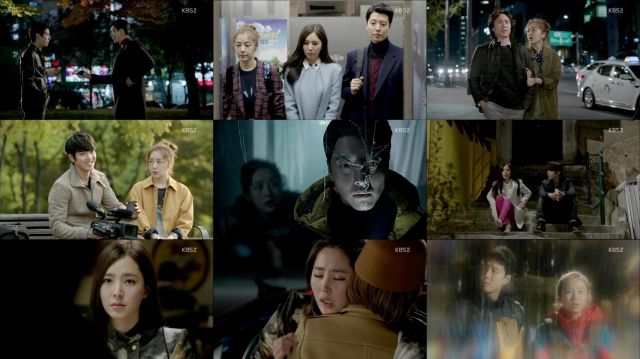 If the last episode went too far with its romantic plotting, this time around "Marry Him If You Dare" makes a concerted effort to avoid showing off any kind of convincing chemistry between the leads at all. It's nice seeing that Mi-Rae's actions have consequences in terms of the way other characters feel about her. Kim Sin and Se-Joo both clearly pull away from her, suddenly a lot more uncertain about how much they really like the woman when she seems to be playing them off each other.

Mi-Rae isn't actually scheming- she's just not thinking through her actions very well. The older women on this drama, however, very much begin plotting in earnest here. Mi-Ran has some successes and some failures in trying to discern more about the relationship between the two Mi-Rae's. The results are rather telling- present Mi-Rae actually does a better job rebuffing the scheming executive, even though future Mi-Rae is the only one aware of the actual stakes involved.

Part of what makes the conflict between Mi-Ran and future Mi-Rae interesting is that future Mi-Rae is, age-wise, probably about as old as her rival and has access to lots of personal information even Mi-Ran herself doesn't know. But she still basically remembers, just through sense memory, that Mi-Ran is an old, mean, smart woman who is extremely capable. Future Mi-Rae seems to dedicate most of her energy to just not being intimated by Mi-Ran's personality- and while this is important, anticipating Mi-Ran's next move and motivation really should have the higher priority.

There's a similar dynamic at play with Joo-Hyeon (played by Oh Jung-se) who future Mi-Rae constantly calls oppa even though this makes no contextual sense from his perspective. This episode she lets him in on some extremely important information- but whether he's actually going to be able to that much with it is unclear. Future Mi-Rae still doesn't seem to appreciate that all of this is riding on her own actions- her younger self can't be trusted.

Indeed, while I mention this episode is notable for its lack of romantic chemistry, some of it still comes trickling through just out of sheer habit. There's a great imagination spot in this episode, where future Mi-Rae envisions a situation that is completely at odds and opposite with the reality that we've seen so far- yet is still perfectly in keeping with what we've seen of Kim Sin and present Mi-Rae's characters. And if the cliffhanger is any indication, well, the scheming will just have to get kicked up another notch.

"[HanCinema's Drama Review] "Marry Him If You Dare" Episode 8"
by HanCinema is licensed under a Creative Commons Attribution-Share Alike 3.0 Unported License.