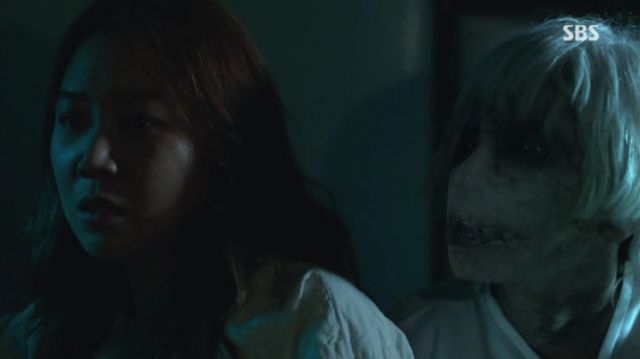 It's that time of year again. The Hong sisters, Hong Mi-ran and Hong Jeong-eun, are back with a new drama. They are known for their witty dialogue and heartfelt characters like in popular dramas "You're Beautiful" and "The Greatest Love". This summer, along with "City Hunter"'s director Jin Hyeok, they bring us Master's Sun, a horror romcom starring Best Love's Gong Hyo-jin as Tae Gong-shil, a woman who can see terrifying ghosts and loses sleep because of them. Opposite her is the money-loving, dyslexic Joo Joong-won played by the charismatic So Ji-sub.

The opening of the show immediately throws you into Gong-shil's world: dark and eerie. She walks through life feeling afraid, which is a very captivating premise. The orchestral accompaniment and creaking sound effects initially add to the mood, but then become overpowering. And then the first ghost appears and it's a CG nightmare. At first, it's creepy, but the graphics are so awkward that the fear factor is gone in minutes. However, Gong Hyo-jin's acting is marvelous and she grounds the scenes with the coarse CG ghosts. Her fear is palpable. 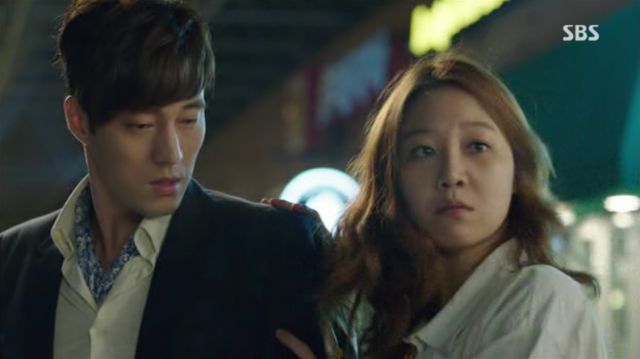 It's interesting how Gong-shil has been seeing ghosts for a while and yet they still scare her. They approach her as distorted, ugly beings and change into their human forms once she decides to listen to their feelings and requests. That's her job: never sleep because ghosts always want her to tell someone living their final wishes. I love this idea because by the time she meets Joong-won, she's strung out and crazed due to exhaustion and constant fear-induced adrenaline rushes.

Then, when Gong-shil and Joong-won meet and she accidentally touches him, she discovers that contact with Joong-won makes the ghosts disappear! That makes physical touch a very important factor in the drama and I'm dying to see how the Hong sisters will create hysterical situations from ones that are based in fear.

As for the characters themselves, Gong-shil and Joong-won are the most firmly established and are very well thought out. While fearful and exhausted, Gong-shil still has a childlike approach to situations and people. She is a generally adorable person. When she meets Kang Won played by a very much grown up Seo In-guk, her flirting is so shy and cheesy that it's endearing. Kang Won seems to enjoy her peculiarities, which makes me like him. He seems the type to see deeper into people. Joong-won is the complete opposite. He doesn't care to see past the surface of people. In fact, he seems to avoid getting close to them at all. Instead, he focuses on making money and using his amazing grasp of sarcasm to mock, ridicule and get what he wants. And that makes Gong-shil a perfect woman for him. She has her own issues and doesn't really perceive sarcasm all that well. He doesn't get to her like he gets to other people. That will make him have to open up with her. And she'll be getting all handsy to get rid of ghosts.

So Ji-sub's Joong-won reminds me a little of Cha Seung-won's Dok Go-jin, but that's not a bad thing because Joong-won is not as flamboyant as Dokko Jin and he has different motivators. 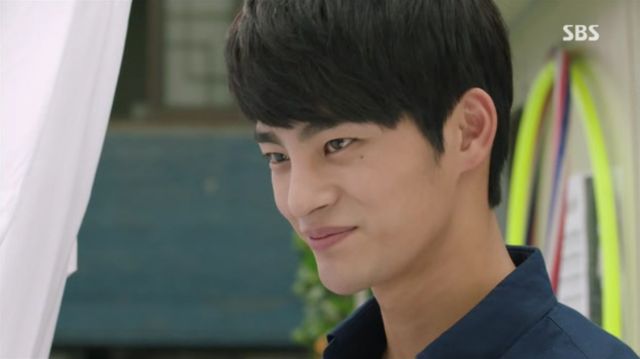 Now let's get to the tone of the show. It was erratic and never settled down. The first part of the episode was creepy and made the ghosts a scary part of "Master's Sun" story world. Then, as Gong-shil tried to fulfill the wish of a ghost that brought her and Joong-won together, the show suddenly turned into a ghost/human matchmaking session. The mysteriousness of the ghost world was obliterated. Basically, Joong-won is holding a celebrity wedding at his shopping mall "Kingdom". Tae Yi-ryung, the second female lead played by Kim Yoo-ri, is the haughty bride-to-be who has a shared past with Gong-shil; maybe her sister? In any case, the ghost is the groom's dead wife and Gong-shil's job is to relay how much dead ghost wifey loved him. The entire time Gong-shil is running around and dealing with the situation, it feels like a completely different story than the beginning of the show. The Hong sisters and Jin Hyeok need to step up and clear up this mess.

Oh, and they need a new makeup artist. The ghost looks like she left the makeup chair halfway through application.

All-in-all it was a rocky start. But there's potential there as long as the tone evens out and the show relies less on CG and a little more on directing, camera angles, costuming, makeup and the awesome cast.